There is no hiding the annoyance of Turkish officials because of Greece’s acquisition of the French-made Rafale fighter jets.

Although they are trying to degrade and devalue the supply of the only fourth generation aircraft in the region, their constant statements testify to their concern about this development.

Answering a journalist question, the President of the Turkish Defence Industry, İsmail Demir, stated that with the purchase of Rafale, “[Greece] does nothing but increase its expenses”.

The newspaper added that “The balance of power is always in the favour of Turkey.”

Referring to the 2022 targets for the country’s defence industry, Demir noted that the modernisation of F-16s continues to be a priority and that Turkey has the appropriate technology.

Regarding the acquisition of the F-35 , he described as “illegal” the unilateral withdrawal from the production plan, saying that with the USA: “Negotiations will continue”.

As for the domestic fighter aircraft, he announced that: “it will leave the hangar on March 18, 2023.”

He also referred to the recent cancellation of the purchase of 30 T129 ATAK helicopters from Pakistan due to the inability of Turkish Aerospace Industries to acquire LHTEC CTS800- engines 4A from the US. 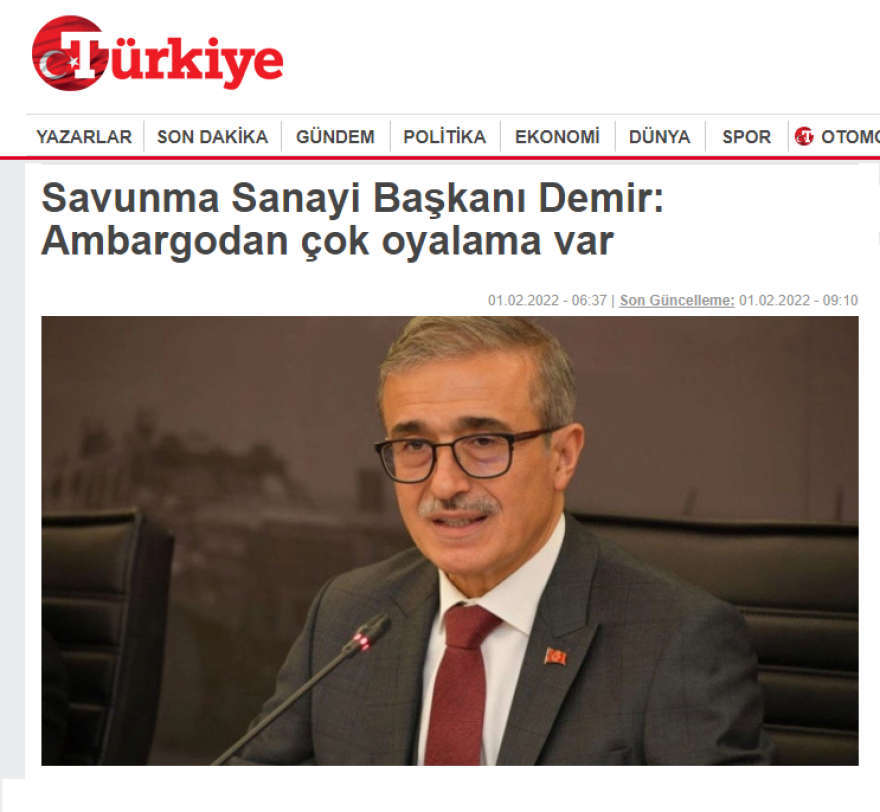