Under the headline: "Patriarch Bartholomew and the Greek Deputy Foreign Minister attended a service in Imvros," Turkish newaspaper Sözcü presents the visit of the Greek Andreas Katsaniotis to the island for the inauguration of a renovated church. 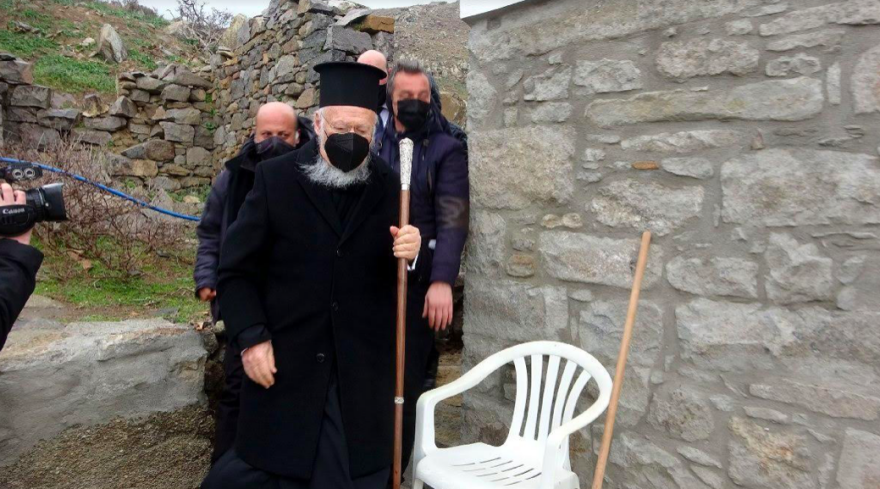 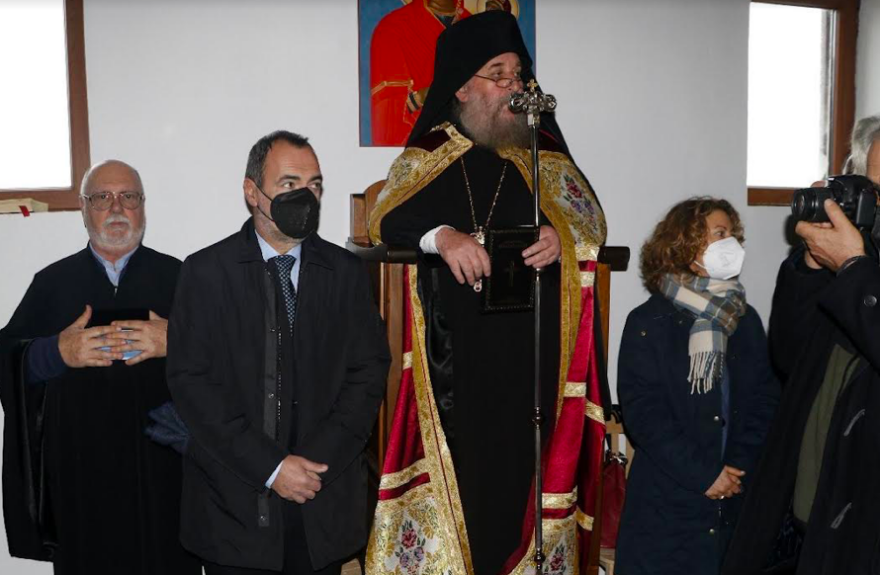 The inauguration took place on Tuesday in an atmosphere of intense emotion and in the presence of expatriates and visitors from Greece and abroad.

During his visit, Katsaniotis, who visited the island for the first time, met with the Greek community there, the Metropolitan Cyril of Imvros and Tenedos, with local government bodies, as well as the Greek schools.

Sözcü and other Turkish media present the news of the presence of Bartholomew, describing him as the "Patriarch of Fanari", and Katsaniotis in Imvros.

READ MORE: Expatriate from Australia brings Greek life back to Imvros after decades of Turkish persecution.

They said that the church is located in one of the most remote and highest points of the island, opening its doors to the faithful 55 years after being shut and the completion of restoration work.

The St. Tryphon Church in Schinoudi was inaugurated after the completion of renovations.

Meanwhile, Prime Minister Kyriakos Mitsotakis and Foreign Minister Nikos Dendias stated their support for the Greek minority of Imvros, an Aegean island that forms part of the Republic of Turkey, during the annual New Year’s event of the Imvros Association of Athens in January.

“You will have the full support of the Greek government in your efforts,” stated Mitsotakis, adding that “We will reinforce you both materially and morally, pressing Turkey in every international forum to respect what it has signed.”

The prime minister recognised that some steps have been taken, like the reopening of schools that were arbitrarily shut down in 1964, but pointed out that there is still much to do until the citizens of Imvros, full Turkish citizens, have equal rights.

“Greece stands with you wholeheartedly,” he concluded.

For his part, Dendias said: “We will continue to be by your side, utilizing every tool available to us to achieve this goal."

"We will, at any given chance, remind Turkey of its commitments and publicize the injustices that the Greeks of Imvros suffer,” the Greek head of diplomacy added.

He also called on Turkey to respect Article 14 of the Treaty of Lausanne, which calls for guarantees for the population of the island.

Dendias assured participants that the Foreign Ministry was going to great lengths to help aid and preserve the legacy of the Greek minority on the island.

Casualties confirmed as Turkey targets PKK in Iraq and Syria

Patriarch Bartholomew in Imvros for his sister's funeral