A 23-year-old arrested as a suspect for the football-motivated violence in Thessaloniki's Harilaou district, in which a 19-year-old was stabbed to death and two others were injured, was on Thursday charged with murder and attempted murder, committed jointly with others, after appearing before a Thessaloniki public prosecutor.

The man is accused of being one of a group that savagely attacked five youths with a sharp implement in the early hours of Tuesday morning, killing one and injuring two others, solely because of their support for a rival football team.

In addition to the above charges, the prosecutor also charged the 23-year-old with lesser charges that included assault and use of dangerous objects with the aggravating circumstances envisaged under the law for sports, as well as illegally carrying and using weapons. 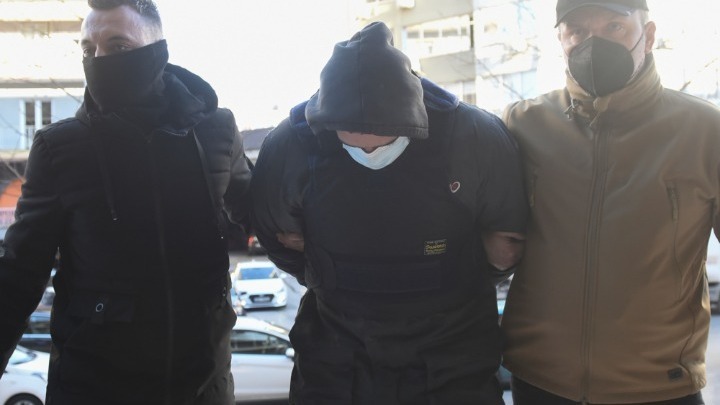 The 23-year-old then appeared before an examining magistrate, who gave him until Monday afternoon to prepare his testimony.

In the meantime, a second set of charges has been drawn up against him, which is linked to the police investigation in the wake of Tuesday's murder at a team fan association in the centre of Thessaloniki, where he is a member.

This involves a series of misdemeanour charges for which he was referred to the Thessaloniki police court, where he was taken after appearing before the examining magistrate.

They include running a sports fans' association without a licence, possession of items that can cause harm, possession of flares, illegal weapons possession and receiving the proceeds of crime.

ATHENS: How the priest "fished" girls through Facebook and what the rape case reveals