The Boulogiorgos confectionery makes the most delicious Farsalon halva (traditional dessert originating from Farsala), made with corn starch, sugar, melted clarified butter and toasted almonds, as well as many other syrupy delicacies.

Travel met Panagiotis Boulogiorgos, who, after detailing the 42-year history of the business and the contribution of his father Ioannis, showed how they make this unique halva that is talked about all over the city.

Panagiotis, 36, grew up in the workshop where he learned the best way to make their sweets next to his father.

He then attended classes at a pastry school in Thessaloniki.

He adds water and sugar to the copper pot and as the temperature rises, he stirs to make syrup.

Boulogiorgos then adds butter and cornstarch, continues to stir as the mixture begins to thicken.

Meanwhile, as it blends with the butter and takes on that ruby red colour, the room is already filled with aromas.

Depending on the version, you can add almonds or other nuts.

Even when leaving the confectionary, the aromas do not fade and a warm piece of halva is waiting for us to taste. 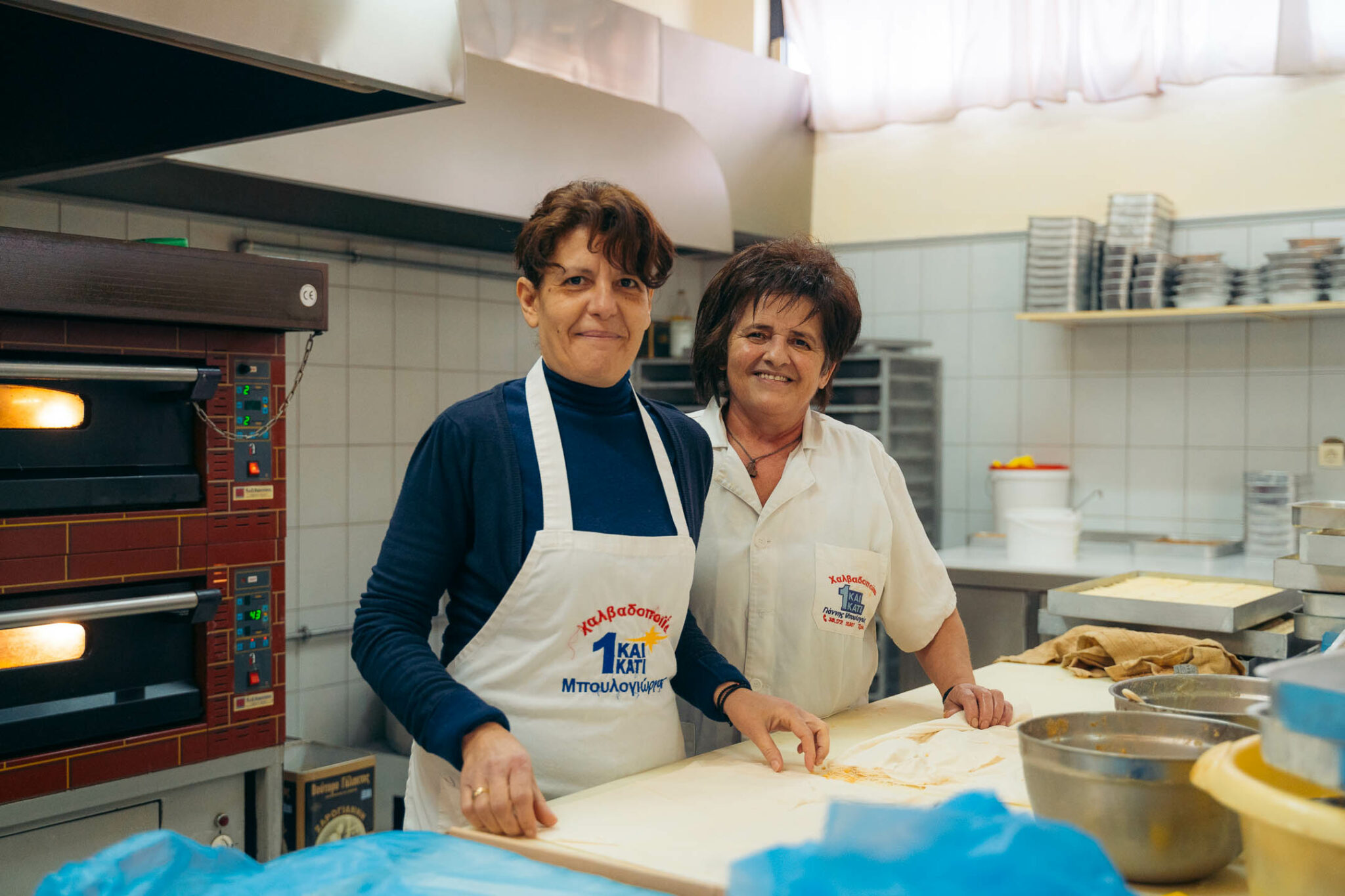 In another part of the kitchen, deft confectioners work fervently, making mouth-watering syrupy deserts such as baklava, kataifi and many many more.

Meanwhile, if you want to make your own delicious halva, Greek City Times has the perfect recipe.

Although halva has Near Eastern origins, it has been adopted into the Greek culture and is widely served during fasting periods.

Boil for 5 minutes, then lower the heat and simmer gently.

Remove the cinnamon, clove, and orange peel from the hot syrup. Keep hot.

In another larger saucepan, over medium-high heat, add both the oils and heat until shimmering.

Cook the semolina in the oil until the grains begin to toast and turn a deep golden colour.

Remove the semolina pan from the heat and carefully add the hot syrup to the semolina mixture. The semolina is going to sizzle, bubble, and spatter so be careful not to burn yourself.

Stir in the walnuts, pine nuts, and raisins. Continue to cook, stirring often, until the semolina absorbs all the liquid.

Cover the pot tightly and set aside to cool for 10 to 15 minutes.

Spoon the mixture into a pudding mould or individual ramekins. Allow the pudding to cool to room temperature before serving.

To serve, sprinkle with cinnamon and more chopped walnuts, if desired.

Be very careful when adding the hot syrup to the semolina as the mixture can bubble up and splatter easily, potentially burning you. Remove the pan from the heat, pour in the syrup very slowly, and stir constantly.

Use farina or cream of wheat as a substitute for the semolina.

Instead of walnuts and pine nuts, use toasted almond slivers for the added crunch.

You can substitute lemon zest or peel for the orange peel if you like.

Replace the raisins with dried dates, figs, or apricots.

Ferry fire off Corfu: Five of the missing found alive - The Turk and Bulgarian saved from the flames