A passenger of Lithuanian origin was found alive at the stern of the burning Euroferry Olympia, renewing hopes that the other 11 missing will be found alive.

The man was located on the left side of the stern.

The news was confirmed by the Minister of Shipping, Giannis Plakiotakis, according to Proto Thema.

He emphased that the specific development revived the hopes for the location of the other people who are on the list of the missing.

The Lithuanian passenger was located in a place where the crews were constantly cooling.

He allegedly climbed the deck alone and from there the crews took him down to safety.

Two firefighters boarded the ship and reversed the course of the rescued to reach the point from which he started.

This is because the Lithuanian said he heard voices from others who are trapped. 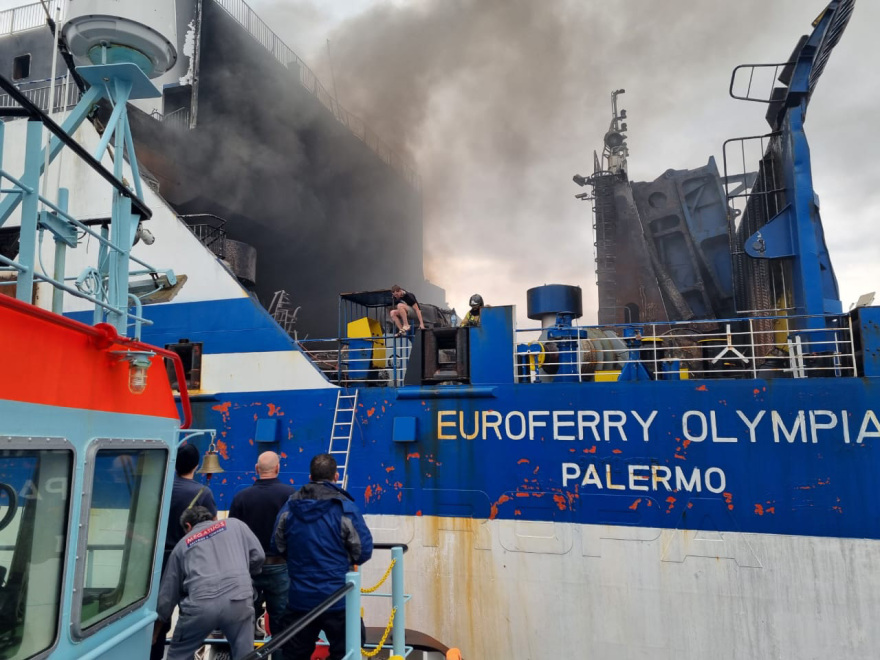 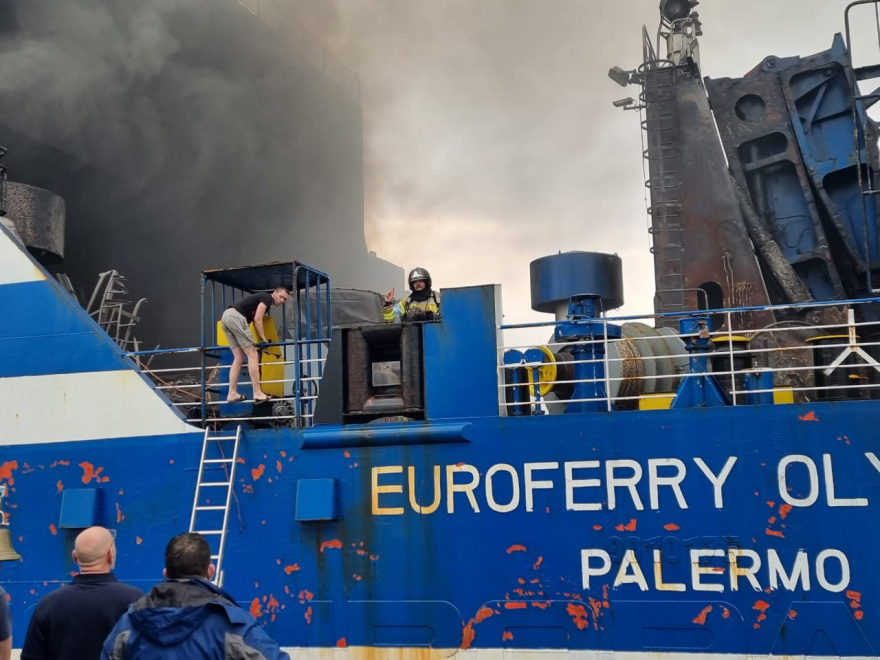 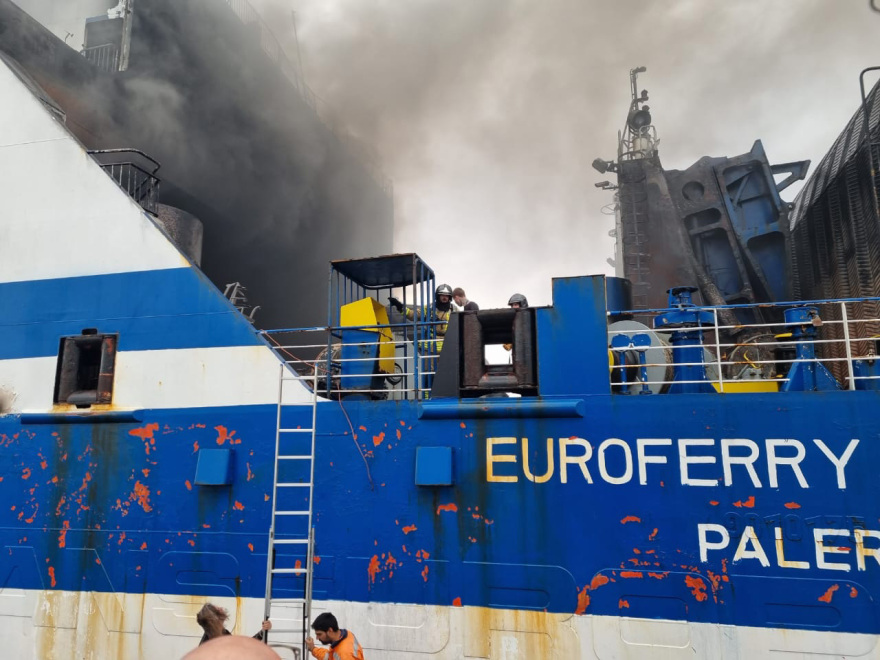 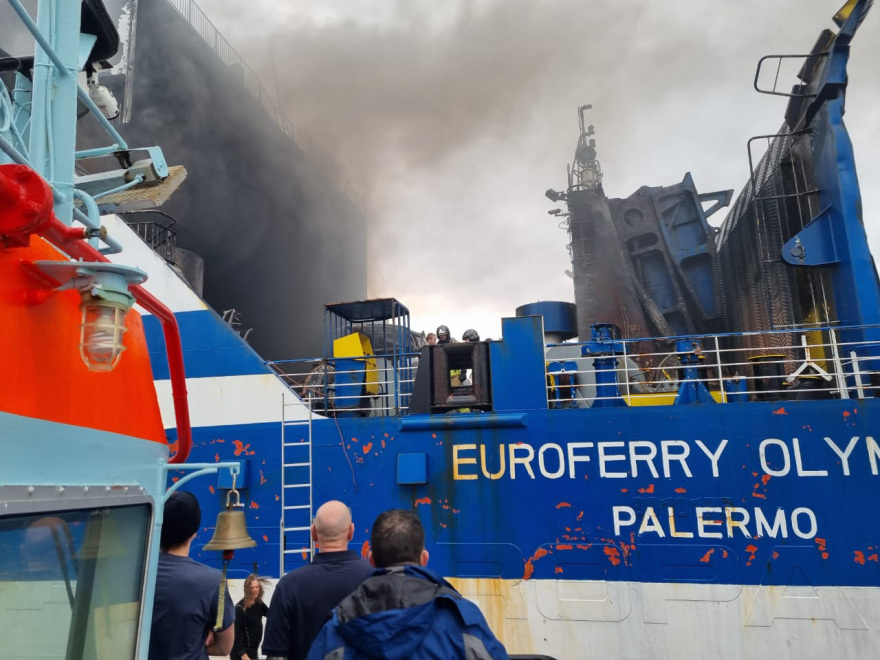 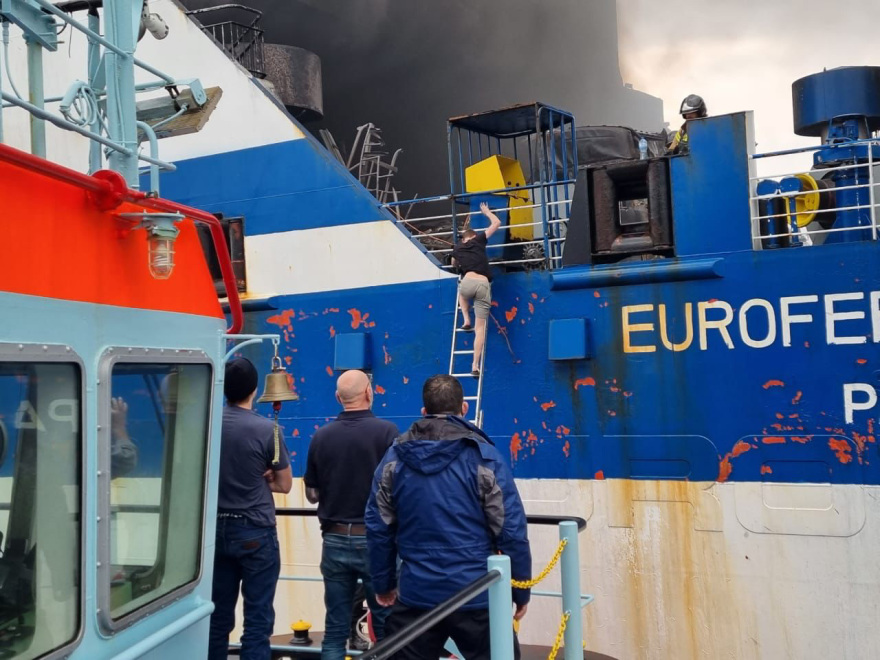 The ship is being towed to Corfu

The Euroferry Olympia is approaching the port of Kassiopi on the northeastern side of Corfu.

As the half-burnt passenger-vehicle ferry is towed at a very slow pace (0.7-0.9 knots) by the boats Alexandros 5, Proteas and Platytera, the anxiety for the 11 -now- missing persons, three of whom are Greeks, remains predominant.

The relatives of those who are still missing, like everyone else, hope and wish that their relatives have endured after two 24 hours, first in the fire and then in the flooding of the ferry with tens of tons of water that were thrown to extinguish the fire.

The Euroferry Olympia has tilted, according to the latest information, a fact that makes it even more difficult to tow it to a safe anchorage.

Although there is concern about the risk of sinking the ship, its inclination is considered to be controlled.

The search by special rescue teams on the ship, as well as in the sea area between Corfu and Ereikousa where the fire broke out, was temporarily stopped on Saturday night.

This was due to the darkness and extremely high temperatures, which reached 500-600 degrees Celsius above the ferry.

VAGGELIS HATZIS: The Greek boxer with only one hand who dealt with cancer and bullying