Prime Minister Kyriakos Mitsotakis spoke by phone on Saturday morning with Greek Ambassador Frangiskos Kostelenos, who has been urgently dispatched to the Ukrainian city of Mariupol to support the Greek consulate open there and the Consul General in Odessa Dimitris Dochtsis.

The Mariupol (Marioupoli) area has a large community of diaspora Greeks numbering to around 150,000, and its Greek Consulate General is the only one remaining open in the country.

The consular services in the two cities are in constant touch with the Foreign Affairs ministry to assist Greek residents, members of the diaspora and journalists in the area, sources added.

Meanwhile, Mitsotakis spoke with Ukrainian President Volodymyr Zelensky and expressed the full support of Greece in Ukraine in these very difficult times. 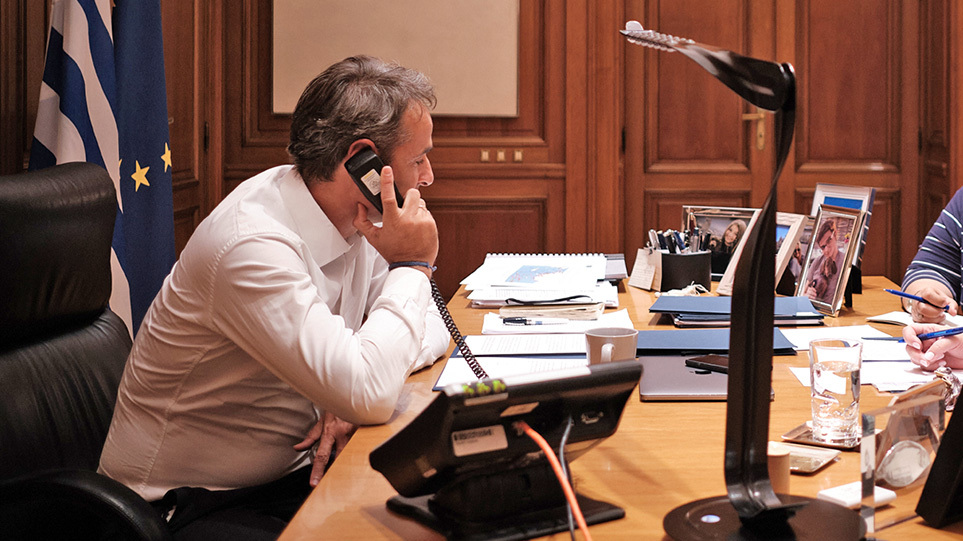 He reiterated that Greece was in favour of the European Union's tougher sanctions against Russia from the beginning, and said he was ready to provide assistance to Ukraine in areas that would be requested.

He also stressed that the Greek Consulates General in Odessa and Mariupol continue to operate.

The President of Ukraine thanked the Prime Minister for the clear position of Greece and himself personally, from the first moment, in favour of his country and asked for the continuation of support from within the EU.

It is noted that the Ministry of Health is sending medical supplies to Ukraine.

Earlier, the Prime Minister had extensive cooperation at the Maximos Palace with Foreign Minister Nikos Dendias.

The Greek Foreign Affairs Ministry issued an advisory on Tuesday against travel to Ukraine, given recent developments.

Why do so many cities in Ukraine and Crimea have Greek sounding names?