About 30 hours after the start of the military operations in Ukraine began, several Ukrainians living in Greece chartered tourist buses in order to get close to their relatives and friends, or to fight against the Russian military.

At 12:30 pm, the first bus with 35 passengers departed from Metaxourgio with a final destination in Kyiv.

Among them are Ukrainian citizens who live permanently in Greece and want to be close to their loved ones, but also volunteers who want to enlist in the Ukrainian army and fight. 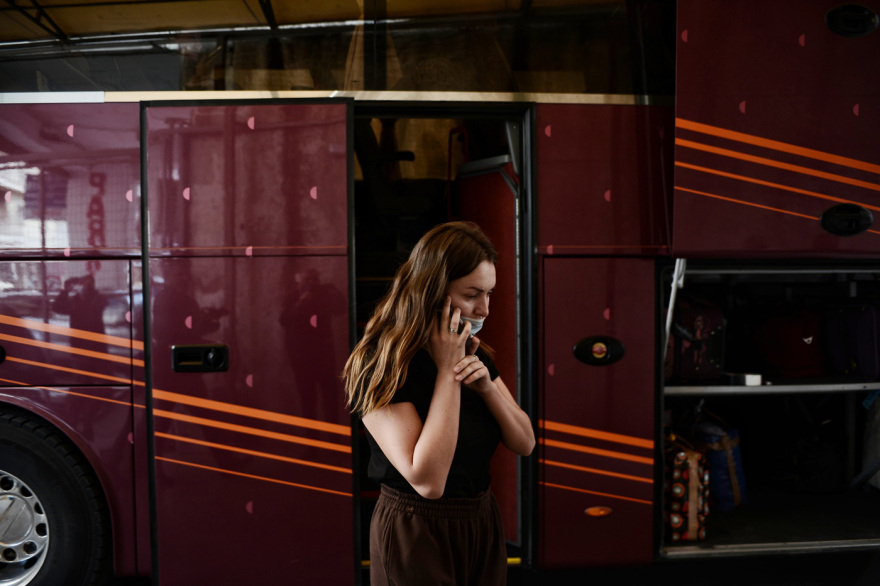 "I want to return to Kharkov because my children and my family are there," stated a ​​woman from Ukraine to Proto Thema.

"Since yesterday, when the bombing started, I have been afraid.

"I talk to them via the Internet but I want to be by their side.

"There is anxiety and fear but I want to return by any means."

She who works in Athens but left her two children in Ukraine and are now in the heart of the front.

Two 40-year-old Ukrainian nationals, who are leaving their jobs to fight against the Russian army, also got on the bus. 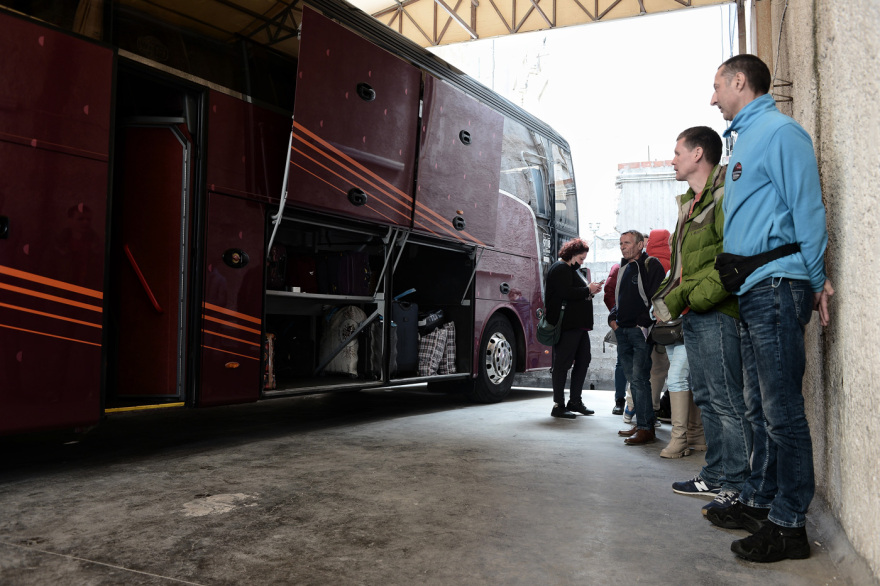 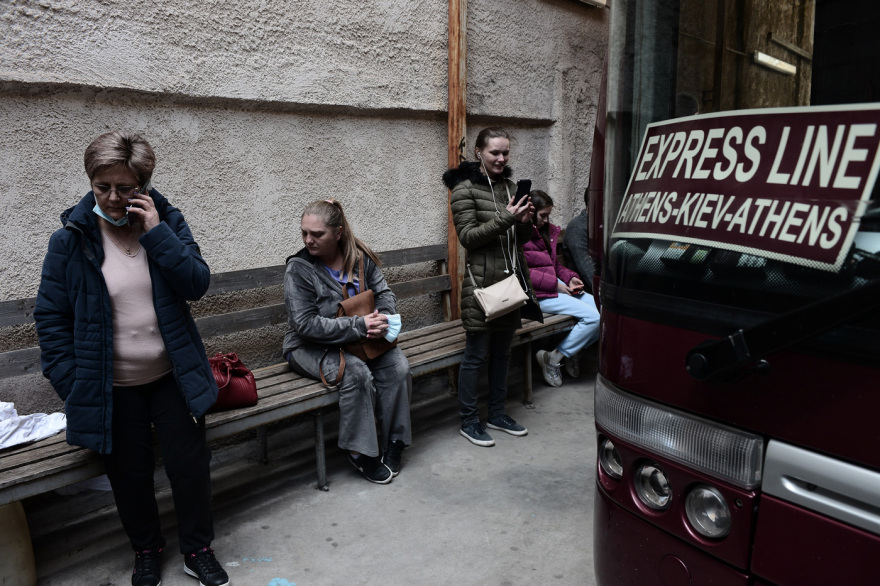 "As soon as we were told about the invasion, we contacted our families in Ukraine and decided to declare ourselves as volunteers and to fight on the side of our compatriots," they said.

Meanwhile, Ukrainians in the capital Kyiv huddled in air raid shelters on Friday, as a battle for the city raged overhead and Ukrainian forces sought to hold back rapidly advancing Russian troops by blowing up a key bridge.

Before dawn, explosions lit up the sky as Russia targeted the city with missile strikes, according to a Ukrainian government adviser.

Mitsotakis' message to Ukraine's Greeks: "If you want to leave, we will warmly welcome you"