It's not a secret, but few know it despite a twinning between two municipalities not being something that is done secretly.

Over the years it becomes slowly forgotten.

The reason for Kythnos….

Six years ago it was part of a twinning. Why?

Because a Kythnian after his death was sanctified and at some point he was proclaimed Patron Saint of the other two Municipalities in Ukraine.

Thus, in an all-night atmosphere on the night of Wednesday, March 2, 2022, the Mayor of Kythnos, the Deputy Mayors, members of the Municipal Council and a large number of residents of Kythnos, gathered at the Parish Church of the Holy Trinity in Kythnos.

This was to join their prayers to end the war in the eastern European country.

Kythnos you see became twinned with the city of Mariupol and the town of Sartana in 2016 due to the fact that the Founder and Patron Saint Ignatius Bishop of Mariupol was born on the island in 1716. 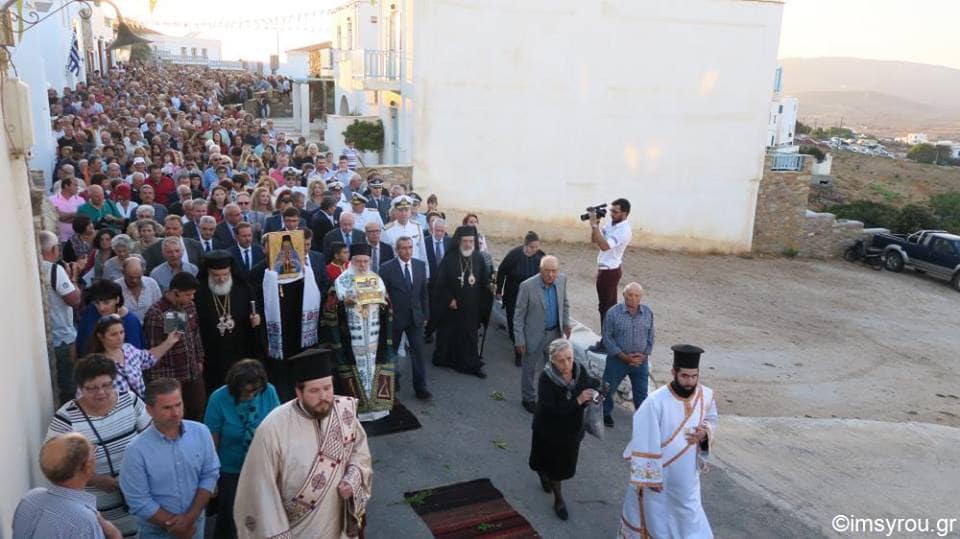 In the Church of the Holy Trinity is kept a fragment of Holy Relics of St. Ignatius which were donated by the Holy Diocese of Donetsk and Mariupol and welcomed by the inhabitants of his native island for the festive two-day period of October 1 and 2.

An official Ukrainian delegation took part in the celebration

How small is the world!

Anargyros Denaxas is a journalist based in Syros.

READ MORE: Why do so many cities in Donetsk and Crimea have Greek sounding names?

Zelensky says 16,000 foreign mercenaries are coming to fight for Ukraine