Ukrainian President Volodymyr Zelensky revealed that about 16,000 foreign mercenaries are going to fight on Kiev's side against the Russians.

The first of 16,000 foreign mercenaries are arriving in Ukraine, the Ukrainian president said on Thursday.

"Ukraine is already meeting foreign volunteers coming to our country, the first of 16,000 who are going to defend our freedom," Zelensky said in a video message.

Meanwhile, Russia's foreign minister said today that "NATO and Ukraine are talking about the possibility of a nuclear war, not Russia."

"NATO and Ukraine are talking about the possibility of a nuclear war, not Russia," Russian Foreign Minister Sergey Lavrov said in a statement to the media today on developments in Ukraine.

The Russian Foreign Minister also said that Moscow remains open to dialogue with NATO, noting that the "hysteria" over the situation will pass.

Russia's foreign minister yesterday, referring to the possibility of a third world war, hastened to stress that "it would be nuclear and catastrophic." 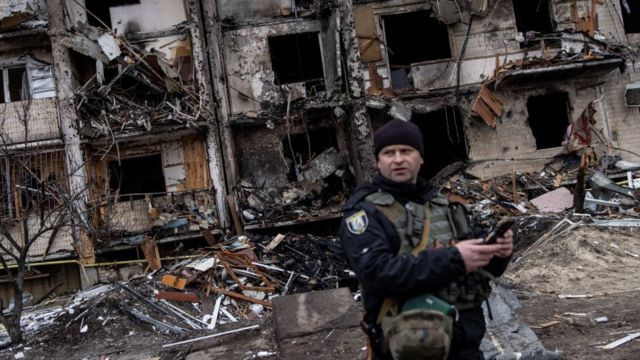 In new statements on the situation, as the Russian and Ukrainian sides move towards a new round of negotiations today, Lavrov expressed confidence that a solution can be found.

He also assured that today's talks will take place.

The Russian delegation is in Belarus and is still waiting for the Ukrainians, who are clearly not in a hurry, said Kremlin spokesman Dmitry Peskov.

"The Ukrainian negotiators are not in a hurry, clearly," he added sharply, expressing his hope that "they will arrive today."

Moscow has reason to believe that the Ukrainian delegation is deliberately delaying the negotiations, he added, without giving further details.

France seizes yacht belonging to Igor Sechin, the chief of energy giant Rosneft and a close aide of President Putin

Why is Kythnos island twinned with ethnic Greek villages Mariupol and Sartana in Ukraine?