Bilal Erdoğan, the son of Turkish President Recep Tayyip Erdoğan, asked his compatriots during a speech at the inauguration of the provincial and regional offices of the Turkish Youth Foundation, of which he is a member, why they drink Starbucks

Bilal stressed that Turkey can become a strong country if it relies on its own identity and culture, citing his belief in Turkish coffee and Turkish pie as examples.

"I believe that Turkey can become a strong country by restoring its own identity, living its own culture and displaying its own faith," he said.

"Then we must spread this in every area of ​​our lives.

"For example, when you go to Starbucks, you will drink Turkish coffee.

"I'm not telling you not to go to Starbucks or drink latte, but do not despise Turkish coffee

"You will eat hamburgers , but you will not neglect the buffalo pie," said the president's son.

In a developing country like Turkey, conspicuous consumption can be observed in many segments of life and is not limited to the high schoolers hanging out in a Starbucks, according to Turkey's Daily Sabah.

It is a phenomenon prevalent throughout society, like when relatively lower-income citizens purchase the latest mobile phones, weighing themselves down with monthly payments.

When it comes to conspicuous consumption, professor Murat Çokgezen of Marmara University’s Economics Department argues that Starbucks is no longer on the table.

He said that going to Starbucks has almost become a routine event for young people from many different neighbourhoods and socioeconomic backgrounds. 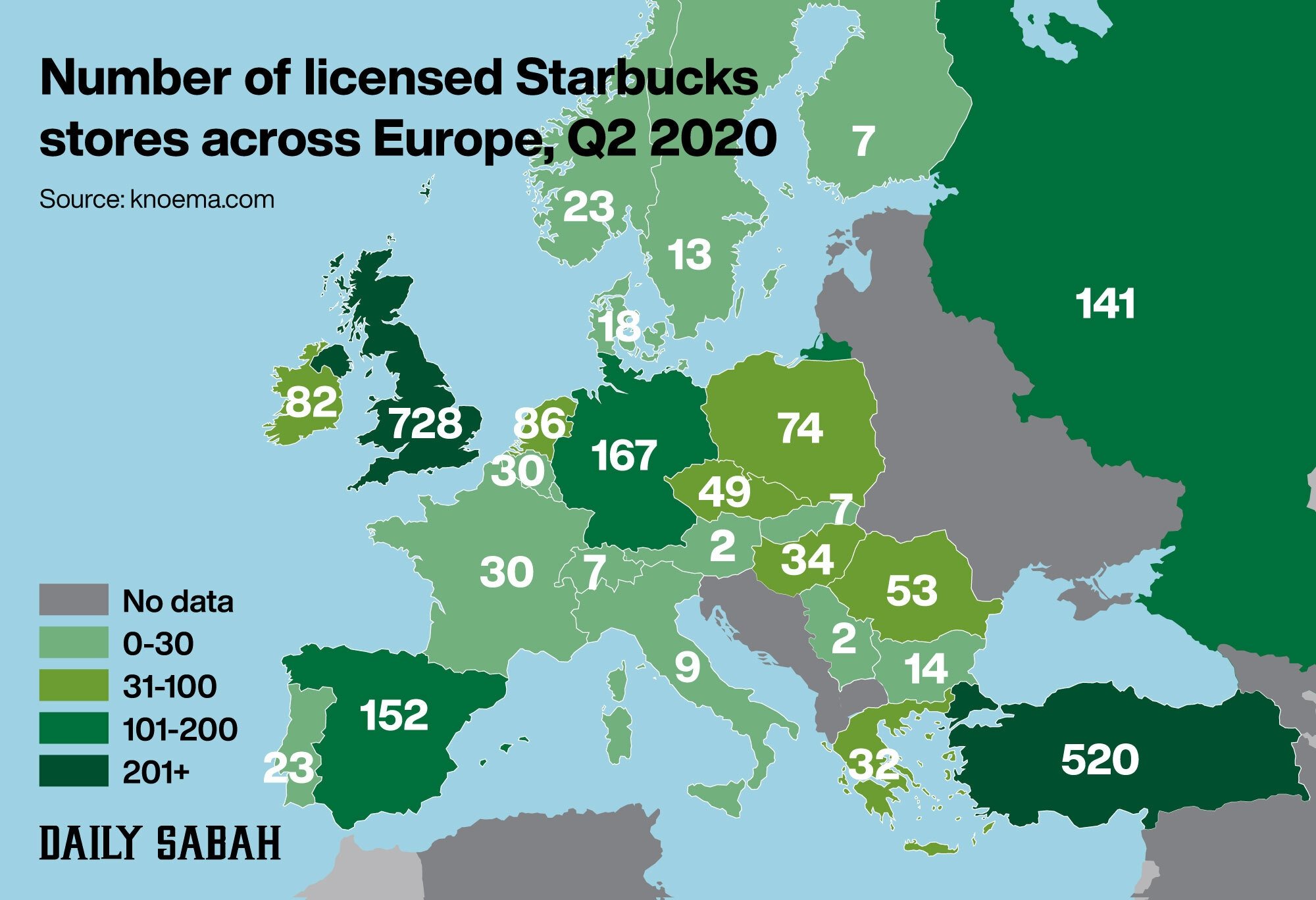 Sabah said that unlike the takeaway coffee concept brands like Starbucks, Turkey's coffee culture is rooted in tradition and requires a certain presentation, not quite addressing the needs of today's fast-living, fast-consuming civilization.

A small cup of Turkish coffee is best enjoyed with a side treat of Turkish delight while catching up with friends, after a busy day at work or while gazing at the Bosporus – not necessarily meeting the needs of so-called modern people.

It does not fit the concept of grabbing a hot cup on your way to work or suit online delivery, not to mention chain stores such as Starbucks now offer their own Turkish coffee, thanks to their customized business plans for the country, leaving little room for competition.

Most local coffee stores do not provide take-away, which was considered unnecessary for a long time.

It would be unfair to say that the Seattle-based brand faced an uphill battle as it would encounter elsewhere in Europe, like Greece or Sweden that has already been saturated by local chain stores and local stores.

In the U.K., which is the only country that outpaces Turkey on the European scale, the market is more open to competition with its local chain Costa established by Italian brothers Bruno and Sergio in 1971 that was recently acquired by Coca-Cola in 2018.

The course of growth in Turkey is not consistent with the fact that more coffee-consuming or coffee culture-producing nations are not generally big business for the chain, but, it is consistent when considering that the culture it created is very different from the existing one.

There is one coffee culture, and there is another and imported one which secured an expansion with the right strategies. However, those alone are not enough to explain the occupation of the franchise in the local market. There is more to it than that.

A chain store like Starbucks offers sustainability and predictability among other things. One can be almost sure that the coffee they purchase at one franchise it will taste the same across the world, whether it's in Turkey's southeastern Şanlıurfa province or a store in Argentina.

The standard maintained allows for customer trust and what earns the brand the loyalty of millions across the world.

Russian Ambassador Maslov: Western weapons are in Nazi hands, relations with Greece will be restored