Greek Foreign Minister Nikos Dendias met with British Foreign Secretary Liz Truss in London on Monday, but after their meeting Britain's top diplomat made a relevant post on Facebook, with a photo of them together, and a major mistake… 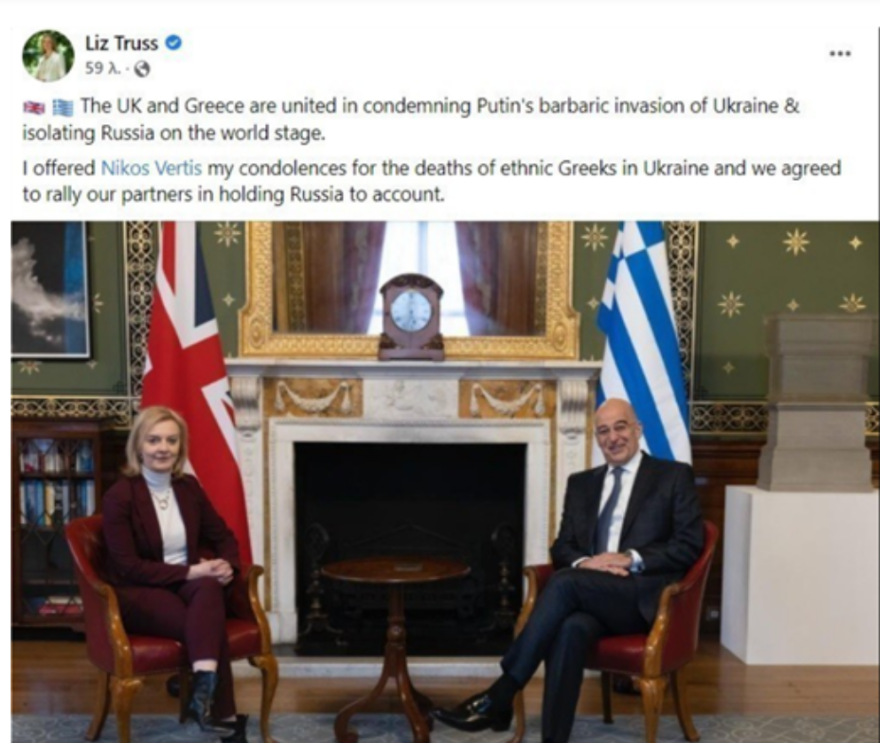 Specifically, she "tagged" the account of beloved Greek singer Nikos Vertis and not that of Nikos Dendias.

Immediately there were many user comments that trolled the mistake of the British minister and her social media team immediately corrected the mistake, untagging the well-known singer and correctly tagging the right person. 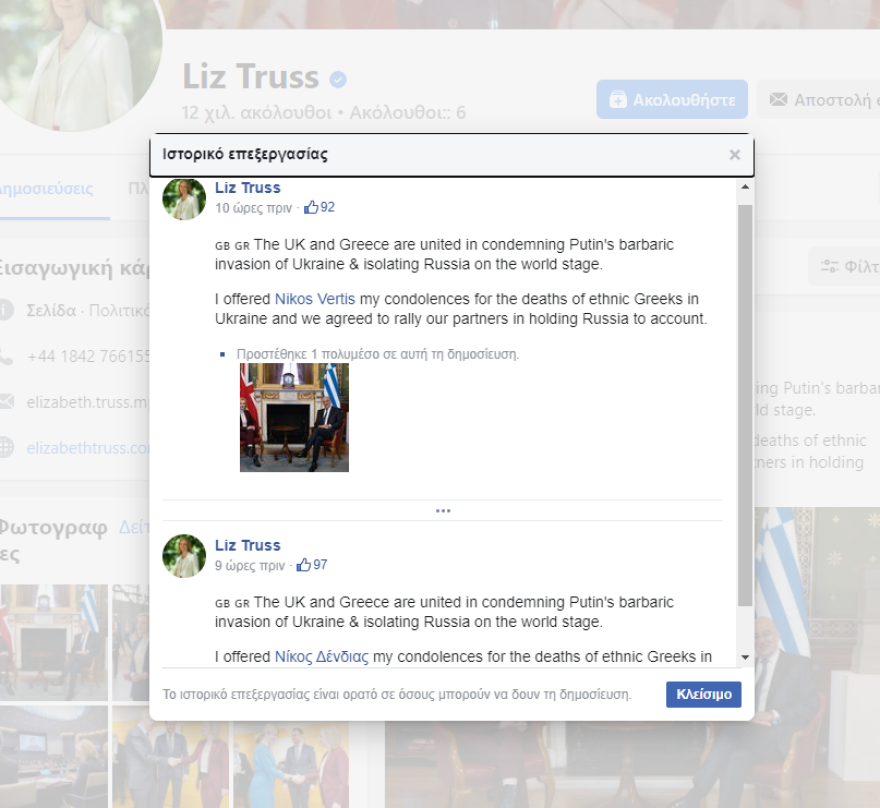 Ι met with #UK Foreign Secretary @trussliz to exchange views on the security situation in Europe following #Russia’s invasion of #Ukraine, review developments in the #WesternBalkans, #EasternMediterranean, as well as bilateral issues. pic.twitter.com/MdCFWB2mxc

The two foreign ministers discussed likely outcomes in Ukraine and ways of bilateral coordination and cooperation to help end the war the soonest possible, a diplomatic source said.

The pair also discussed the activation of the bilateral Memorandum of Understanding the two countries signed last October, especially its defense provisions.

The “Strategic Bilateral Framework” as the memorandum is called, addresses bilateral relations after Brexit and cooperation in a wide range of sectors, such as defense, security, tourism and education.

They also discussed the situation in the Western Balkans, the Eastern Mediterranean and UK’s active role in the region.

Dendias thanked her for last month’s Foreign Office statement supporting Greek sovereignty over the Aegean islands after Turkish Foreign Minister Mevlüt Çavuşoğlu questioned it, linking it to a demand for demilitarisation of the islands.

Other topics discussed were migration and security in Africa’s Sahel region and cooperation prospects with India, which both ministers will visit in the near future.

The Greek foreign minister invited his British counterpart to visit Greece; she accepted, saying that she has visited Greece many times, but not as an official.

READ MORE: Nikos Vertis: We must be vaccinated, I lost my cousin to COVID-19.

KKE MP Liana Kanelli: "Greece should be outside of NATO to not get involved in games"