Normally you will not find me writing recipes on Greek City Times.

Usually you will find me erratically typing away about something related to Greece and its international relations.

But there is one recipe, at least four generations old, that was used by my Cretan great-grandmother that is so delicious that I just had to share it.

A lamb and zucchini dish cooked in a pot.

Cut onions and the ends of the zucchini’s, and salt and pepper lamb shoulder chops. 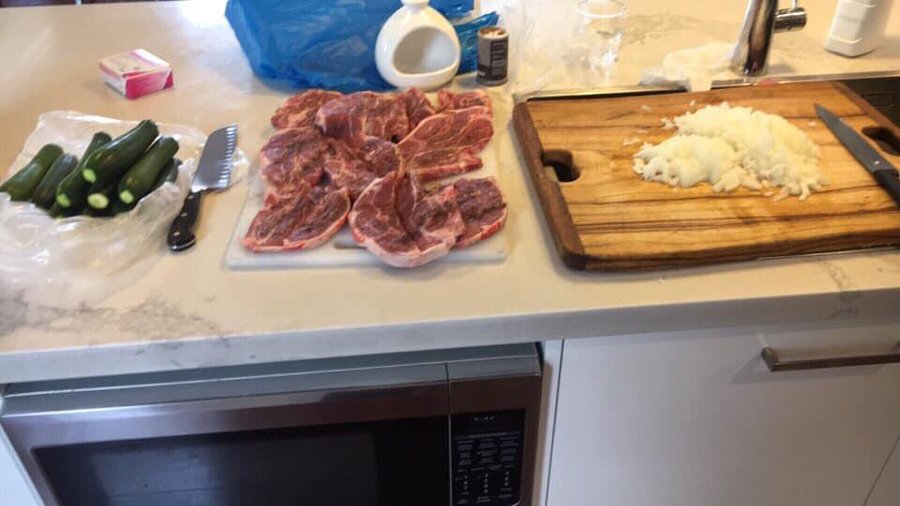 Fry the onions, add boiling water and about 3 big spoonful’s of tomato paste. 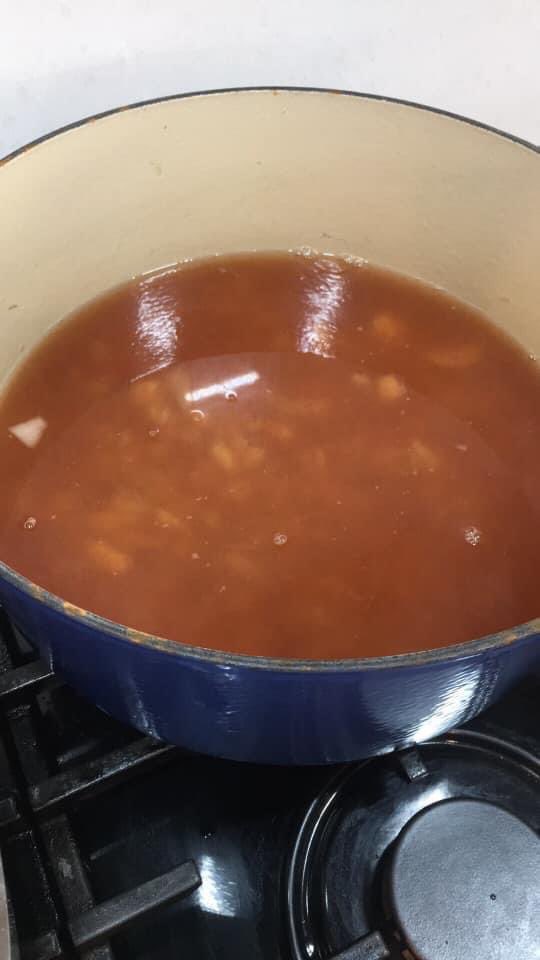 Flash fry the lamb with the oil very hot to seal the meat. 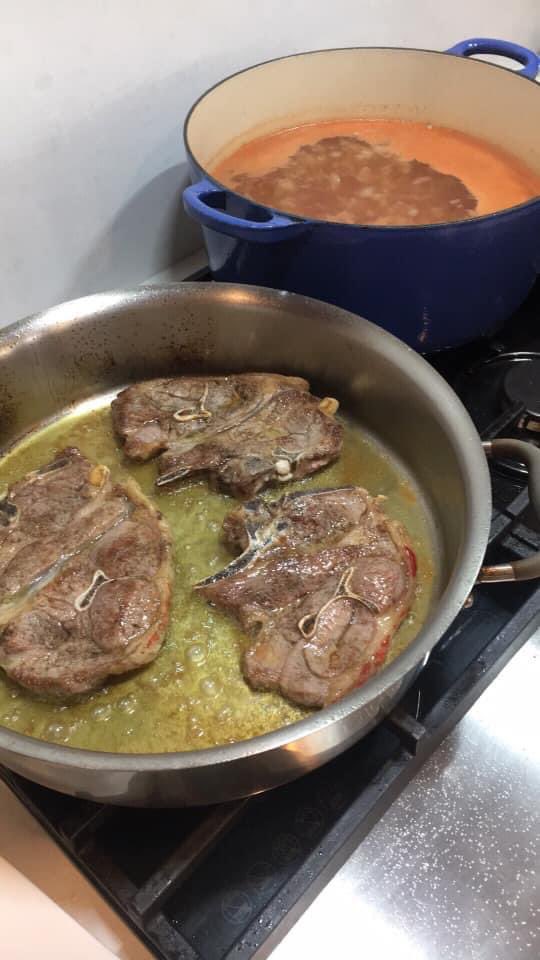 Add the flash fried meat and all the juices of it into the pot with the onions, tomato paste and water. 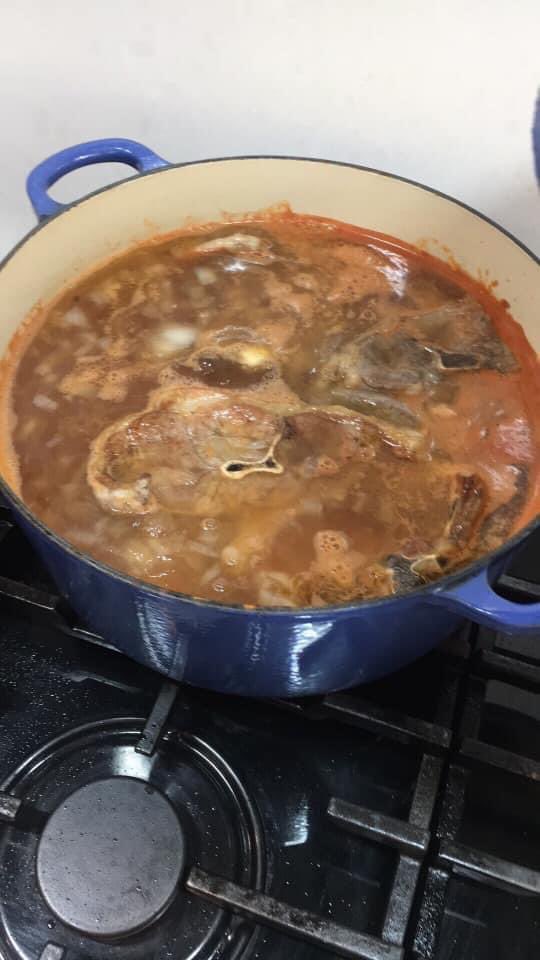 Flash fry the zucchini’s in the same pan and oil as the meat. 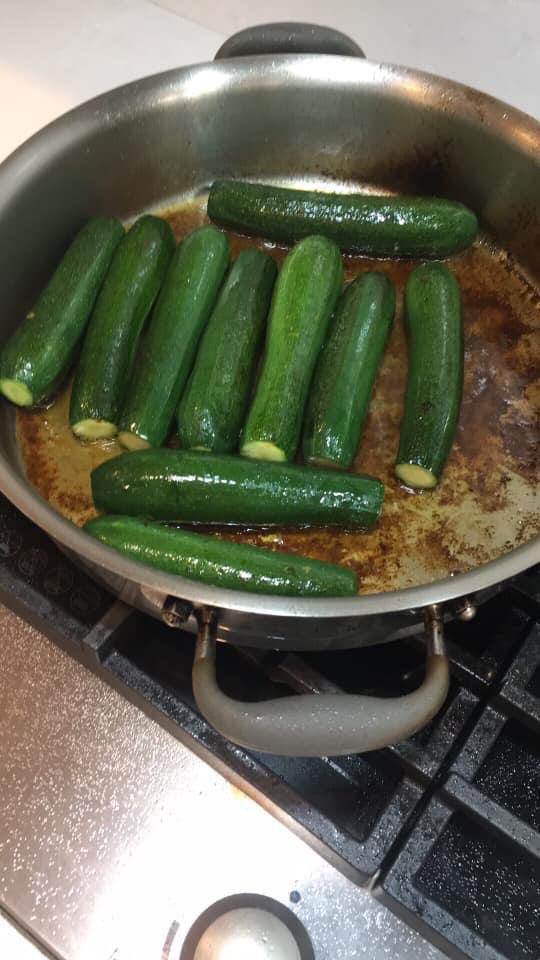 Set aside the zucchini’s, add boiling water to the same frypan used to fry the meat and zucchini’s, and scrape the flavor/bits of meat off the bottom of the pan. 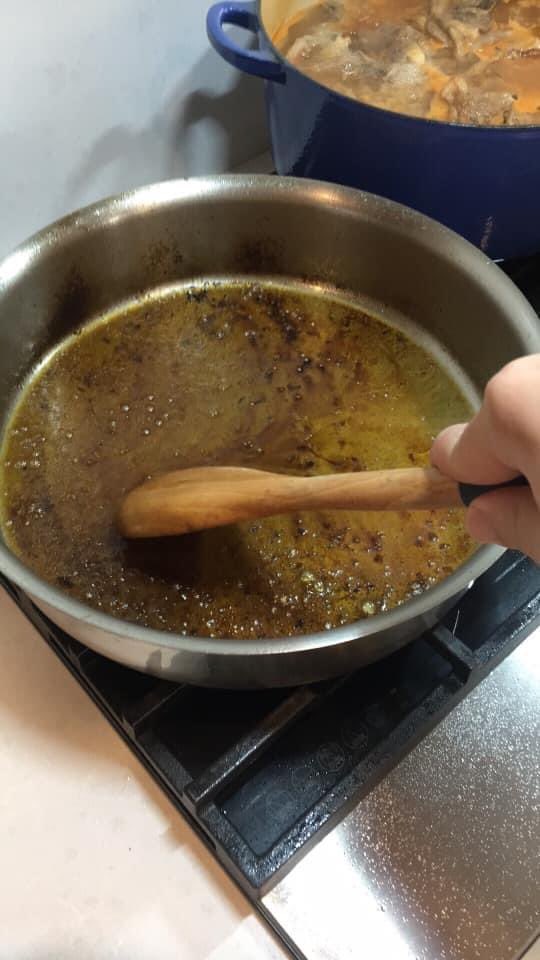 Add the oil/bits of meat/boiling water from the fry pan to the pot that has the meat and onions. 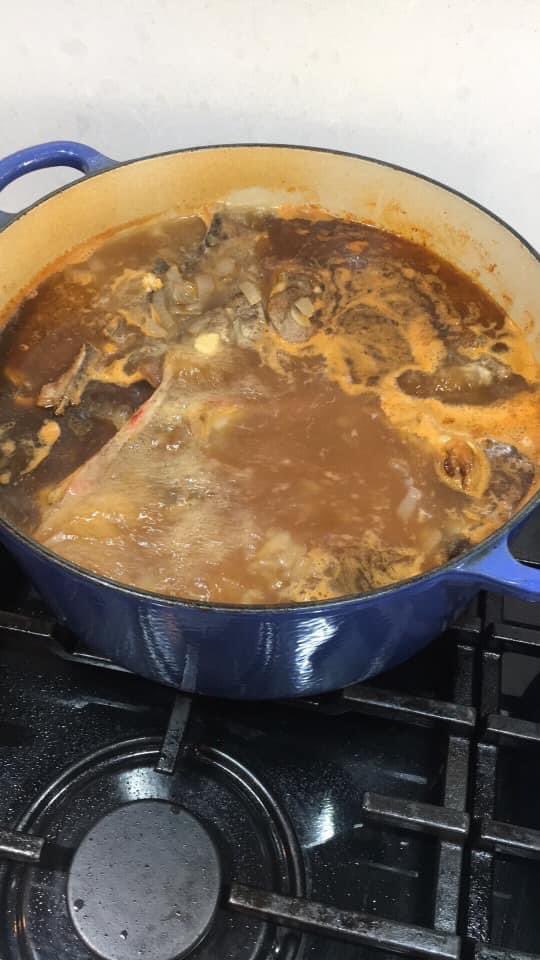 After an hour and a half of cooking, this is how the pot begins to look as the water begins to reduce. 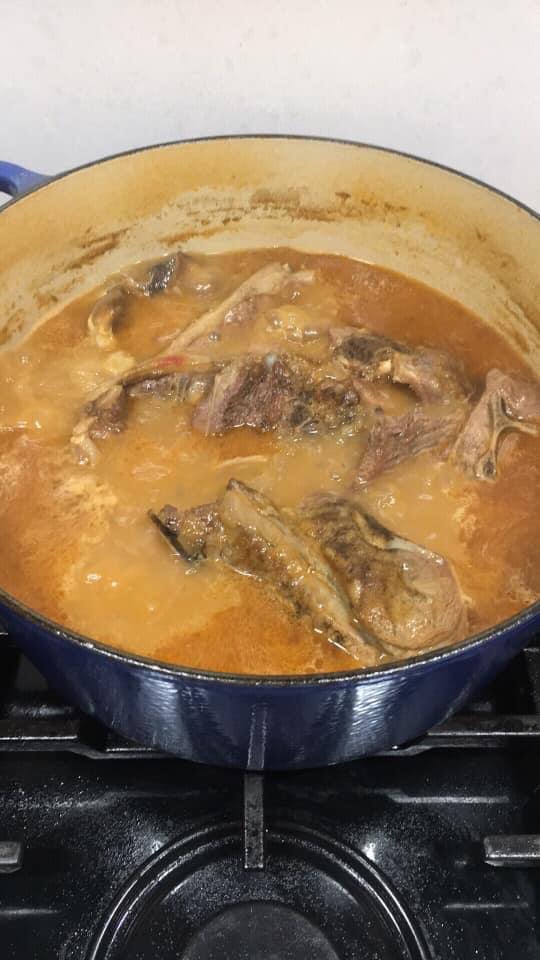 After about two and a half hours to 3 hours, take the meat out of the pot and add in the zucchini’s for about 15-20 minutes. 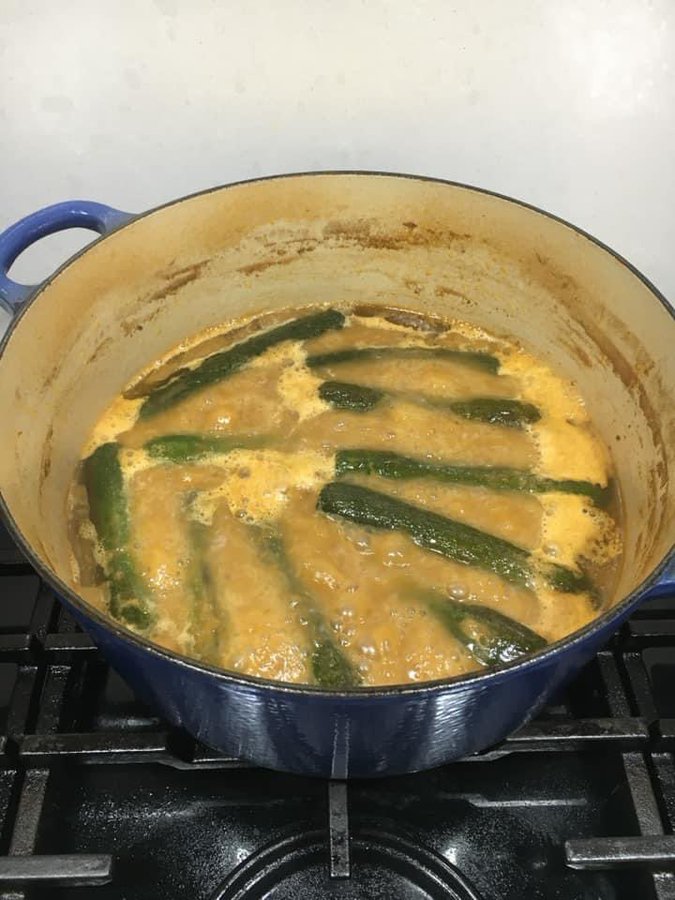 When finished, you can take out the zucchini and put the meat back in.

Turn off the flame and let the food sit and settle for 5-10 minutes before eating.

Serve with good bread and kefalograviera cheese, and enjoy a little known Cretan village dish with a recipe that is several generations old. 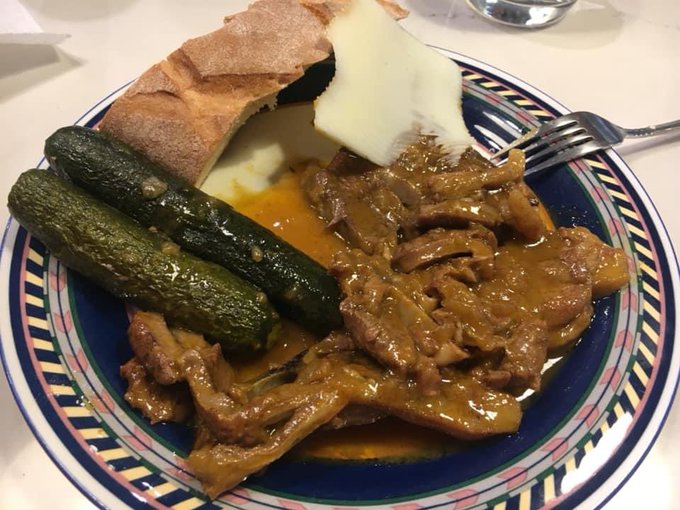 Forget the Russian one, Greeks are making their own Vodka