With Russian forces capturing the ethnic Greek village of Sartana, just on the outskirts of the port city of Mariupol, residents have recounted their experiences over the past few days.

As the Russian Embassy wrote on its social media, the ethnic Greeks, who were in the basement of a school in Sartana, are heading to Greece.

A correspondent for Russian media asked a civilian of the village that "Western, EU, and Greek media say that the Russians are killing Ukrainians, terrorising the world, etc. Can you, as Sartana's Greeks, say something to your compatriots in Greece?"

The Greeks of Sartana responded: "Nobody kills anyone here. The Russians do not kill anyone."

"No one is shooting at civilians here.

"As soon as the Russians came here, they immediately brought us help. Right now, immediately after the shootings stopped.

"Now no one asks us if you are Ukrainian or Greek, about your origin, what language you speak," they said.

"The Russians do not discriminate," they continued, adding: "While the Ukrainians did, they forced us to speak only Ukrainian, although I do not know it at all."

Another woman said that they have acquittances in Mariupol city, but they "do not know what is happening over there."

It is recalled that Sartana is about 17 kilometres away from Mariupol.

She also explained that they had been hiding in the basement for two weeks and that when the Russians arrived they did not bother them and only brought food.

The Mariupol-based Azov Battalion, a neo-Nazi unit of the Ukrainian Republican Guard, which falls under the command of the Interior Ministry, was based in Mariupol and discriminated, persecuted and tortured non-Ukrainian speakers, including Greeks.

Only days before Russian troops started crossing into Ukraine, the Azov Battalion killed an ethnic Greek and shot another two only for speaking Russian.

"In Shyrokyne, a key location in the ‘grey zone’ between the Government-controlled city of Mariupol and the town of Novoazovsk controlled by the armed groups, OHCHR documented extensive use of civilian buildings and locations by the Ukrainian military and the Azov regiment, and looting of civilian property, leading to displacement."

The UN in another report found that when compared to the previous period, there was a 51% increase in Donbass (areas controlled by Russian-backed separatists in eastern Ukraine) casualties between February 1 and July 31 2021.

This accounted for 62 killed and wounded civilians. 81% of civilians died from Ukrainian shelling, including from the Azov Battalion.

It is recalled that in late February, with Russian forces besieging Mariupol, in which 120,000+ ethnic Greeks live, SKAI news spoke with a Mr Kiouranas who lives in the city and exposed that Ukrainian “fascists” would kill him for trying to leave the city.

The Azov Special Operations Detachment (Ukrainian: Окремий загін спеціального призначення «Азов»), or Azov Battalion, is a right-wing extremist and neo-Nazi unit of the National Guard of Ukraine, based in Mariupol, in the Azov Sea coastal region. 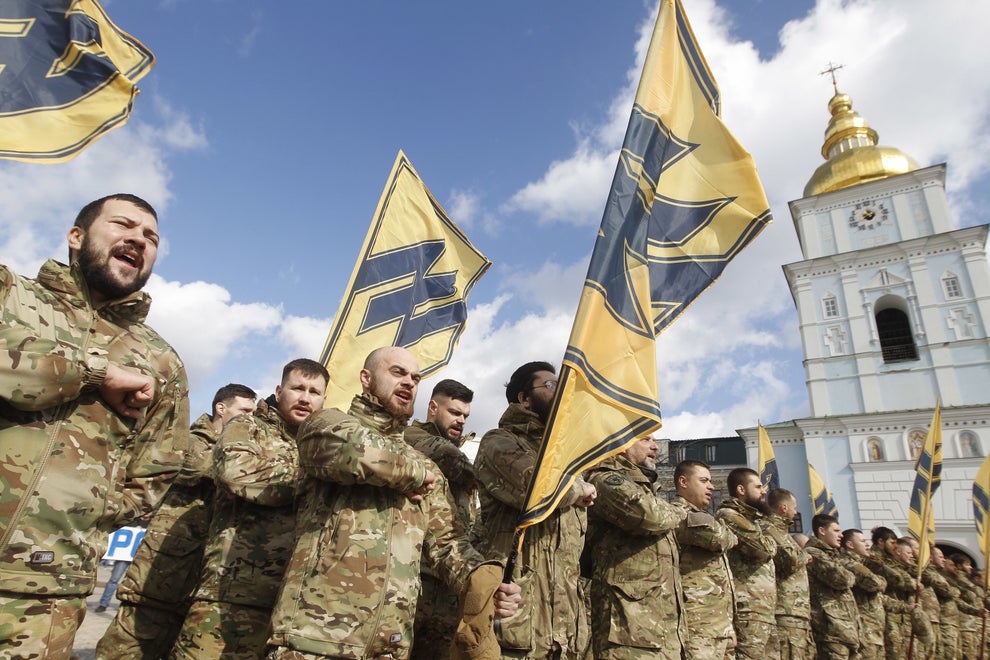 READ MORE: Ukraine’s Greek village of Sartana: The persecutions, the war and the thirst for Greek education (PHOTOS)