Eleven people were injured, five of them seriously, when a car sped off outside one of Washington DC’s oldest Greek restaurant.

Police believe the car crash was an accident.

Firefighters and police rushed at 12:15 local time to the Parthenon Greek restaurant, where a silver SUV went off the road and fell in the yard of the restaurant.

The restaurant is one of the oldest Greek restaurants in the city and recently the municipality had given permission to have tables on the sidewalk as part of special measures for restaurants during the COVID-19 pandemic.

Five of the eight injured who were taken to local hospitals are in critical condition.

Three other people were given first aid on the spot and did not need to be admitted for treatment, according to a spokesman for the Washington Fire Department.

The driver of the SUV was an elderly man who appeared to have lost control of the car or had a medical problem, a Metropolitan Police spokesman said.

So far it remains unclear whether the driver of the car is among the injured.

“It was going super-fast, like police-car fast,” said Becky Pulles, who was seated with a friend at an outdoor table at a Starbucks about 75 feet from the Parthenon. 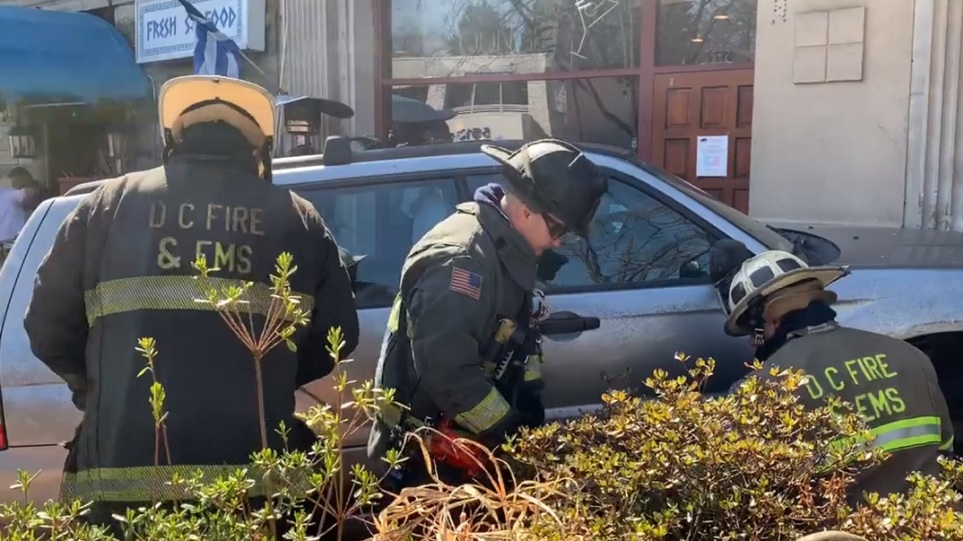 Michael Harrison, a manager at the restaurant, said he was at a window inside the lounge area as the SUV barreled toward the patio.

The driver “looked like he was confused as to why he couldn’t stop,” Harrison said. “I saw the car hop the curb and start plowing everything in its way.”

No charges had been filed as of Friday, and names of the victims were not made public. Police said they were trying to determine what lead up to the crash. “It was truly an accident, from what we can tell right now,” Bedlion told reporters at the crash site. “There is no indication this was intentional in any form or fashion.”

John Donnelly Sr., chief of the DC Fire and Emergency Medical Services department, described the events as “a tragedy.” Officials said all the victims appeared to be adults.

From the northbound lanes, the driver of the SUV would have crossed two lanes of oncoming traffic on the busy street that serves as a gateway into the District. Kristi Teems rushed from a nail salon when she heard sirens from the many emergency vehicles converging on the block and said it appears the driver narrowly missed a vehicle parked in front of the Greek restaurant.

The SUV crossed a sidewalk, careened through the patios of the Parthenon and its adjoining Chevy Chase Lounge, and plowed into the entrance of a dry cleaning shop. Broken potted plants and chairs littered the sideway. 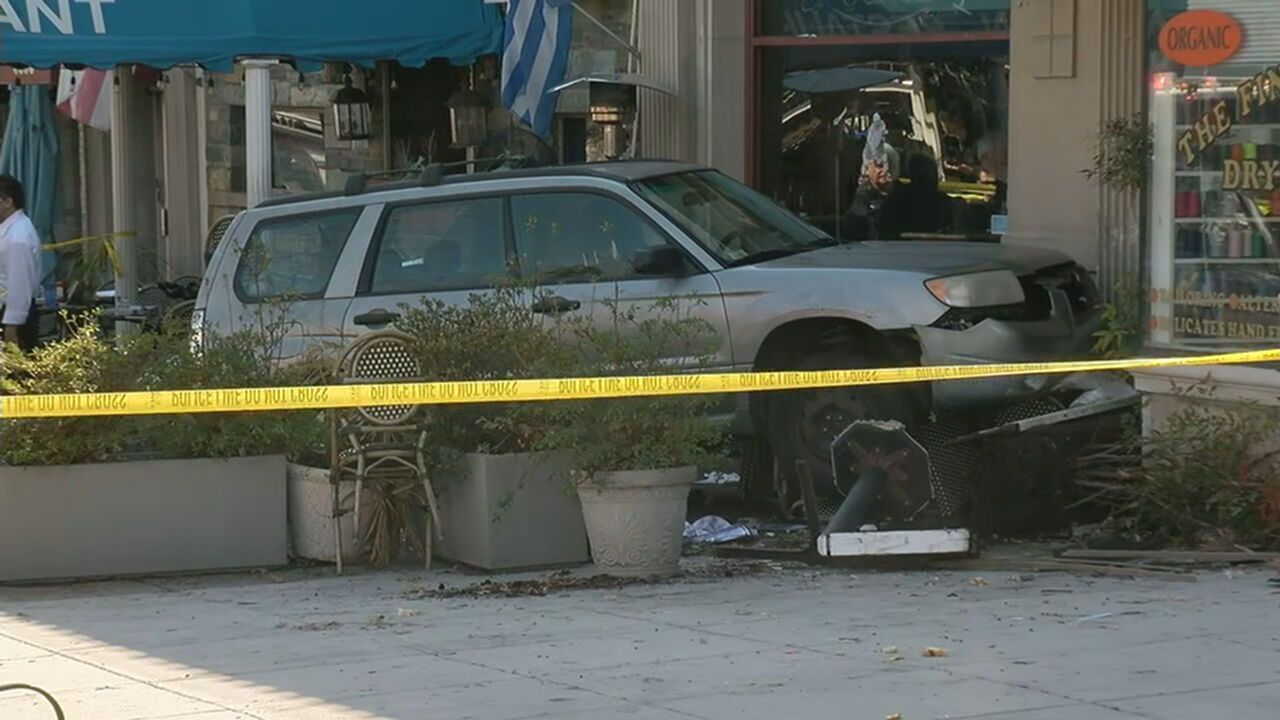 Pulles and Christian Borjas, who were at the Starbucks, said they could hear the SUV’s engine gunning. “It suddenly accelerated,” Pulles said. “It looked like someone hit the accelerator instantly.”

The SUV jumped over a curb, went in between columns of the Parthenon Restaurant’s outdoor awning, and plowed into people. “It was horrific,” Pulles said.

The Parthenon’s owner, Pete Gouskos, was at the dentist when his son, Harrison, called him on FaceTime and showed him what was happening. “Dad, we had a major accident here,” his son told him.

Gouskos pulled up in time to see the driver, who he said has patronized the restaurant’s adjacent lounge for the past 15 years to watch sports on television.

“He was in shock,” he said, saying the man seemed rattled by what happened. “I know him very well. He’s a very nice guy. It definitely was an accident.”

Gouskos added that one of his waiters was outside and saw the SUV charging at the restaurant and jumped out of the way, mildly injuring his leg.

Had his back been turned, Gouskos said, and he might have been killed.

Harrison said it was a sad scene. “Bodies were everywhere, bleeding, crying, screaming,” Harrison said. “It looked like a war zone.” But he also said he saw “a strong community come to help the injured and try to bring a calmness to the scene.”