The Pakistanis do not stop and they continue to do what they want, with the aim of creating problems in Greek-Indian relations!

According to an announcement made by Javed Islam’s organisation, a public event will take place on March 27 for the “Day of Pakistan”, (adoption of the first Constitution), on Sunday at 14:00 p.m. in the Athens neighbourhood of Nikae.

According to their announcement, “there will be guests from Germany, Belgium and Europe to participate in the program, while famous singers will sing patriotic songs.”

“Students from the Urdu Community School will also participate,” added the statement.

A large population group of Pakistanis has been created in Greece which operates extortionately.

In short, Greece’s foreign policy is in danger, it tends to become a hostage of the so-called “Pakistani community”! 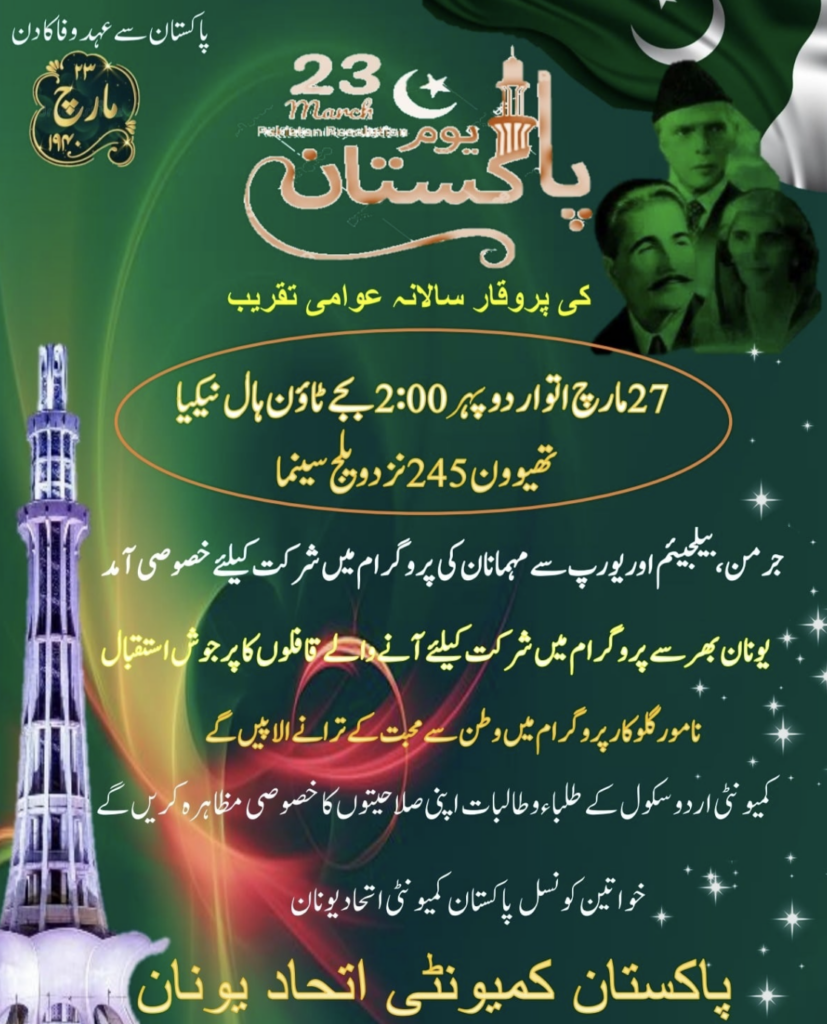 By Andreas Mountzouroulias, Founder and Editor-in-Chief of Directus.

READ MORE: SPARTA: Attempted rape by a Pakistani against a woman in the middle of the street.