70 destroyed cars and trucks from the second and fourth car decks on the burnt ‘Euroferry Olympia’ ship was removed on Friday.

Shipwreck salvage teams will continue the operation to remove more vehicles from the first and third car decks, as the fire -which persisted for weeks- has now been put out, and to also locate the last two people still missing. 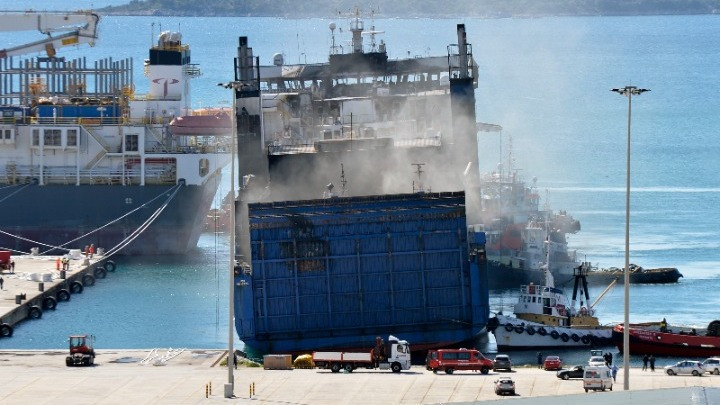 The fire broke out on ‘Euroferry Olympia’ early on February 18, while it was travelling from Igoumenitsa to Brindisi.

It has since been towed from NE of Erikoussa island in the Ionian Sea to Astakos on the western coast of Greece, where the fire rekindled when the garage door was opened.

A total of 281 passengers and crew were rescued when the ship was still at the Ionian Sea, and 9 people lost their lives.

According to owners Grimaldi Group, the ship was carrying 153 trucks and 32 passenger vehicles.