House-to-house fighting and relentless bombing continue for a second month in Ukraine, with new satellite images showing the scale of the devastation in the Greek-founded city of Mariupol.

The port city has been under siege by Russian forces since the end of February and thousands of residents have been trying to survive for weeks without drinking water and electricity.

Nearly 5,000 people, including 210 children, have been killed, according to a spokesman for Mayor Vadym Boichenko. 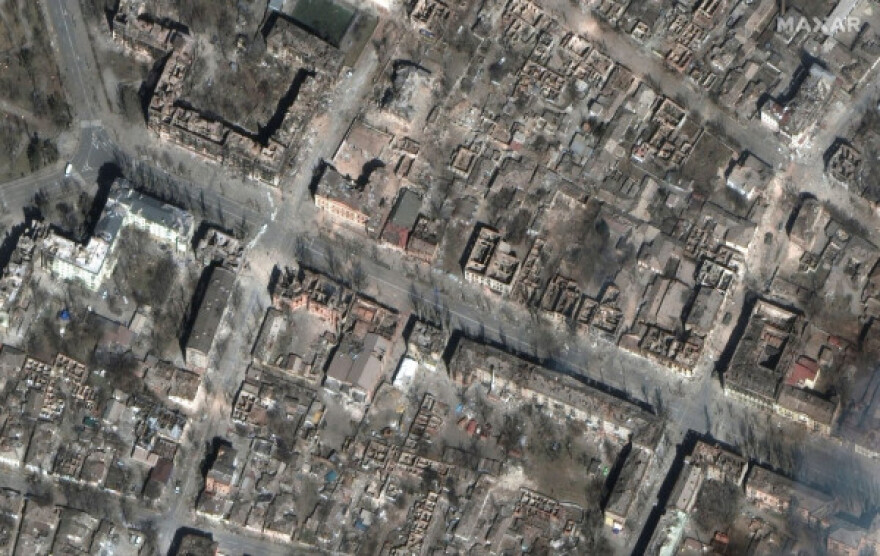 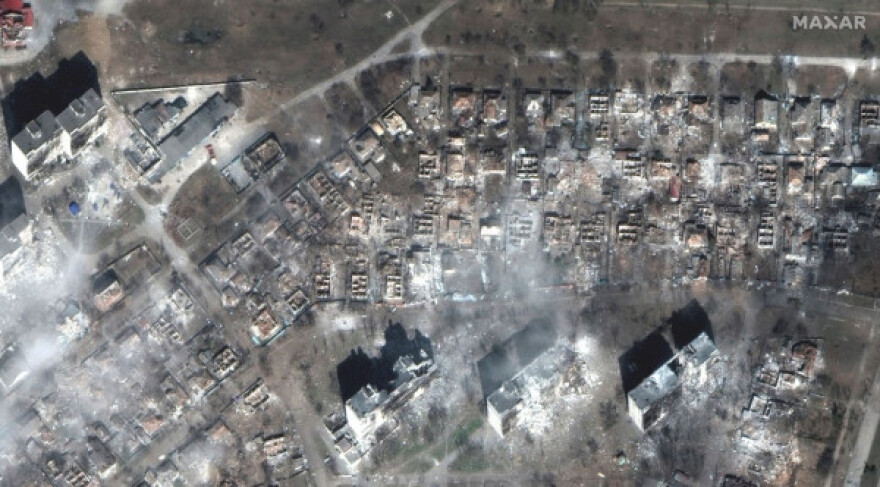 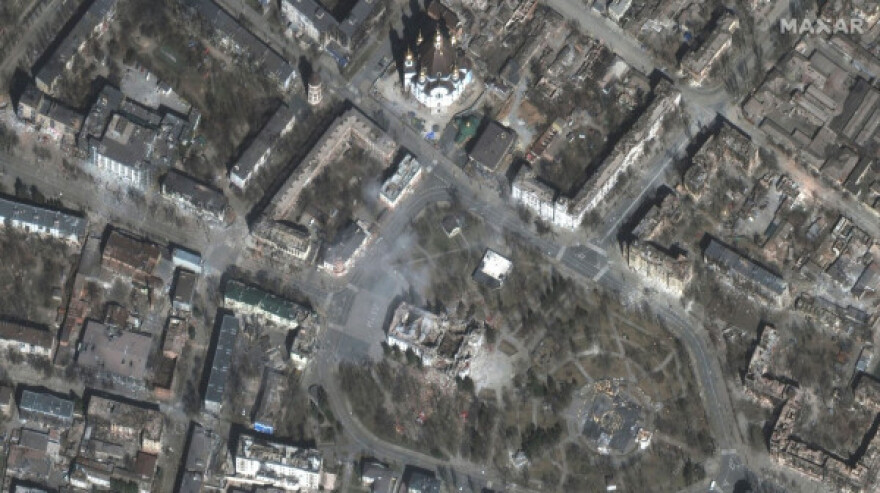 According to him, 90% of the buildings in Mariupol have been damaged and 40% have been destroyed, including hospitals, schools, kindergartens and factories.

The southeast Ukraine city of Mariupol has been battered by Russian airstrikes and Ukrainian bombings in recent weeks.

Among the buildings hit have been a maternity hospital, a theatre and an arts school. At least 2,000 civilians have died and some 80% of homes have been destroyed, according to city officials. Some 7,000 people were evacuated by convoy from Mariupol on Tuesday.

The result is a harrowing humanitarian crisis as Ukrainians shelter in basements, and safe passage out of the city for civilians is limited and sporadic.

Mariupol is located between Crimea, which Russia annexed from Ukraine in 2014, and the region of Eastern Ukraine called Donbass, much of which was already controlled by Russian-backed separatists.

Russian President Vladimir Putin recognised the "independence" of two enclaves there prior to the full-scale invasion of Ukraine. Those are the two areas — so-called Donetsk and Luhansk people's republics — that have faced Russian aggression since 2014.

"Mariupol is right in between them. So taking Mariupol is part of the campaign in the south and the southeast to connect the Russian-held areas, essentially," Rita Konaev, an expert on the Russian military at Georgetown University, tells NPR.

By controlling Mariupol, Russia creates a land bridge to Crimea and control the entire north shore of the Sea of Azov.

Mariupol has long been an important industrial port city. In peacetime, it is a major site for exporting Ukrainian steel and grain.

That status has already been altered by war, says Liam Collins, a retired colonel with U.S. Army Special Forces who has trained Ukrainian forces. With Mariupol under siege, it's not able to currently produce for the war effort, he tells NPR.

The major impact would come if a negotiated settlement partitions off part of Ukraine, says Collins: "Ukraine's not going to want to do that after 2014 and 2015 [when Russia essentially took part of Eastern Ukraine], but it's always a possibility."

If Russia effectively cuts off Mariupol for the long term, and with it access to the Sea of Azov, it will damage Ukraine's finances and economic sustainability, hindering the country's ability to sell and ship its products.

"It's part of a broader effort to effectively cut Ukraine off from access to the sea, which is a really important part of Ukrainian economy and trade," Konaev says.

If Russia succeeds in controlling Mariupol, it would be a major morale boost for Russia.

That's because, according to Konaev, the campaign in Ukraine "has not been going in any way that Russia has imagined and they've encountered significant military challenges. And they haven't had a real victory since they've taken Kherson, which is nearby, and even there, it remains contested."

"So at this point, they feel that it is effectively necessary to take Mariupol in order to maintain morale and keep the campaign going," Konaev says.

Collins says capturing Mariupol would be notable for Russia — it not only "shows that you're having success, but it shows that you control a larger city."

The Azov Battalion, a neo-Nazi unit of Ukraine's National Guard, is the main fighting force in Mariupol.

MP Bogdanos: "I proposed to ban the burqa but the government said no"