War about and in Ukraine, will be a protracted one. Russia, already hard pressed, might not win this war, but nor will it come out of the battlefield defeated.

Sustaining grave casualties and losses in equipment, Russia has already created a land bridge from Crimea to Donbass (Donetsk and Luhansk), transforming the sea of Azov into a Russian lake. 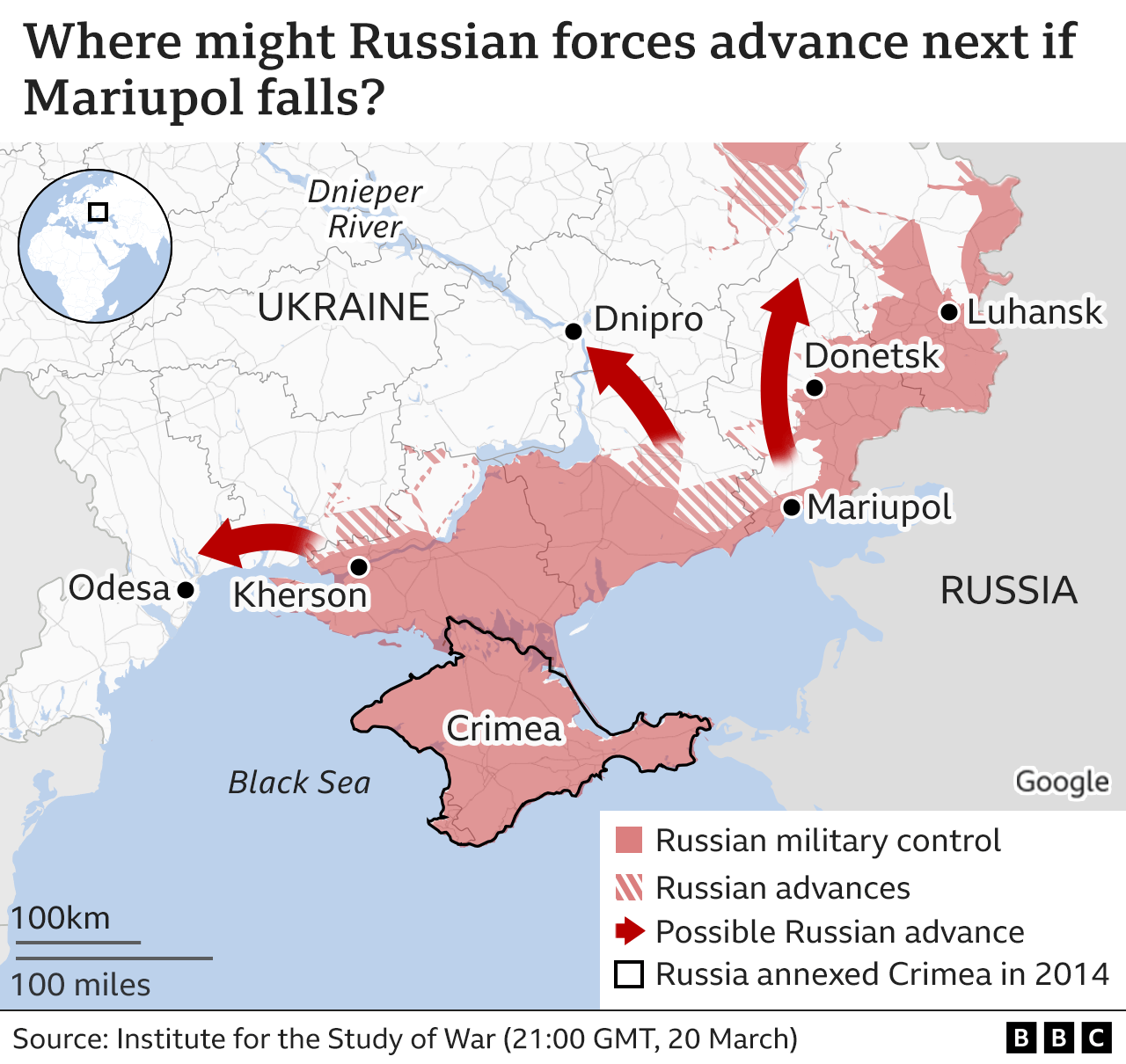 Moscow has underestimated the vigor of Ukrainian defenses, the same way as the West has not anticipated resilience, albeit well documented, of the Russian people to endure hardship. Nor was it foreseeable that the proclivity sanctions imposed for the current war would engineer, beyond energy shortages, a secondary, but not less severe, crisis among societies by bottlenecks in the supply chain of vital staples, such as wheat, corn and sunflower.

Havoc is already wreaking in developed western societies which rely on Russian gas, oil and coal. EU countries are being forced to abruptly sever the unbreakable “catholic marriage” with Russia and to replace this dependence with new dependencies, even with Iran, struggling to keep populations happy and industries afloat - yet at a much higher cost to be borne by the taxpayers. Pandora's boxes are opening.

The Russian “special operation”, seemingly ill conceived and ill coordinated, has been stalling. Kiev, Odessa, and perhaps even battered Kharkiv, will not be taken. Invaluable historic monuments and shrines of our Byzantine heritage in Kiev and symbols of Greek national renaissance in Odessa, and maybe the venerable churches for our Orthodox co-religionists in Kharkiv, will be spared.

Russia will be cut off from Europe for some time. Bad for Europe, bad for Russia. We need the vast expanses of the Russian steppe, west and east of the Urals.

On the other hand, Russians, beyond their veneration for the Holy Mountain, need the sources of their modernity in Europe perhaps even more. German pusillanimity, Russian brazenness and the American mind, prevailed once more over the spirit of Rapallo (1922), in other words the spirit of harmonious balancing between the interests of Russia and Western Europe.

The double headed eagle of Russia will turn to the East, more and more dependent on the Asian giants, despite antagonism among China and India. As for Ukraine, her fertile plains and natural resources, to the extent that they will not be consolidated with Russia (mainly Donbass), will be invaluable for the western (and Chinese) industries.

It is hard to conceive a viable future for independent Ukraine, other than as a state enjoying status of permanent neutrality under international guarantees, enshrined also in the constitution. It is a misfortune that this idea was not allowed to make its way in the years that preceded the ongoing war.

The Ukrainian crisis has evoked the question of the Bosporus and Dardanelles Straits, an issue central in the historical and national consciousness of both Australians and New Zealanders. During the Gallipoli campaign (1915) thousands of Australians and New Zealanders (ANZACS) fell in the ill executed plan to open the sea highway to Constantinople and relieve the armies and population of Russia from deprivation.

It should also be reminded that Australia is among the signatories of the Montreux Convention of July 1936 governing the regime of the Straits.

The International Community, especially seafaring nations like Greece, comply with the terms of the Convention. A revision of its terms to allow a broadening of its management, under a multilateral scheme of which Black Sea riparian states and Montreux signatories would be members, is not at the moment a subject of particular attention.

Euxinos Pontos (the Black Sea) is from time immemorial and the second sea of destiny for the Greeks. Odessa, Sevastopol, Theodosia, Mariupol and Taganrog are familiar places. There is no better than the Greek sailor as they are in command of the secrets of the Black Seas tumultuous waters. Our history and our interests converge. Looking beyond the vicissitudes of this war, ties of friendship to both Russia and Ukraine in our view are not mutually exclusive.

We are committed to respecting International Law, while we have to support our communities on the northern shore of the Black and Azov Seas, as well as to safeguard trade, energy interests, uninterrupted supply of cereals - without political circumstances raising barriers to our undertakings.

Russia's decoupling from Europe should not become permanent. It is a geopolitical grave peril for the north Atlantic to force Russia to sever its hereditary bonds with Europe and turn to China instead. Avoiding the creation of an alternative world order centred in the northwestern Pacific should be given high priority, guiding all efforts to find a viable peace formula between Russia and the West over Ukraine, allowing for an exit from the current devastating morass.

Who likes to keep the war fire burning until the last Ukrainian?

There is still time to avoid the unthinkable.