Early next month, Geoffrey Pyatt will complete his term as US Ambassador to Athens, handing over the baton to Greek-American George Tsunis.

In fact, the American ambassador on Sunday afternoon posted on social media a photo with a small church in Sounio, while outside it is his favourite bicycle.

As Pyatt stressed, he will miss the Greek summer and added that it was a privilege for him to serve as ambassador "in this remarkable corner of the world".

"We’ll miss the Greek summer this year but that just makes me savor today’s preview that much more. What a privilege it has been to serve as American Ambassador in this remarkable corner of the world," he tweeted.

His career in the U.S. State Department has led to posts in Asia, Europe, and Central America.

He started his diplomatic career in Honduras from 1990 until 1992 as vice-consul and economic officer in Tegucigalpa. 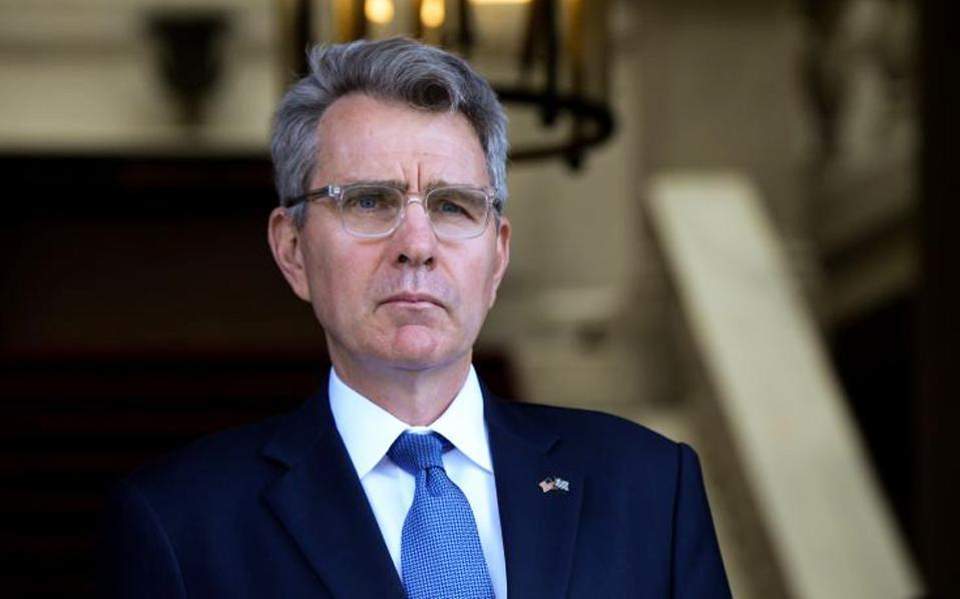 Pyatt served as Principal Deputy Assistant Secretary of the Bureau of South and Central Asian Affairs from May 2010 until July 2013.

On July 30, 2013 in the Harry S Truman Building of the US State Department in Washington, D.C.m Pyatt took the Oath of Office of United States Ambassador to Ukraine.Ukrainian President Viktor Yanukovych accepted Pyatt's credentials on August 15, 2013.

After his appointment, he started actively studying the Ukrainian language.

On October 15, 2013 Pyatt attended an international conference on fighting anti-Semitism in Kyiv, but could not address the audience at the event due to the United States federal government shutdown of 2013.

Pyatt became part of a diplomatic scandal in January 2014, when his conversation with the Assistant Secretary of State for European and Eurasian Affairs at the United States Department of State, Victoria Nuland, was apparently intercepted and uploaded to YouTube.

On May 19, 2016, he was nominated by U.S. President Barack Obama to serve as United States Ambassador to Greece. He was replaced by Marie L. Yovanovitch in Ukraine.

Caffeine: 4 secrets of its benefits

Tsitsipas and Sakkari both 5th in the world tennis world rankings