The Ancient Greeks loved their sports, and for this obvious reason staged the first formal Olympic Games in 776 B.C., giving the world the idea of organised sports events as entertainment for arenas full of spectators and adoration for new heroes.

The Ancient Greeks were the first culture in which people idolized their favorite athletic superstars, to a level that even today’s most fanatical sports fans might find extreme. 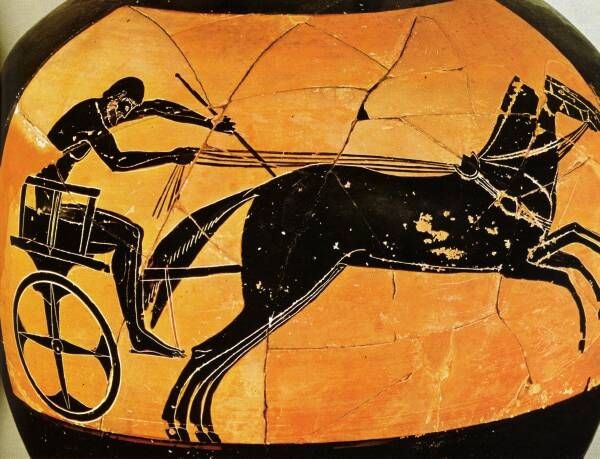 Chariot races were one of the oldest Greek sports—artistic evidence on ancient pottery suggests that the event dates back to the Mycenean Period from 1600 to 1100 B.C., and the poet Homer describes a chariot race held at the funeral of Patroclus in the Iliad, Giannopoulou notes. First included in the Olympics in 680 B.C., drivers raced in both four and two-horse chariot races.

According to Miller, the race consisted of 12 laps around a hippodrome, or horse track, and then 12 times in the opposite direction. The actual length varied depending upon where the event was held.

Chariot racing was an expensive sport to compete in, and the owners of the horses and chariots—who watched as drivers competed in their name—used the event to flaunt their wealth.

Hippodromes didn’t have a divider in the center of the oval, head-on crashes between chariots and horse teams sometimes occurred, which made chariot racing an extremely dangerous sport. 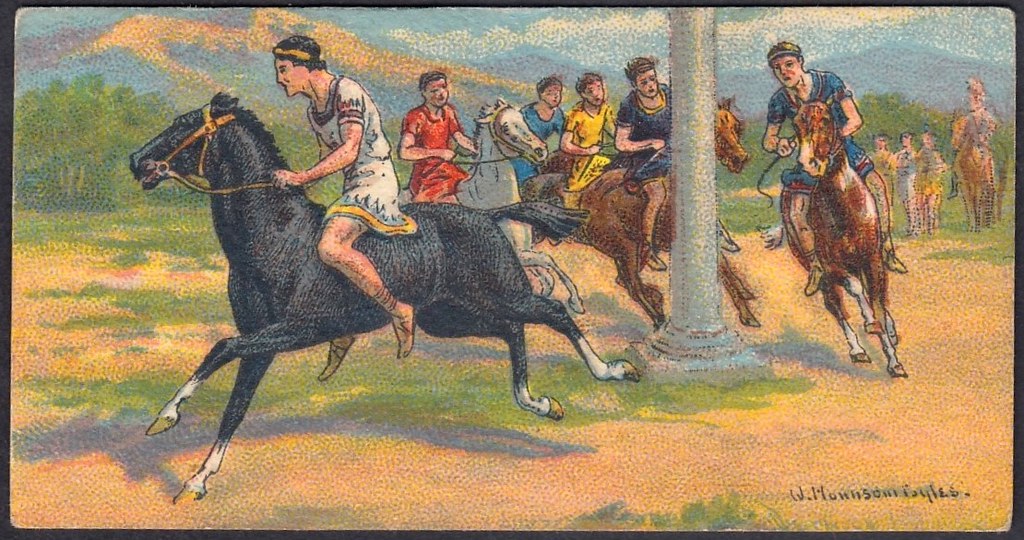 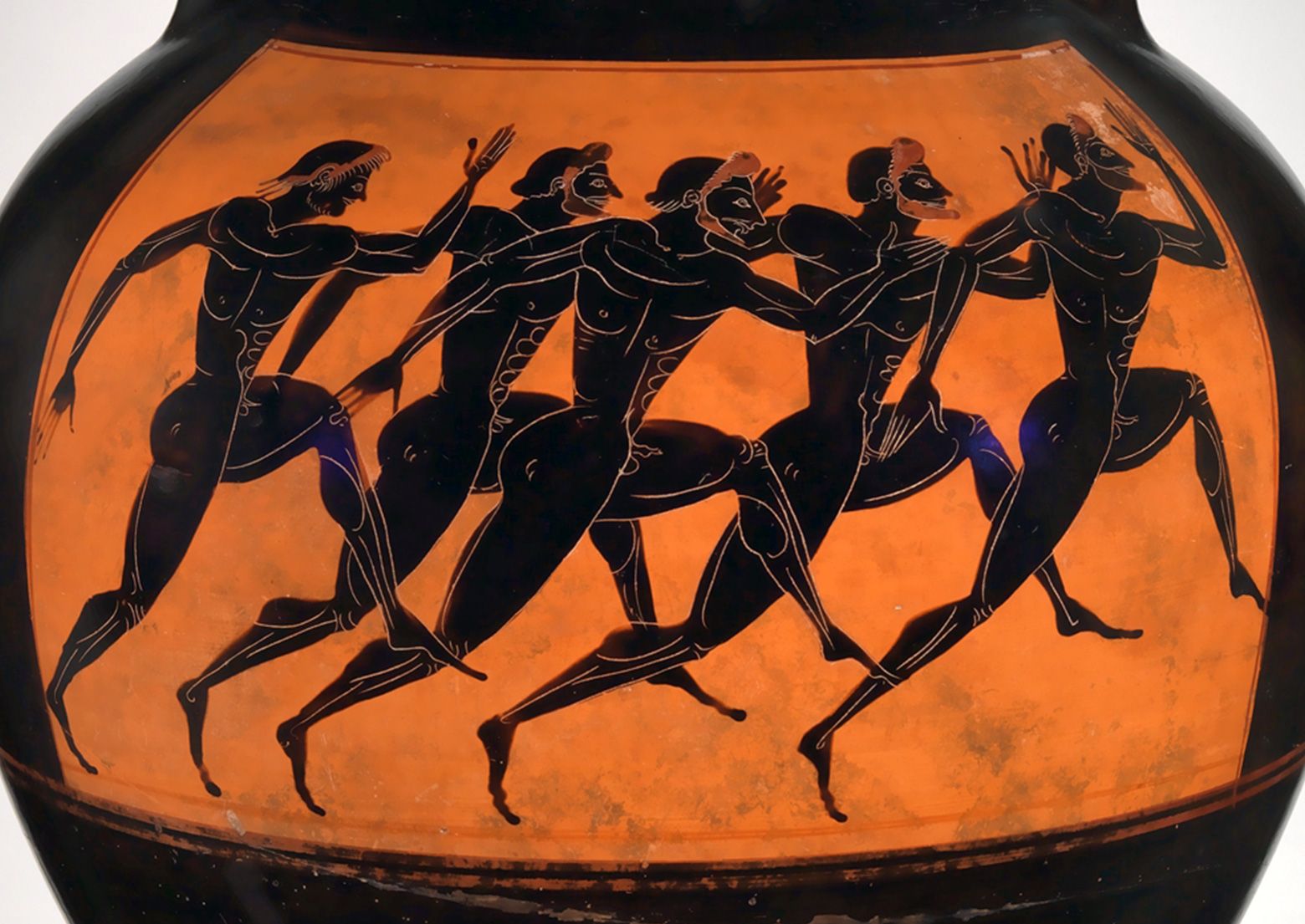 The Greeks loved footraces, particularly the stadion, which was named after an ancient unit of measurement and corresponded to the 200-meter sprint in modern track, according to Stephen Gaylord Miller’s Ancient Greek Athletics. From 776 to 726 B.C., it was the only event at the Olympic Games. The Greeks later added the diaulos, the equivalent of today’s 400 meters event, as well as a distance event, the dolichos, which was between 7.5 and 9 kilometers—roughly similar to the 10K event that countless recreational runners now participate in each weekend. But the Greeks had one event that has no modern counterpart—the hoplitodromos, in which competitors emulated Greek infantry, and ran wearing helmets and bronze shin guards and carried shields. 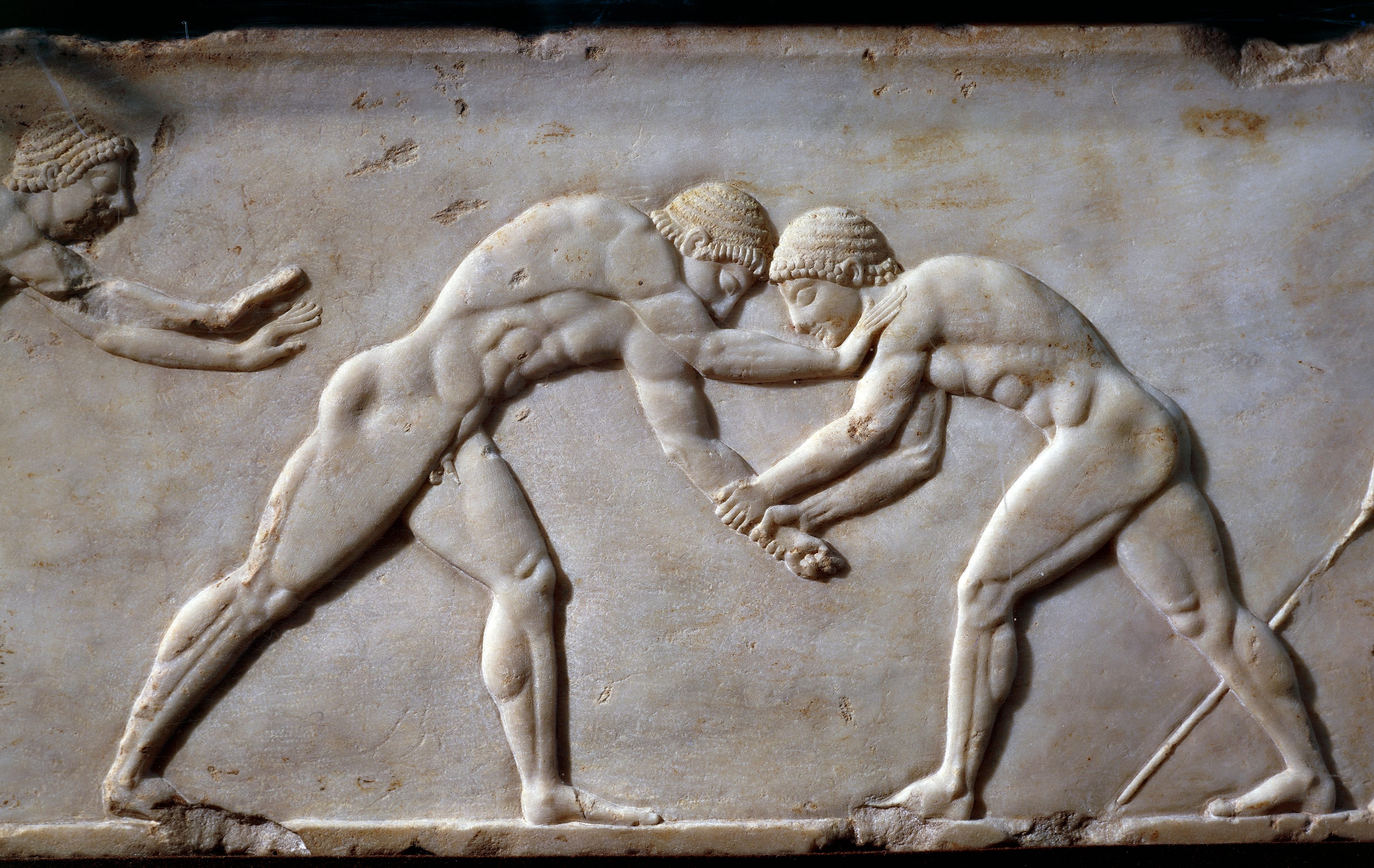 In ancient Greek-style wrestling, grapplers fought in a standing position, with the object of throwing the opponent to the ground, according to Miller. The concept of pinning an adversary’s shoulders to the ground didn’t yet exist. Instead, wrestlers won a match by throwing an opponent three times. Another unique feature of the ancient event was that there were no weight classes, according to Lunt. The most fearsome wrestler of ancient times was Milos of Kroton, who in legend developed his great strength by lifting and carrying a newborn calf until it grew into a full-sized ox.

The discus and javelin, to modern field events, date back to the ancient Greeks, but back then, they weren’t separate events. Instead, they were part of the pentathlon, a five-event combination that also included the long jump, running and wrestling. The Greeks had lead or stone weights, called halteres, that some believe jumpers used in an effort to propel themselves further during the competition, though Lunt believes that the weights were only used in training. 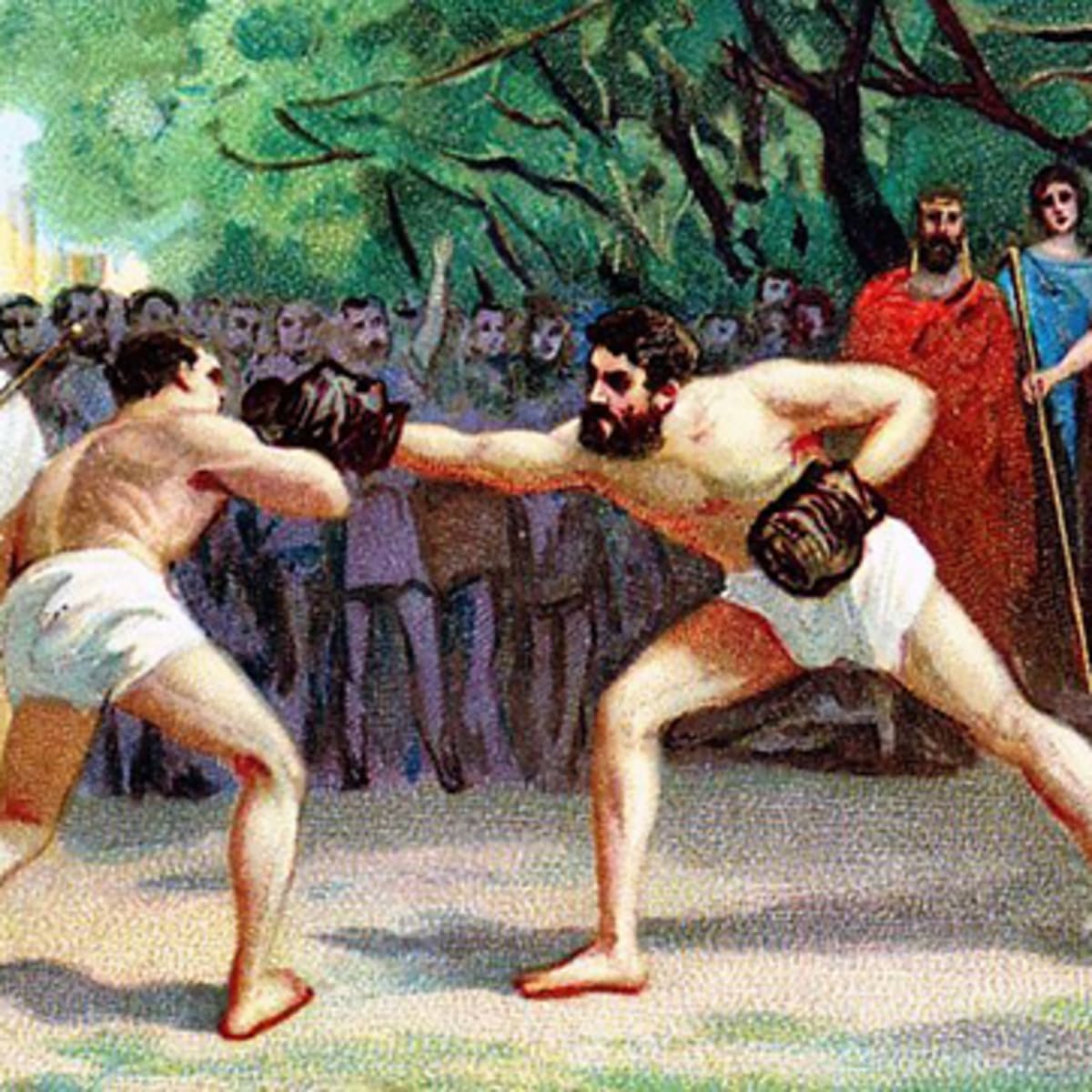 Unlike modern boxing, the Greeks’ version had no rounds and no time limit. Instead, boxers simply fought until one man was either unable to continue or admitted that he was beaten. Like wrestling, the Greek boxers competed in a single open division, and they wore thin leather thongs called himantes around their knuckles and wrists, but no padded gloves.

This sport, whose name means “complete victory” in ancient Greek, was a sort of no-holds barred version of modern mixed martial arts. According to Thomas A. Green’s Martial Arts of the World: An Encyclopedia, Vol.1, contestants used some of the same techniques as modern MMA, including boxing punches, elbows, knee strikes, low kicks aimed at an opponent’s legs, submission holds and ground grappling. They also were allowed to hit or kick opponents in the groin, something that’s not allowed in MMA, and unlike modern UFC fighters, they didn’t wear gloves, which allowed them to use karate-style knife hand strikes. Only biting and gouging were outlawed.

According to Michael B. Poliakoff’s Combat Sports in the Ancient World: Competition, Violence, and Culture, Sostratos of Sikyon won numerous crowns in competitions by bending opponents’ fingers back painfully until they were in danger of breaking (another technique outlawed in MMA).

Instead of the octagon, with its padded surface, competitors fought in a sand pit. The result was a bloody, brutal contest that not only tested an athlete’s fighting skills, but his ability to endure pain. As the 2nd Century A.D. writer Lucian described, fighters would pummel each other until their mouths were full of blood and sand, as a referee “urges them on and praises the one who struck the blow.”

Ancient Greek athletes didn’t earn anything comparable to the astronomical salaries that NBA and NFL players receive today, though they did have an opportunity to win prizes. At the Panathenaea, the games held to honor Athens and Athena, the winner of a foot race got 200 large, ornate jars filled with olive oil.

“I guess he could sell it, or else it would be a lifetime supply,” Lunt says. But for many ancient competitors, the adulation of the crowd, and the chance to achieve immortality because of their ability, may have been enough of a payoff.

READ MORE: The first Greek naval success since the beginning of the Revolution on this day 11th April 1821.

Apollonius of Tyana: The Greek philosopher that many believe is Jesus Christ