More than 1,000 Ukrainian troops have surrendered to Russian forces in Mariupol, the Greek-founded port city in southeastern Ukraine that has been under siege for weeks, the Russian Defense Ministry said today.

"In Mariupol, in the area of ​​the Ilyich (…) metallurgical plant, 1,026 Ukrainian soldiers of the 36th Marine Brigade voluntarily laid down their arms and surrendered," the Russian ministry said, noting that 47 women and 126 officers were among them.

According to the same source, 150 of the Ukrainian soldiers were wounded and taken to the Mariupol hospital.

A spokesman for the Ukrainian Defense Ministry said today that he "has no information" about the incident.

Earlier, Chechen leader Ramzan Kadyrov said more than 1,000 Ukrainian Marines stationed in Mariupol had surrendered and called on those who had taken refuge in the Azovstal steel plant to do the same.

On Tuesday night, a report on Russian state television, broadcast by Rossiia 24, announced the surrender of more than 1,000 Ukrainian soldiers.

The broadcast images show men in camouflage uniforms carrying the wounded on stretchers or being interrogated standing up.

Other images show - according to Russian television - Ukrainian soldiers walking down a street with their hands up. One of them holds a Ukrainian passport.

Meanwhile, the family of a British man fighting in Ukraine said he has told them he will have to surrender to Russian forces.

Aiden Aslin, from Newark in Nottinghamshire, has been fighting in Ukraine since he moved there in 2018, and became a marine in the country's military.

His unit has recently been defending the besieged city of Mariupol, which has been heavily bombarded by Russia, the BBC reported. 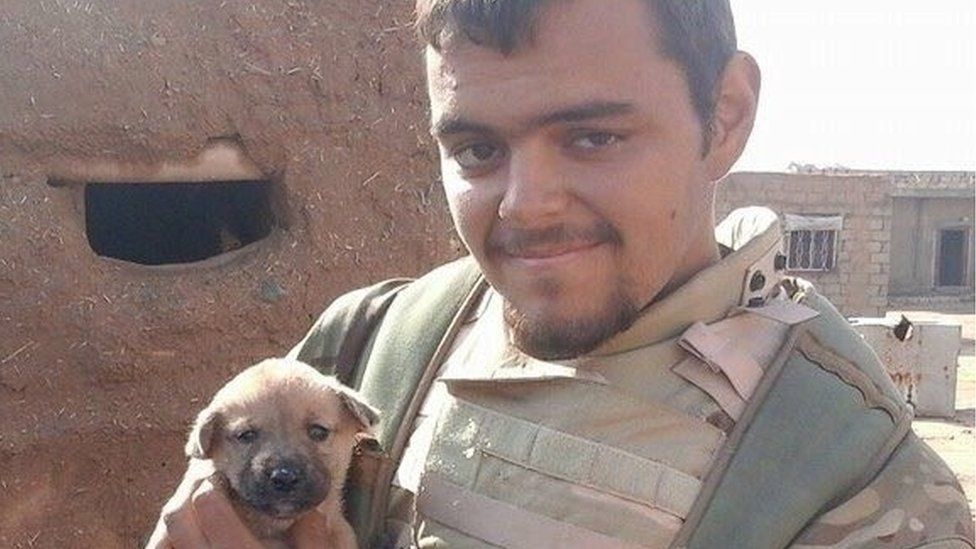 His mother Ang Wood said her son told her he had no choice.

"He called me and said they have no weapons left to fight," she said.

Ms Wood said her son - a former care worker who previously fought with Kurdish armed units in Syria against so-called Islamic State - "sounded okay", but called for the UK government to provide more support to Ukraine.

"Boris [Johnson] needs to take [Vladimir] Putin down," she added.

Brennan Philips, a friend of Mr Aslin who also spoke to him by phone, said he sounded "strong and in good spirits".

"He called me and said 'we have no food, no supplies, no ammo, we're completely surrounded, we have to surrender'," he said.

"Aiden was very well aware of what was going on, very calm.

"They can't get out, they can't fight back so they had no choice.

"I'm sure if they had a bullet left they would have shot it."

READ MORE: UKRAINE – The War, the Straits and the Alternative World Order.