The six areas where Greece will start exploring for gas are located northwest of the island of Corfu in the Ionian Sea, in the Gulf of Kyparissia and in the sea west and southwest of Crete, as well as in the regional unit of Ioannina. 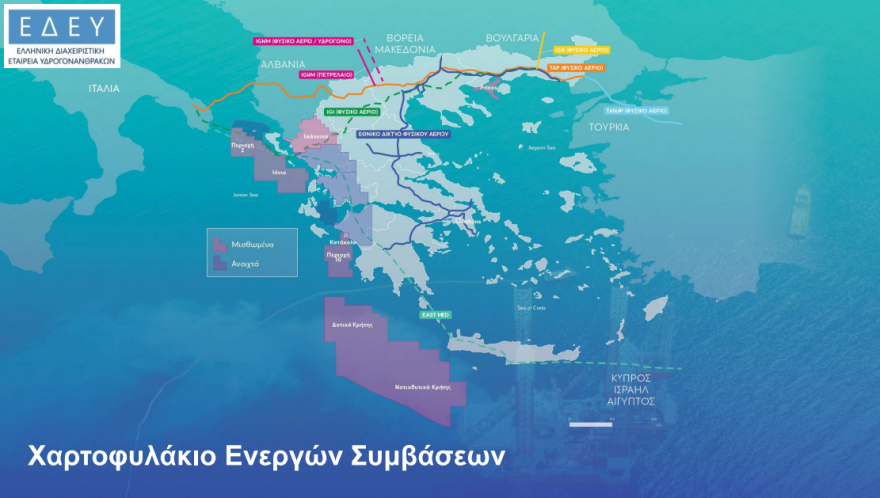 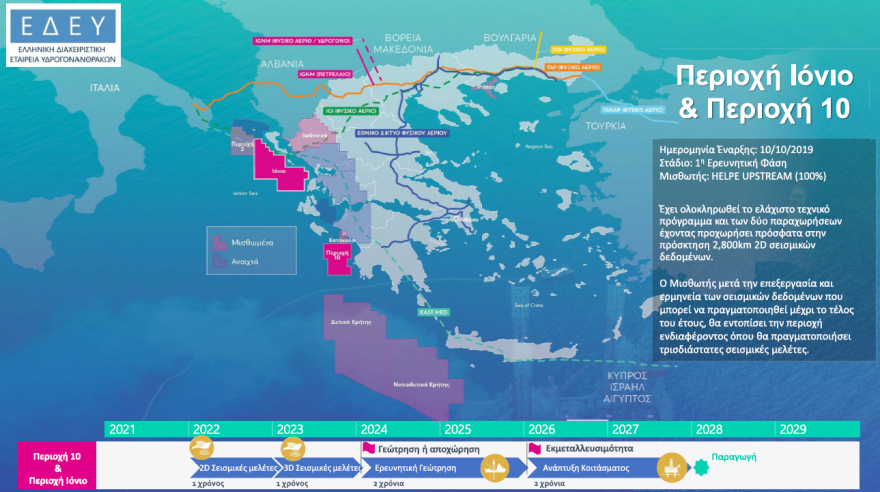 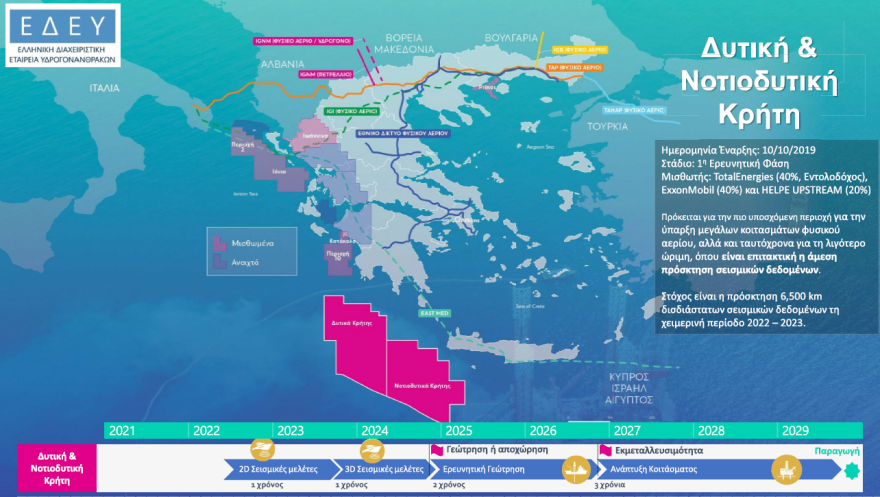 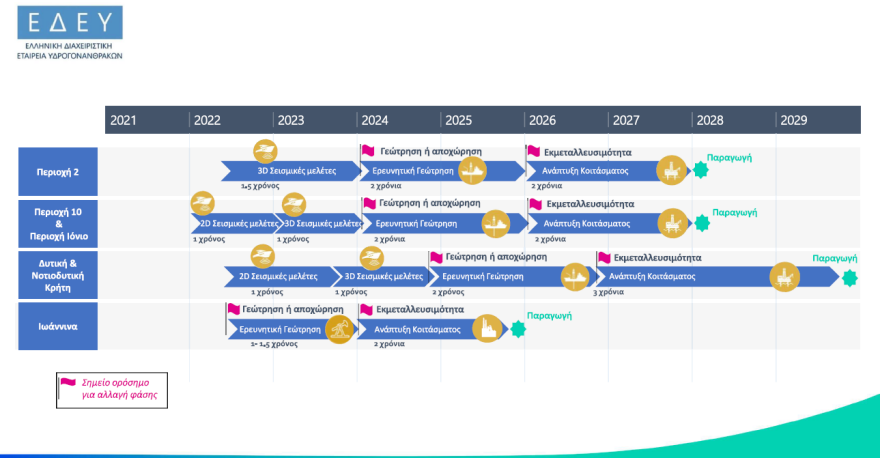 "I am very happy that we are given the opportunity to make a fresh start and I want to repeat that when we speak of exploration in the natural gas sector, nobody can be certain of the result. We have indications that make us cautiously optimistic. We have to know with certainty whether there are reserves which are economically viable to extract. We will know it by the end of 2023," Mitsotakis underlined during his visit to the Hellenic Hydrocarbon Resources Management company.

The premier said that in the new European environment, reducing reliance on Russian natural gas and the search for fossil fuel solutions that will guarantee sufficiency and better prices are the only road for Greece.

He clarified that this new road does not turn away from the long-term goal of reducing carbon emissions, while noting that a decision must be made on whether Greece will be a storage and transfer hub only or whether it will be a natural gas-producing country.

"Greece has a key role to play in the new energy landscape," Mitsotakis said, adding that "we are here to announce another important choice, that of the producer country".

Mitsotakis said that the government has announced the speeding up of processes for exploration and drilling of natural gas that Greece is likely to possess in substantial quantities on land and at sea, within exclusive zones of exploitation.

He explained that this concerns six areas, one in Epirus and five offshore regions, underlining that the Russian invasion, the rise in prices and plans to reduce reliance on Russian natural gas demand that Greece reconsider its strategy.

The premier said that the initial survey programme will conclude by the end of 2023 and the first exploratory drilling may take place before the end of the following year.

"If we have quantities that can be economically extracted we will replace imports with our national wealth," Mitsotakis stated.

The steps Greece has taken to become independent of Russian natural gas have placed it ahead of other European countries, outgoing US Ambassador Geoffrey Pyatt said at a press briefing in Thessaloniki on Tuesday.

In his last official visit to Thessaloniki before completing his tenure in Greece, Pyatt said it would have been particularly useful for some of the larger European countries to have planned over the last decade as Greece did not to rely on Russian natural gas import.

Reviewing Greece's steps, he said the country now has the Trans-Adriatic Pipeline, the Revythoussa terminal off Attica, and is nearing completion of the IGB interconnector with Bulgaria and the floating storage and regasification unit (FSRU) in Alexandroupolis.

"The LNG (liquefied natural gas) market is global. The gas will go wherever the market sends it," he noted, and "from this viewpoint, our interest in Greece is not primarily commercial." As the world's largest LNG exporter, the United States has a strong tradition in collaborating with corresponding companies in Greece and supports both "the absolutely right agenda" of Prime Minister Kyriakos Mitsotakis in energy transition focusing on natural gas, and Europe to become energy independent of Russia.

Large segments of the European economy in which the industrial model is centered on natural gas imports from Russia - including Bulgaria and the Western Balkan states - "are now realizing a lot more clearly after February 24 that they do not want Russia to be their sole supplier," he said, referring to the day Russia invaded Ukraine.

In terms of energy projects in northern Greece, the American ambassador said they are important for the entire region, not just Greece, but he also expressed concern that the slow privatization process through the Hellenic Republic Asset Development Fund (HRADF) might lead to investors losing interest.

Asked to comment on developments in Ukraine (where he served as US ambassador in 2013-2016), Pyatt said, "I have no idea where this will all end up. But I know it will end up in [Russian leader] Vladimir Putin's defeat, and that Russia will be a lot weaker because of Putin's choices," but Ukraine will be more united and devoted to its European process. He also referred to the civilian deaths in Mariupol, which he called "crimes of war over a man's imperialist vision that comes out of the 18th or 19th century, not where we are now."

Asked to comment what he will miss most from Greece, he said the Greek light, the many and beautiful places, and the good food of Thessaloniki. Pyatt, the longest-serving US ambassador to Greece, was appointed to Athens in September 2016 and is leaving the post in less than a month. He has been the American ambassador with the most visits to Alexandroupolis during his tenure.

“Covid-Pass to be suspended on May 1st,” announces Greece Health Minister

Athens-New York flights with American Airlines from May 6