When Despina Vandi happily uploaded the new poster for the appearances with Lefteris Pantazis in Barbarella on Thursday, she could hardly imagine the reaction she would receive from social media.

More specifically, the popular singer stated in her post:

"Finally Thessaloniki!!!
I missed you so much! It's time to meet again and live magical nights!
The fun with me will be taken off by the one and only Lefteris Pantazis as only he knows !!! I'm looking forward !!! ❤️❤️❤️❤️." 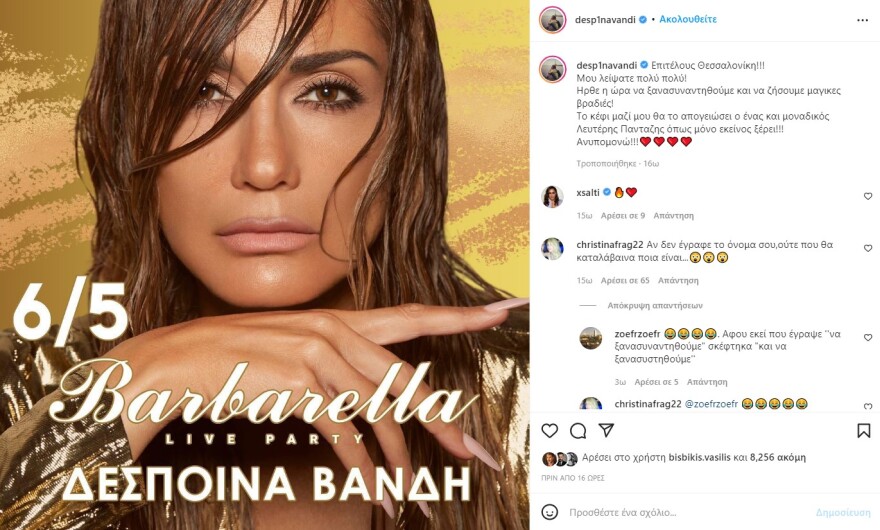 The hundreds of comments below her post are reacting to Vandi's choice to use so much filtering and Photoshopping on her face.

Among other things, several users of the platform wrote:

"If he did not write your name, I would not even know who she was"

"With a little filter you even become J-Lo😂😂😂"

"A very failed photo, you are much more beautiful 🙌 "

"Despina, you overdid it with Photoshop!"

"Mrs. Despina are you in the photo? Will you drive us crazy? "

"Is this Despinara? Unrecognisable, did you overdo it with photoshop?"

Comments are increasing by the hour.

Despina Vandi has not deleted any negative comments from her personal post and her answer will be very interesting to what her fans accuse her of.

But on Twitter, however, commentators really focussed on the singer's altered photoshop image.

Many did not recognise her, while others remembered the cover of "Gia" from the distant 2001.

The poster for Barbarella that lit fires 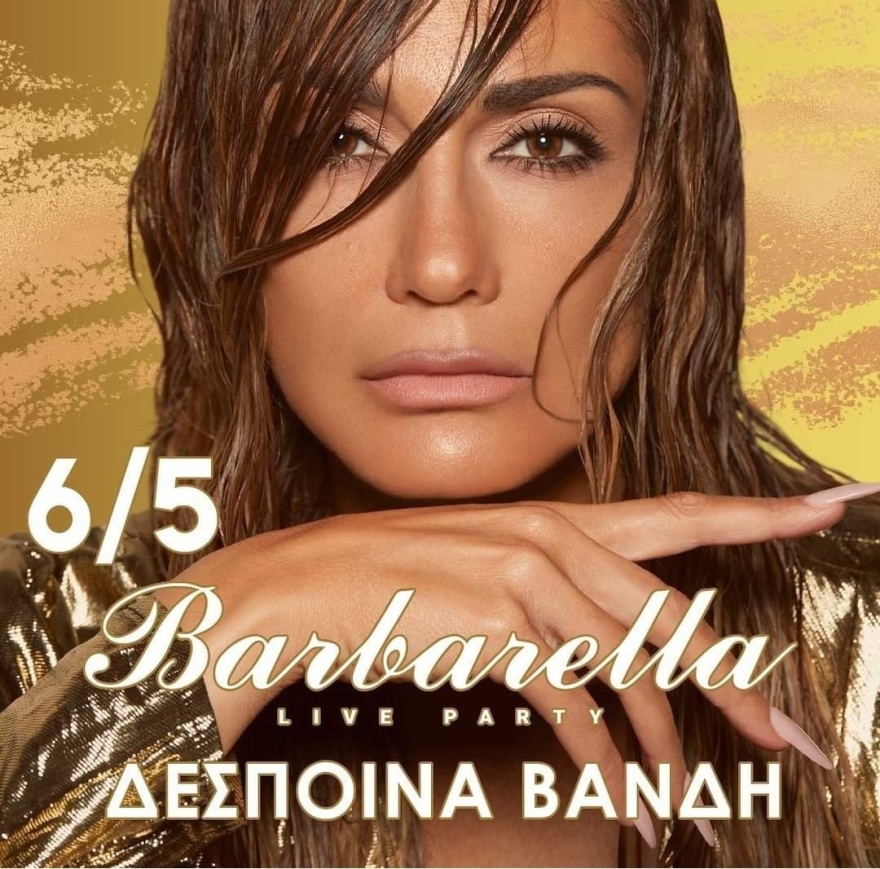 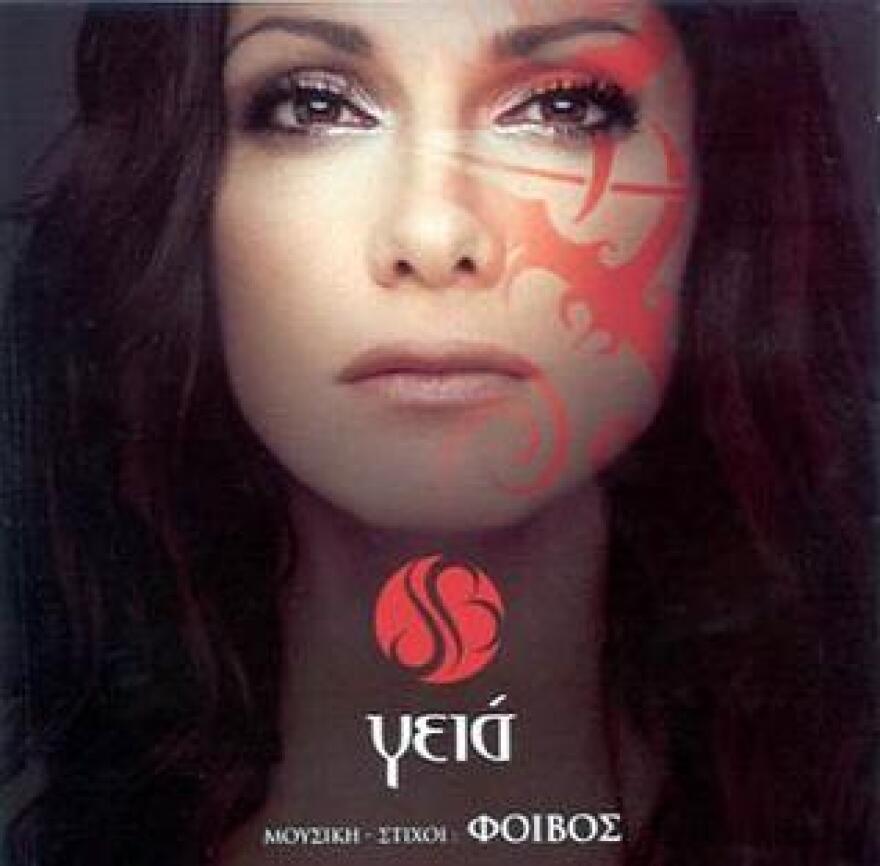