Russian Defense Minister Sergei Shoigu has told President Vladimir Putin that the city of Mariupol has been captured by Russian forces from Ukraine.

“Vladimir Vladimirovich [Putin], Mariupol has been liberated by Russian forces and forces of the Donetsk People’s Republic, with a small amount of extremists remaining in the industrial zone,” Shoigu said.

A Ukrainian marine commander in Mariupol has made what he described as his troops’ “last address to the world” as they try to resist overwhelming Russian forces in the city.

They were outnumbered and running out of supplies, Major Serhiy Volyna said.

A Russian deadline for the surrender of Ukrainian forces has passed with no sign that the troops have complied. 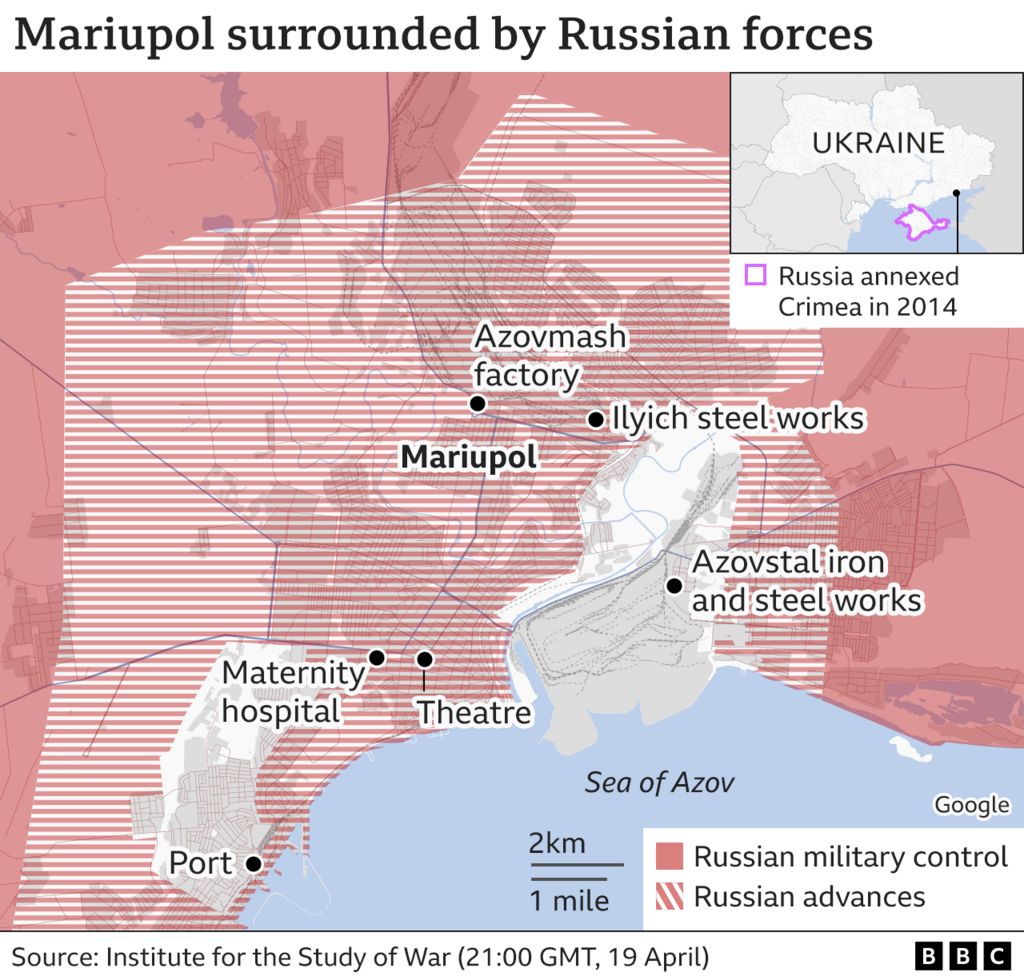 The last holdouts are sheltering in the city’s huge Azovstal steel plant, reportedly with 1,000 civilians.

Putin for his part ordered Shoigu to cancel the assault on Azovstal and impose siege on it instead.

BREAKING: Putin reported to have "cancelled" the storming of the large Azovstal plant in Mariupol, instead ordering his troops to lay siege to the area that remains under Ukrainian government control. https://t.co/NftsnrWQUG

Kyiv said there was a tentative deal to rescue some civilians from the city.

The city’s mayor, Vadym Boichenko, told national TV that Ukraine had hoped to send 90 buses to evacuate about 6,000 people on Wednesday. He said around 100,000 people are trapped in Mariupol. 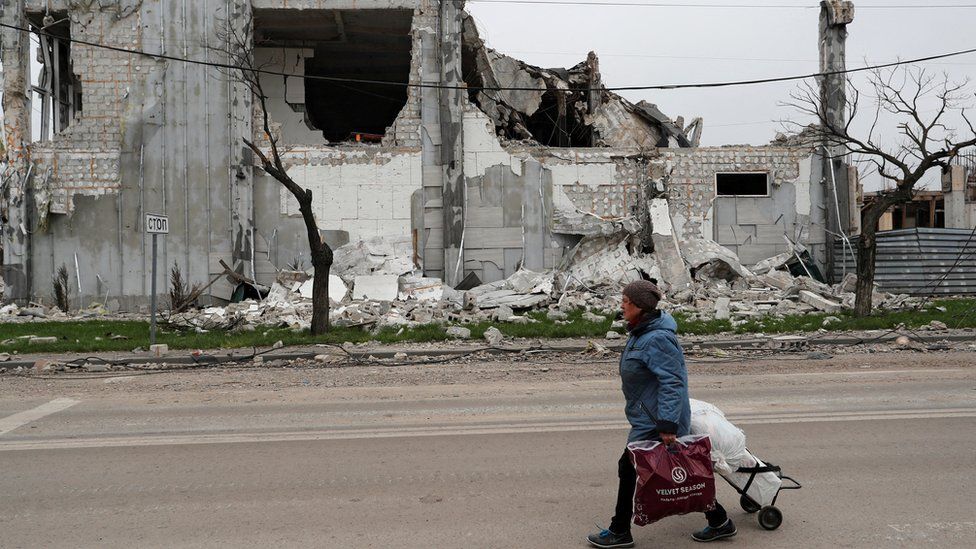 However, regional governor Pavlo Kyrylenko subsequently said that fewer buses than planned were able to reach trapped civilians and not many were evacuated.

“People of course gathered at the agreed meeting points, but few of them got onto the buses,” he told Reuters news agency without giving specific figures.

The Azovstal Iron and Steel Works – a massive, four sq-mile (10 sq km) plant in the south-east of the city – has become the last centre of the Ukrainian resistance in Mariupol.

It is unclear how many Ukrainian troops remain in the city, but in a video message sent to the BBC, Maj Volyna, said around 500 injured troops were being cared for at the steel plant.

Maj Volyna, who leads the 36th marine battalion, said his troops were running low on supplies and that the video marked “our last address to the world. It may be our last one ever”.

He said that Russian forces outnumbered his own by “dozens of times,” and that while Ukrainian morale remains high, Moscow’s forces “prevail in the air, in artillery, in ground troops, and in machines and tanks”.

As Russian forces advanced slowly into the heart of the port city, the sprawling Azovstal complex became a home to thousands of Ukrainian soldiers, including fighters from the Azov battalion – a neo-Nazi national guard unit under the command of the Ukrainian Interior Ministry.

The site is a mass of tunnels and workshops, and provides a natural advantage to defenders.

Yan Gagin, an official with the separatist Donetsk People’s Republic, told Russian state news network RIA Novosti over the weekend that there is “basically another city” beneath the plant.

Russia has been bombarding the factory with artillery and air raids, and Moscow has issued two demands for the troops to surrender.

“The US and Western states under its control do everything to prolong the special military operation for as long as possible,” he said.

“The increasing volume of foreign arms shipments clearly demonstrate their intent to provoke the Kiev regime to fight until the last Ukrainian.”

He told a meeting of top commanders: “In the course of the special military operation the Russian army is coping with its tasks the supreme commander-in-chief [Vladimir Putin] identified.”

Up to 120,000 Greeks live in Mariupol and its surrounding villages.

READ MORE: Donetsk’s Greek Community Leaders: “What kind of Greek joined the Azov? There’ll be a reckoning for their sins against their own people.”