Ignoring what is explicitly mentioned in the "Prespa Agreement, the municipality of Lozovo in the central part of North Macedonia, established the 16-ray Sun of Vergina as its official emblem and flag.

According to reports, the proposal was submitted by a Municipal Councilor, affiliated with the nationalist party TMPO (Permanent "Macedonian" Radical Unification) and voted in favour by both the three councilors of the opposition VMRO-DPNE and the three members of the ruling Social Democratic Party. 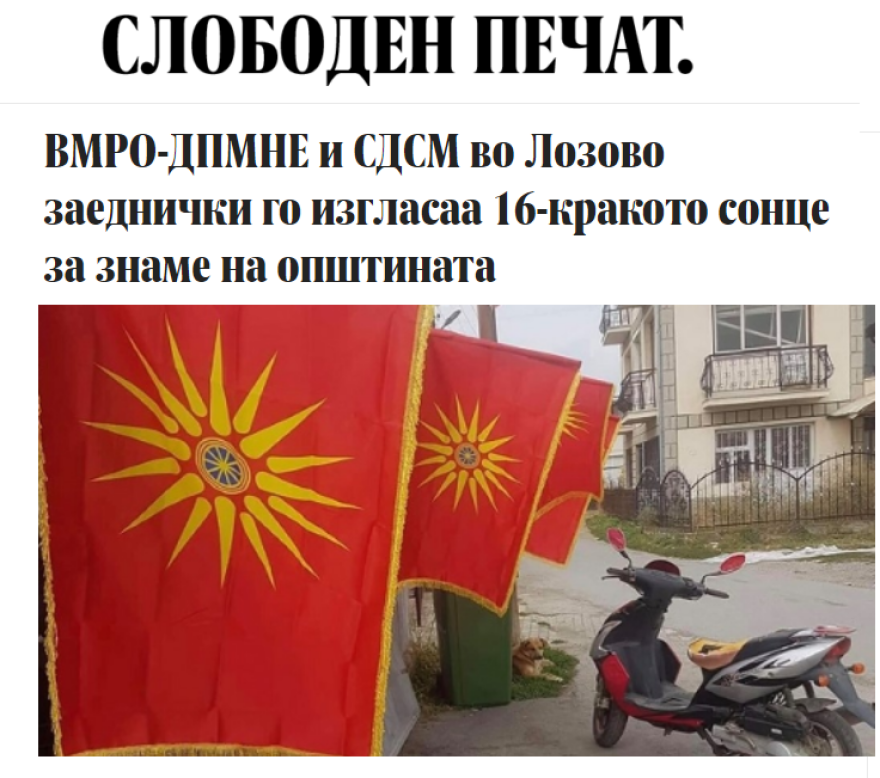 In a post on social media, TMPO President Vanco Shetanski spoke about an "Easter gift to the ubiquitous 'Macedonians'."

"I want to inform you that today we have succeeded and it is the first time that the national symbol of 'Macedonia' to be an official emblem in a municipality. I hope that our proposal will be accepted in other municipalities as well," he added.

Based on the Prespa Agreement signed in 2018 and entered into force in 2019, North Macedonia must remove the flag with the Sun of Vergina and the emancipatory references from monuments, books, institutions and public places to the Ancient Macedonian legacy.

The Agreement emphasises that the Sun of Vergina  is part of ancient Greek history and culture.

Mykonos landlord demands €21,000 in rent from employees for a small studio during the tourist season