Ukrainian President Volodymyr Zelensky has sworn that he will visit Athens after the war with Russia is over and described the Azov Battalion as "professional soldiers."

In an interview with Yiannis Souliotis that was broadcasted on ERT, he said that he had visited Rhodes and Crete, "but never Athens."

“Welcome Yiannis, thanks a lot for coming,” Zelensky said, as one of his aides served us coffee. “I know you love coffee very much in Greece, right?” 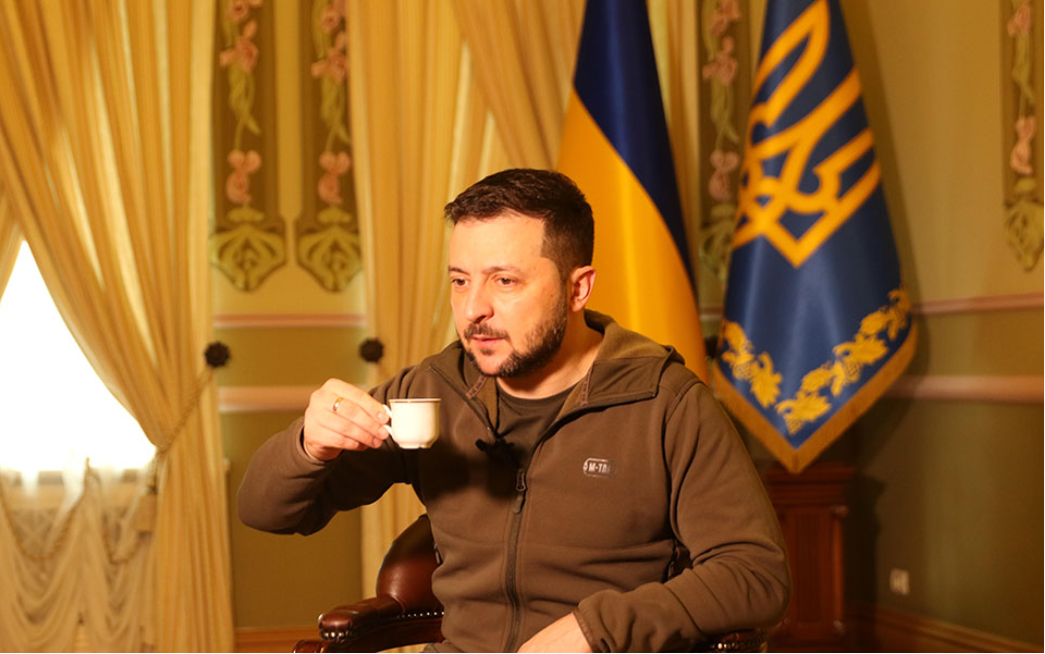 “I have visited your country many times, mostly Rhodes and Crete, but never Athens,” he added.

“You didn’t miss anything, but, anyhow, you should visit [Athens] when this thing is over,” Yiannis answered. 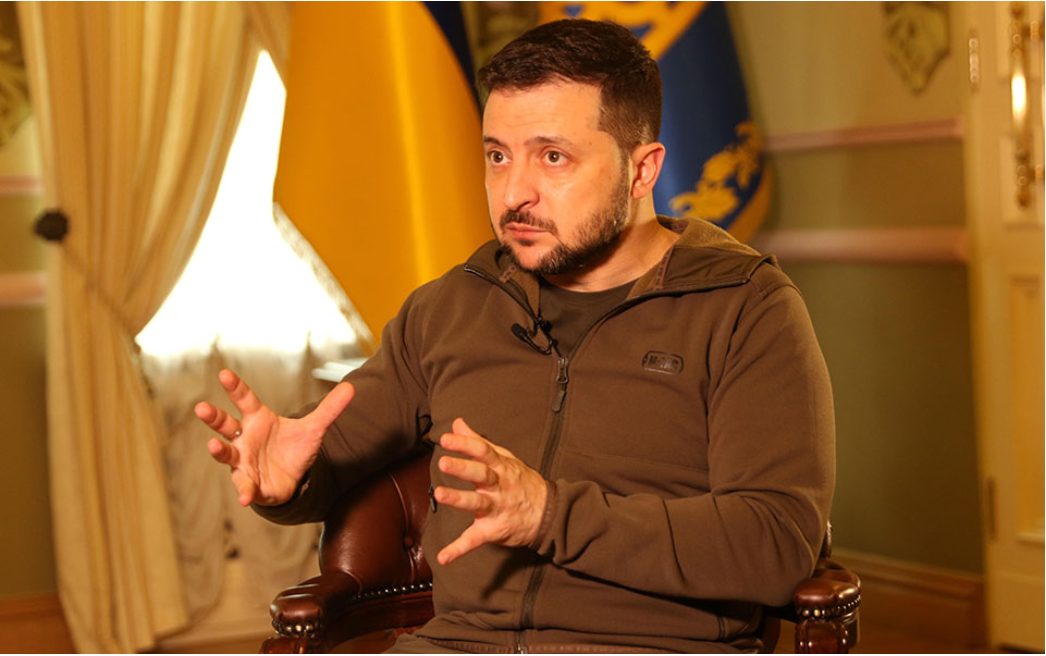 Like when he was asked what he tells his children, his friends and close collaborators what does he tell them when they ask when the war will end.

“Everyone asks me, all of them,” he replies in his trademark soft-spoken, slightly nasal and husky voice. “I tell them than the war will be over when we win.”

Earlier, Zelensky had referred in detail to the scenarios of a Russian nuclear attack and use of banned weapons.

“From the start of the war, we had been war gaming all sorts of attacks. In any case, trust in the Russian side’s promises and commitments is zero," the Ukrainian President said.

"Putin used to say that he would never attack Ukraine…and they have used banned phosphorus bombs in Mariupol, Kharkiv, Zaporizhzhya and elsewhere,” Zelensky continued.

He estimated that, so far, the cost of the war in destroyed Ukrainian infrastructure is $60 billion and agreed to answer about the recorded message of an ethnic Greek fighter with the neo-Nazi Azov Battalion that accompanied his own message to Greek Parliament.

Diplomatically, but also clearly, he explained that, at the start of the war in East Ukraine, in 2014, when the country did not have enough battle-ready troops, many voluntary groups were created to fight the Russian invasion, including the Azov Battalion.

“I would like to note, however, that today the Azov Battalion is part of the National Guard, of Ukraine’s Armed Forces, that is, professional soldiers who are defending Mariupol. On the contrary, it is the Russians who are behaving like Nazis.”

During our interview, he repeated two to three times that he is grateful for Greece’s aid. When asked about Western reaction, in general, he said that “as President of a country at war, it is natural to want more, faster.”

When asked whether he saw any contradiction to Turkey’s pushing for a role as the mediator for peace in the war between Russia and Ukraine, while at the same time making aggressive and provocative military moves at Greece, he did not address it directly.

“When you are at war, you must do the best you can to rally countries around you, even those with historically difficult relations [among themselves],” Zelensky began.

“Every state has its own interests. Russian tourism has brought a lot of money to Greece for many years now.

"We believe [Russians] make money by spilling blood, and it is this blood money [tourists] spend.

"The same is true of Turkey: on the one hand, Turkey is a mediator, and also supports Ukraine with important actions, and on the other we see it preparing many tourist itineraries, especially for Russian tourism.”

After about 50 minutes, and with discussion still going strong, Zelensky’s spokesman, who was present, intervened to remind that the allotted time has been exceeded.

“What’s the cost in human lives and infrastructure you’re prepared to bear?” Yiannis asked as they rose out of their chairs.

“The lowest price possible that will allow us to keep our freedom,” he replied.

READ MORE: Turkish analyst: “Greece is the number one threat to Turkey.”