A provocative front page in the Turkish pro-government newspaper Yeni Şafak accused Greece of "escalating tension in the Aegean" with the new state-of-the-art Rafale aircraft, while leaving hints that they may be flown by… French pilots.

With the headline: "Second-hand challenge: Athens, which received Rafale from France, escalates tensions", the newspaper tries to accuse Greece despite it being Turkey that has been systematically provoking lately by flying over Greek Islands.

"Annoyed by Turkey's global activity, including the Russo-Ukrainian war, and hostile to refugees, Athens has once again turned to provocations," stated the provocative article.

"The cause of Athens' audacity, which in 15 days violated Turkish airspace dozens of times, was the purchase from France of 18 fighter jets (12 of which were used).

"Greece, which entered an arms race against Turkey and invested the money of the Greek people in defence spending, fell into whims with the Rafale in the Aegean. 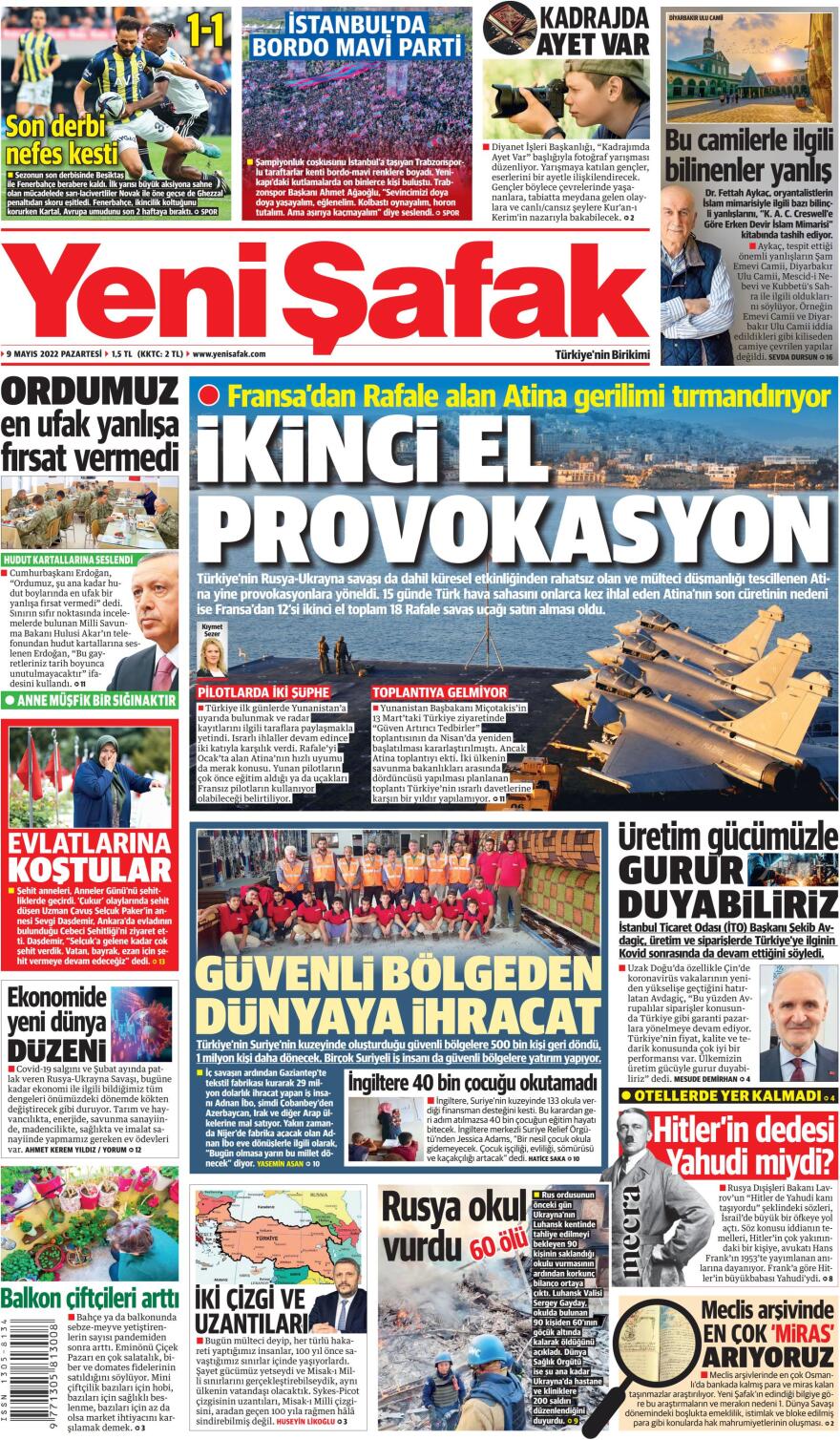 The article pointed out the "warnings" of Ankara to Athens for the alleged continued "violations" of the Turkish national airspace by Greek aircraft.

It specifically states: "Turkey, which warned Greece, which since April 26 has violated the Turkish airspace in the Aegean dozens of times, due to good neighbourly relations in the first days, shared its radar files with the competent authorities, while Greece repaid with persistent violations many times over.

"In the direction of sensitive balances and commands / instructions, heroic pilots respond twice as often against Greek aircraft.

"Apart from the fight on the field against the aggressive behaviour of Greece, the misinformation and propaganda activity in foreign policy are refuted with evidence and documents."

The article raised the question of how it is possible that Greek pilots have adapted so quickly to the new Rafale aircraft, leaving hints that maybe their pilots are French pilots.

"The subject for investigation is the rapid adaptation of Athens, which received Rafale fighter jets in January. It is reported that either the Greek pilots were trained a long time ago, or the aircraft are used by French pilots," the article suggests.

In another attempt to present white as black, Yeni Şafak accuses Athens of not coming to the table for negotiations.

"Greece, which Turkey invited to the table with peaceful efforts, once again did not attend the confidence-building meeting that was scheduled to take place in April in Ankara, as decided by the leaders' meeting on March 13 in Istanbul.

"While the fourth meeting between the defence ministers of the two countries, despite the persistent invitations of Turkey, could not take place last year as Greece closes its ears to the calls for dialogue."