Mykonos is hitting all the headlines for its exorbitant prices, but with literally hundreds of islands to choose from, there are no shortages of value-for-money holiday’s to be had in Greece.

Here are five Greek islands that will not leave your pocket hurting like Mykonos and Santorini.

The locations selected by Which? are based on the results of their latest survey, in which 1,386 British readers rated 13 Greek islands out of five for their beaches, scenery, food and drink, accommodation, tourist attractions, and value for money.

All of the below destinations were awarded at least four stars for accommodation and value for money, while also scoring at least 80% overall, meaning you can expect a decent holiday on a budget.

According to the British portal, Mykonos and Santorini came out as two of the lowest scorers, with just two stars for peace and quiet and three stars for value for money. 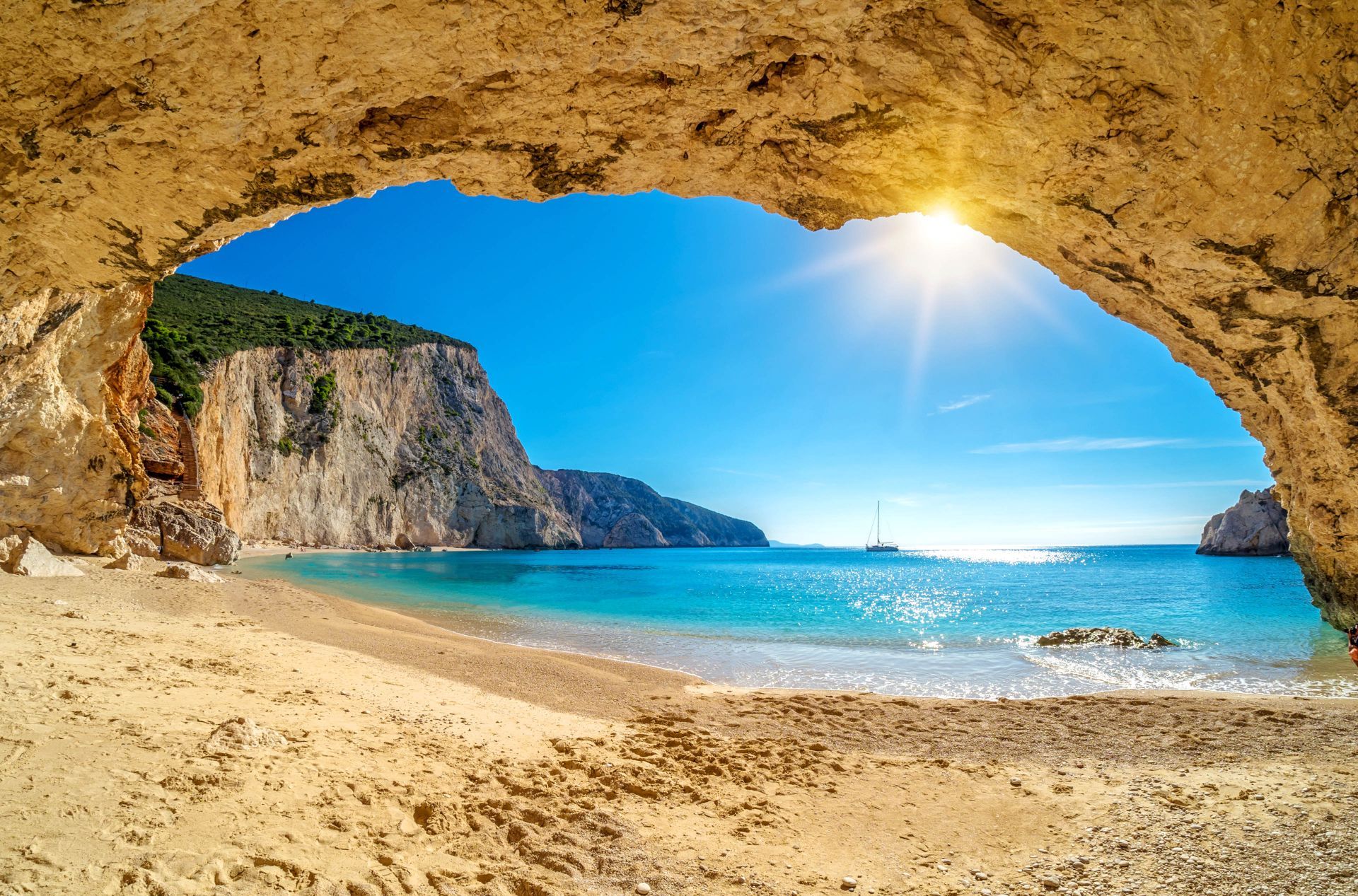 One of Greece’s hidden gems and dangling just above Kefalonia off the west coast, Lefkada offers scenic walks through mountain villages, a choice of 22 sandy beaches and plenty of traditional tavernas.

Lefkada was voted the best Greek island in our survey with five stars for peace and quiet and scenery, and four stars for beaches and value for money. 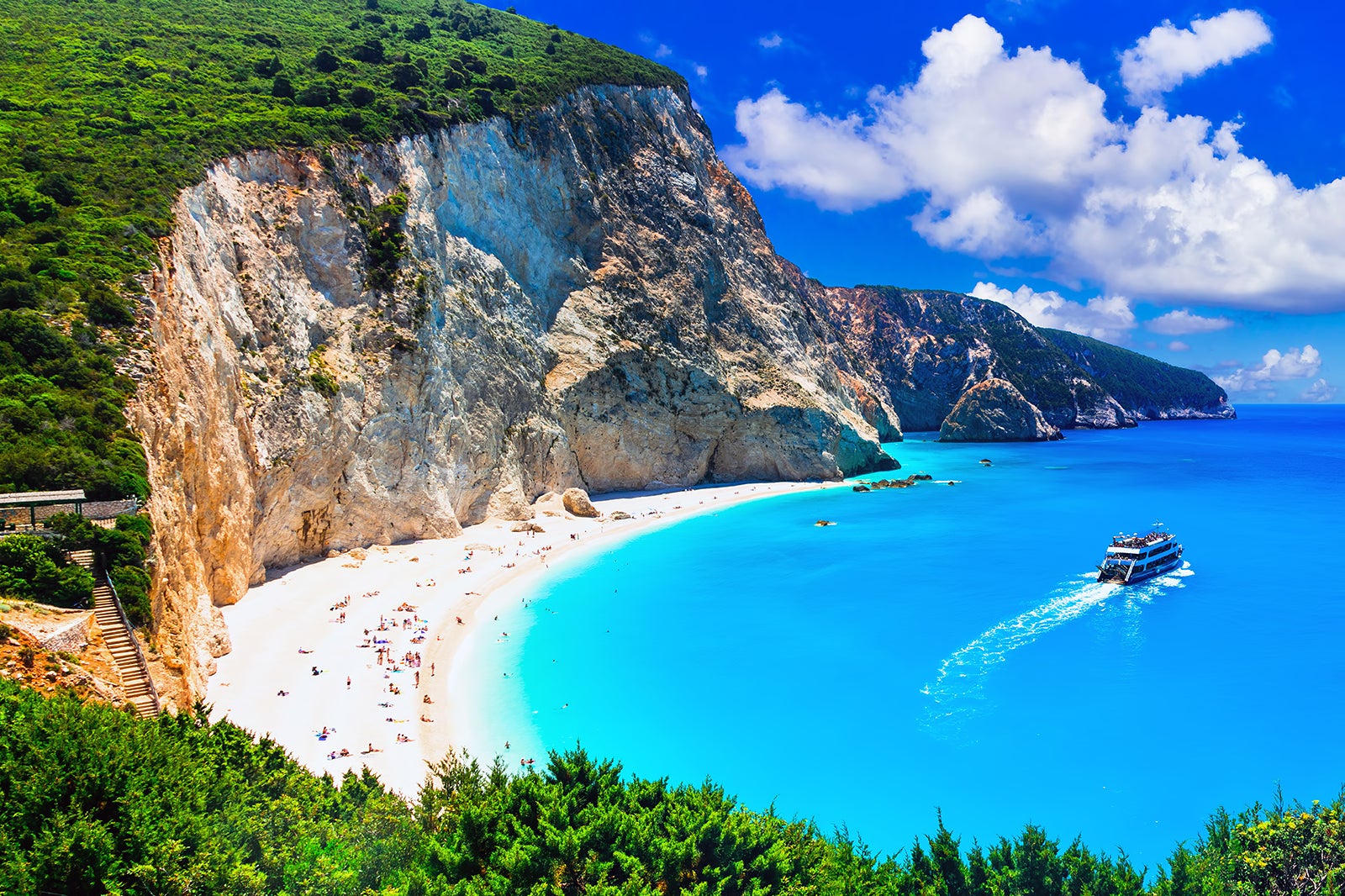 Nydri, which overlooks a bevy of emerald islets, is the busiest resort, while Geni, just across the bay, is the more peaceful alternative.

If a sandy beach is what you’re craving, aim for the village of Agios Nikitas, the only resort on Lefkada’s west coast where you’ll find a variety of newly built villas and apartments. 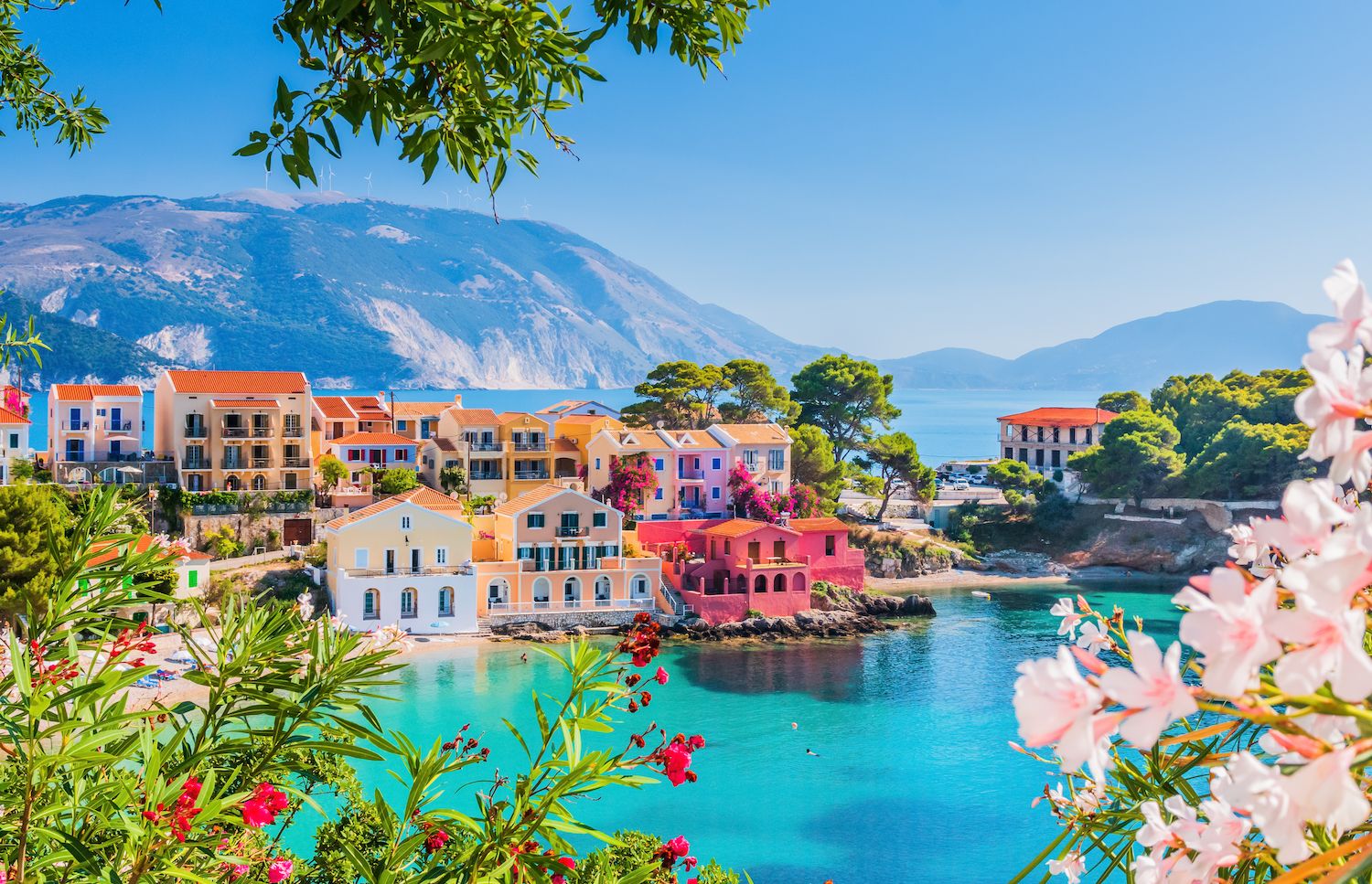 The ruggedly beautiful Kefalonia scored five stars for its scenery and potential for peace and quiet in our Greek islands survey. 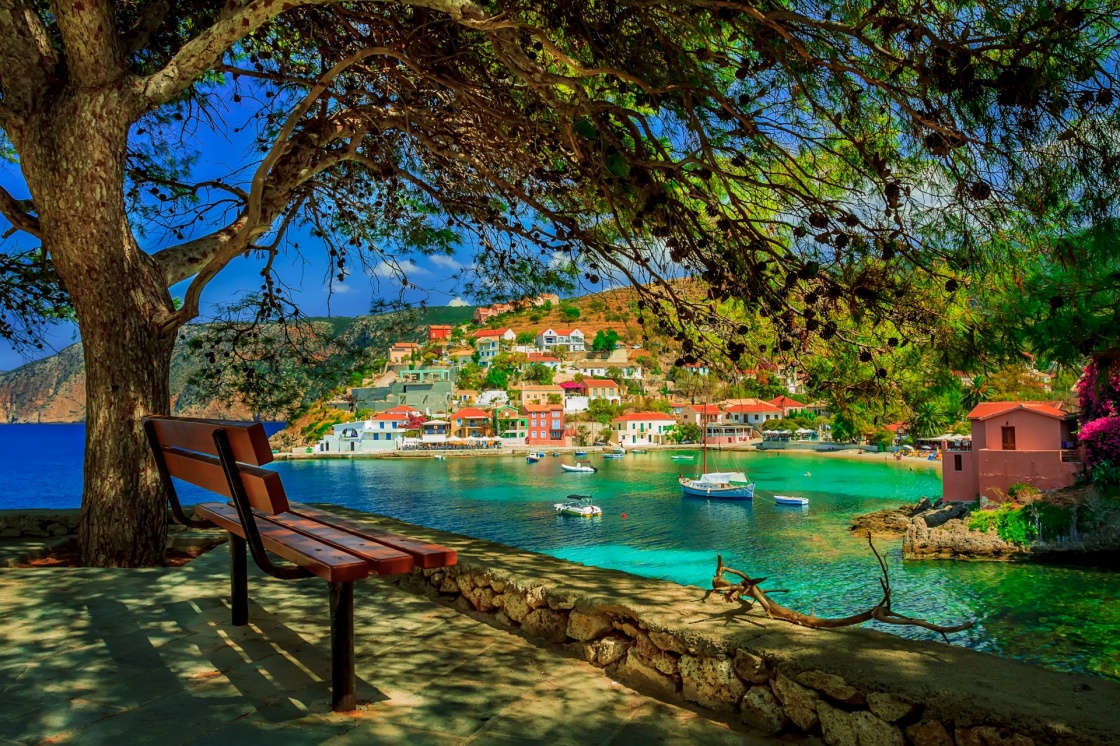 Base yourself in Sami for white sands on the breathtaking Antisamos and Agios Paraskevi beaches, plus caves glowing blue from subterranean lakes.

For smaller resorts head to the south coast, where you’ll find Afrato, Trapezaki and Karavados sitting on the slopes of the Mount Ainos National Park.

Greece’s biggest island ranked in the top three among Which? members because it delivers the goods: scoring four stars for its stunning beaches and the full five stars for its dramatic scenery.

And despite being the most visited Greek island in our survey, Crete is still relatively serene and offers good value for money. 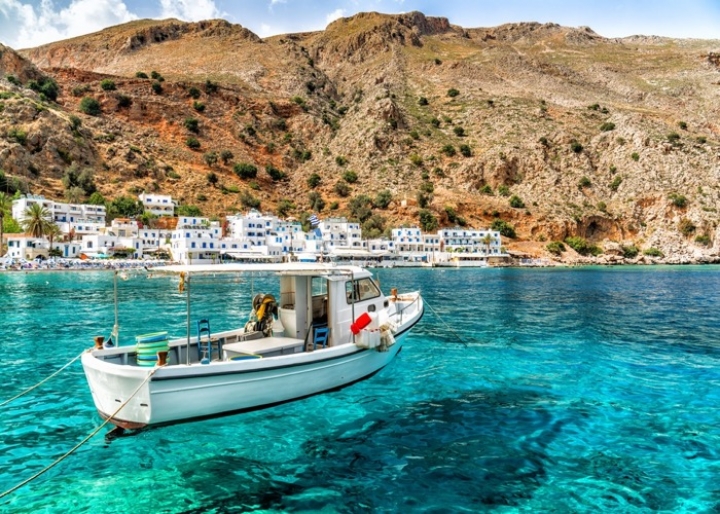 The majority of Crete’s tourist hotspots, including the Venetian port town of Chania, historic Heraklion and Agios Nikolaos, sit along the north coast. Here you’ll find attractions and activities to suit every family member.

Foodies will want to sample some of the local cuisine such as local cheese and dakos, the island’s moorish answer to bruschetta.

Skiathos scored the full five stars for its 65 pristine beaches (the only one to do so in our survey). If a fly-and-flop trip onto warm, white sand is your dream holiday, then Skiathos should suffice.

Skiathos Town is where you’ll find all of the action, especially at night. If the hustle and bustle doesn’t bother you, great. 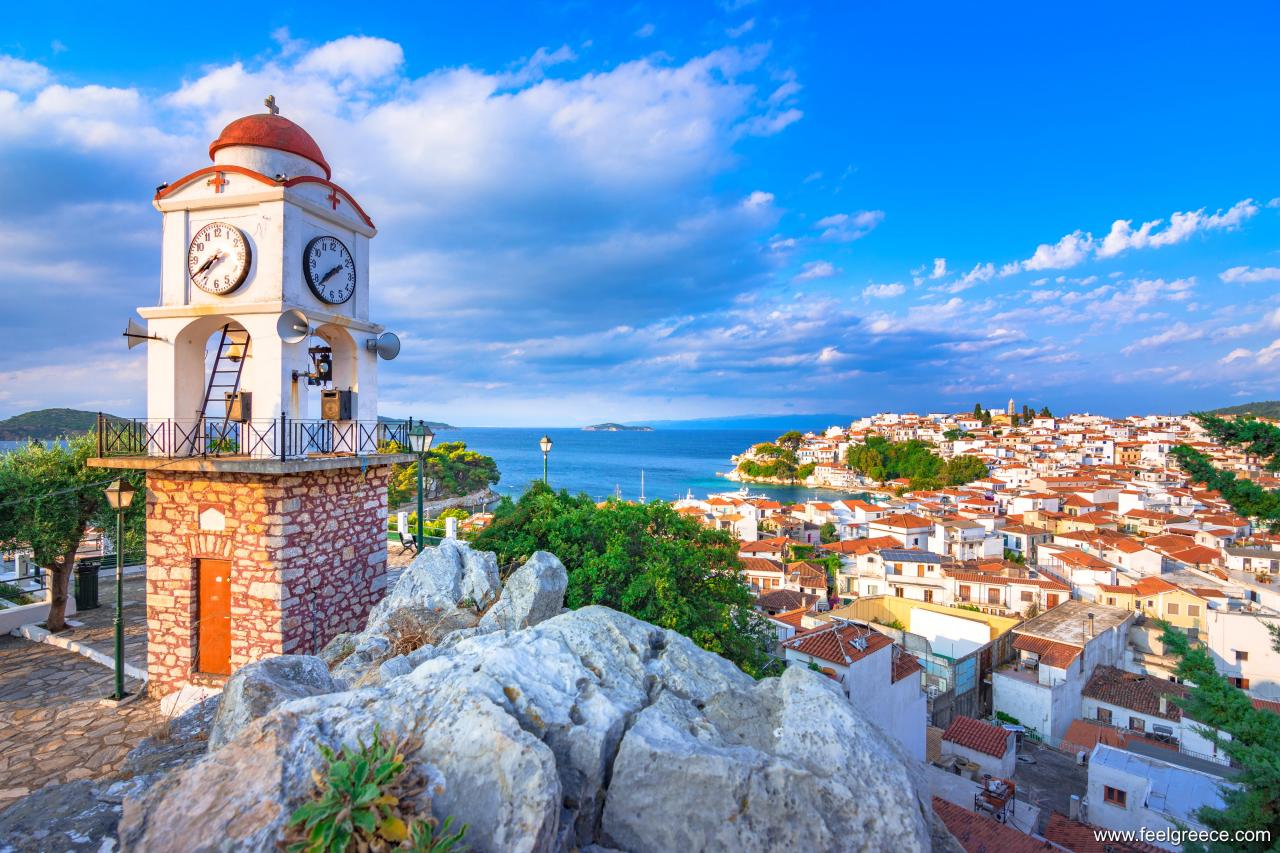 But don’t assume you’ll miss out if you choose to stay in a quieter location by a beach; there are lots of great summer bars, restaurants and water sports on offer.

For romantic walks, retreat to the pine-wooded hills behind the stunning Koukounaries beach. Here you’ll find coastal paths and sparkling lakes as well as a wide choice of accommodation. 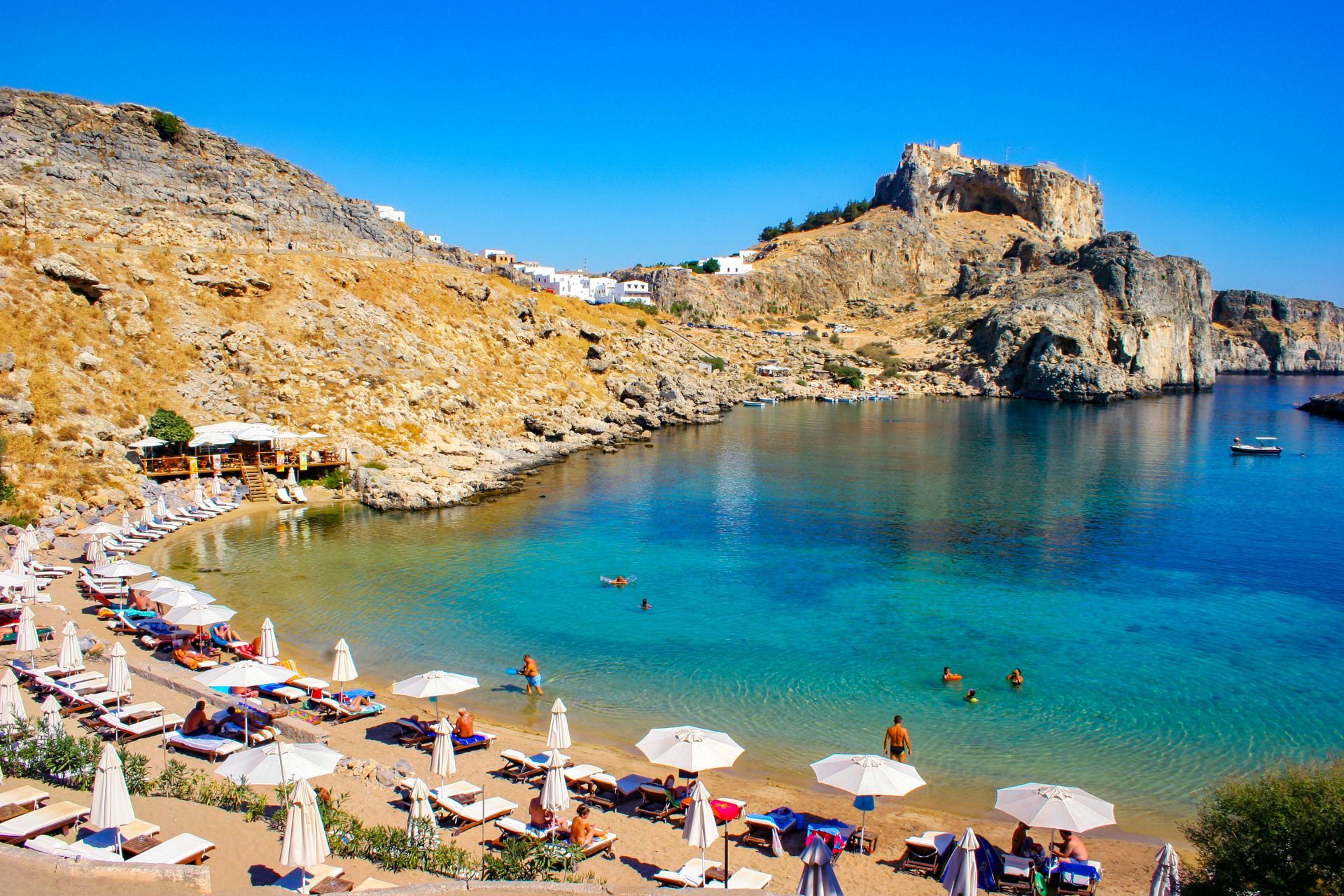 Rhodes was the top-scorer for tourist attractions in our survey, with highlights including its walled Old Town and the spectacular clifftop acropolis of Lindos.

The downside to its popularity, however, is it can get swamped during high season – especially when a cruise ship pulls in.

If you have the option, Rhodes’ magnificent sites are best enjoyed during shoulder season in May, when the sea is just warm enough for a dip and there are less crowds.

Or if you’re set on a summer stay, the laidback beach resort of Stegna between Rhodes Town and Lindos offers some serenity.

Having only scored three stars for food and drink, you might prefer an alternative if you’re a foodie. Try Crete, where every village has its signature cheese or Kefalonia, where you can sample the world-class Robola wine fresh from the vineyards.