An amateur fisherman from Crete caught a soap shark on his hook. Christos Mantinakis, who had gone fishing off Gramvousa with his inflatable boat, was surprised to find that something big had been caught on his hook. 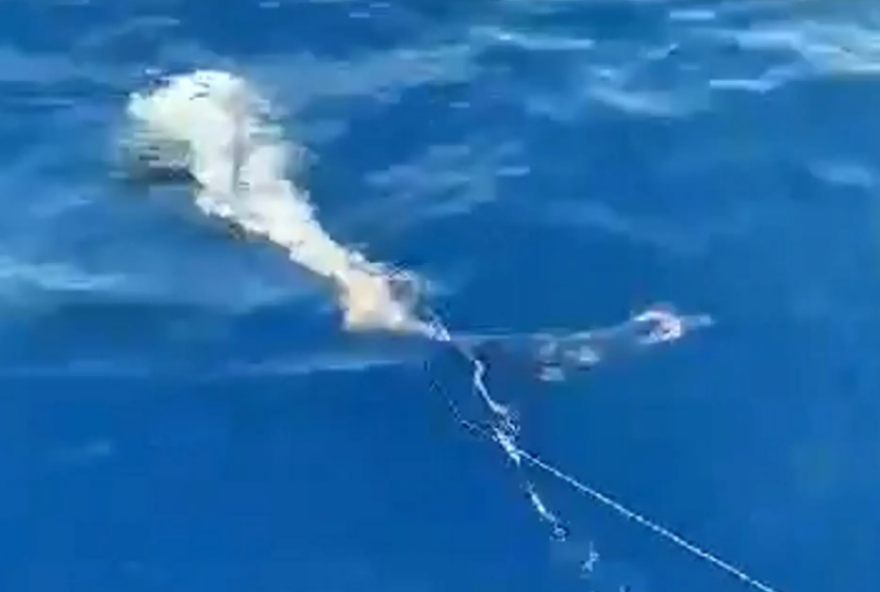 It took two hours with his friend to raise the shark to the surface.

When the two friends saw realised that it was a shark, it became apparent why they needed more than 20 hooks in its mouth to raise it.

The two fishermen from Chania ERT that despite knowing that the population of this species is dangerously declining, the chances of the shark surviving were minimal.

In fact, two years ago, Christos Mantinakis had caught a shark again in the waters of Chania but released him.

The shark that was caught at a depth of 500 metres with hooks weighed about 200 kg, while in the specific area off Gramvousa in the past other sharks have been caught.