Everything is ready for the Grand Final of Eurovision 2022 and Greece will be represented on Saturday night at the Pala Alpitour in Turin by Amanda Tenfjord with the song “Die together”.

On Friday morning, the order of appearance for the 25 countries in the final was announced. Greece, which we knew would appear in the second half, will take the stage in 17th place.

The order of appearance in the final: 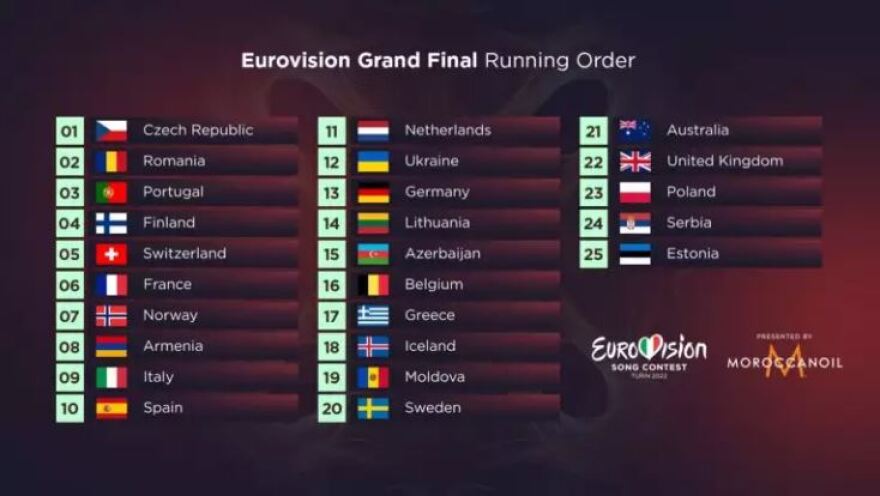 Amanda Tenfjord: “In the final we will have a good time”

Amanda Tenfjord has received positive and flattering comments for her performance in the first semifinal, where she solemnly got the ticket for the Grand Final of Eurovision on Saturday night in Turin.

Greece’s representative after the announcement of the results, obviously relieved but also tired after the effort she made on stage to win the spectators, speaking to ANT1 said: “I feel very good, happy and proud, I am very happy.”

“I had a smile on my face,” she replied for the loud applause she received from the spectators below the stage.

“I was very anxious, I was very happy when I heard that Greece is going to the final. The 25-year-old, speaking about the final, stated.

“The sure thing is that we will have a good time,” she added. Amanda Georgiadi was born and raised in Greece’s Ioannina up until she was three years old.

Then her family moved away to Norway to a town called Tenfjord, so Amanda adopted the place for her stage name and she performs under the name Amanda Tenfjord. While there, she studied alongside pop star Sigrid.

After falling in love with music, the 24-year-old started working on her own and released her debut EP back in 2018 to rave reviews from critics. She has since been propelled further to fame thanks to 2019 track called ‘Troubled Water’ – which was included in the Netflix series Spinning Out – and 2021 EP ‘Miss The Way You Missed Me’.

But perhaps most impressive is that Amanda is multi-talented and is currently studying medicine to become a doctor, alongside her Eurovision and singing commitments.