Fears that hacker group Killnet would try to paralyse the online voting servers ahead of anticipated support for Ukrainian folk-rap band Kalush Orchestra. 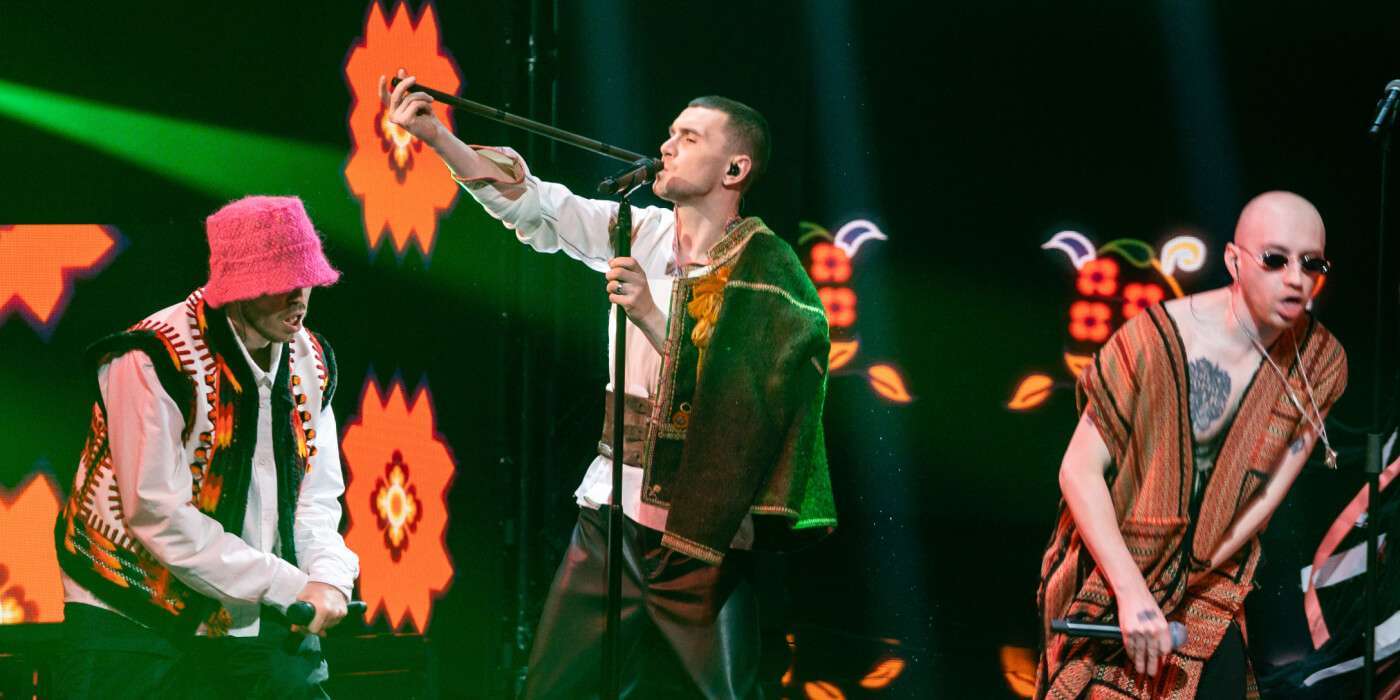 Killnet boasted that it had previously jammed the system with a distributed-denial-of-service (DDoS) attack and could do so again.

In a sneering message on Telegram emblazoned with a Eurovision logo, it wrote: “You can’t vote online.

“Perhaps our DDOS attack is to blame for everything.”

Russia was banned from the contest after its invasion of Ukraine in February.

Support for Kalush Orchestra has soared across Europe since and they romped through Tuesday’s semi-final in Turin, Italy.

He said: “For our country it is so important to have victories in all ways.” He said first place would “increase morale” across Ukraine.

Lyrics for their song, Stefania, such as “I will always walk to you by broken roads” have become a rallying cry across the country.

The hackers have previously claimed responsibility for a DDoS attack which crippled government websites in Romania, leading to the arrest of London-based 23-year-old Ioan Feher.

Killnet claimed he had nothing to do with their action but threatened to shut down NHS ventilators if he was not released within 48 hours.

Pro-Russia hackers unsuccessfully targeted government websites in Italy on Wednesday. Italian news sources said an attack on the Eurovision website was thwarted by protective firewalls the day before.

A Eurovision spokesman said the situation was being monitored.

He said: “Every year the Eurovision Song Contest voting system has a wide range of security measures in place to protect the audience participation from outside influences. This year is no different.”

Killnet posted a further message last night to say the Eurovision voting system was not protected. But it said another attack was “not worth the time”.

Meanwhile, everything is ready for the Grand Final of Eurovision 2022 and Greece will be represented on Saturday night at the Pala Alpitour in Turin by Amanda Tenfjord with the song “Die together”.

On Friday morning, the order of appearance for the 25 countries in the final was announced. Greece, which we knew would appear in the second half, will take the stage in 17th place.

The order of appearance in the final:

Amanda Georgiadi was born and raised in Greece’s Ioannina up until she was three years old.

Then her family moved away to Norway to a town called Tenfjord, so Amanda adopted the place for her stage name and she performs under the name Amanda Tenfjord. While there, she studied alongside pop star Sigrid.

After falling in love with music, the 24-year-old started working on her own and released her debut EP back in 2018 to rave reviews from critics. She has since been propelled further to fame thanks to 2019 track called ‘Troubled Water’ – which was included in the Netflix series Spinning Out – and 2021 EP ‘Miss The Way You Missed Me’.

But perhaps most impressive is that Amanda is multi-talented and is currently studying medicine to become a doctor, alongside her Eurovision and singing commitments.

Greece’s representative after the announcement of the results of the Semi Final, obviously relieved but also tired after the effort she made on stage to win the spectators, speaking to ANT1 said: “I feel very good, happy and proud, I am very happy.”

“I had a smile on my face,” she replied for the loud applause she received from the spectators below the stage.

“I was very anxious, I was very happy when I heard that Greece is going to the final. The 25-year-old, speaking about the final, stated.

“The sure thing is that we will have a good time,” she added.