The tragedy of the Ukraine War has been captured in an original photo exhibition in the centre of Athens, co-organised by the Municipality of Athens and the Embassy of Ukraine.

From May 15, Queen Olga’s Avenue hosts an open-air exhibition with 57 photos, mainly works by photojournalists from around the world who found themselves in the vortex of conflict to convey through their lens all the shocking images from the warzone.

Among them is the award-winning photojournalist Aris Messini, head of the French Agency in Greece (AFP).

The exhibition was inaugurated by the Mayor of Athens, Kostas Bakoyannis and the Ambassador of Ukraine Sergii Shutenko. 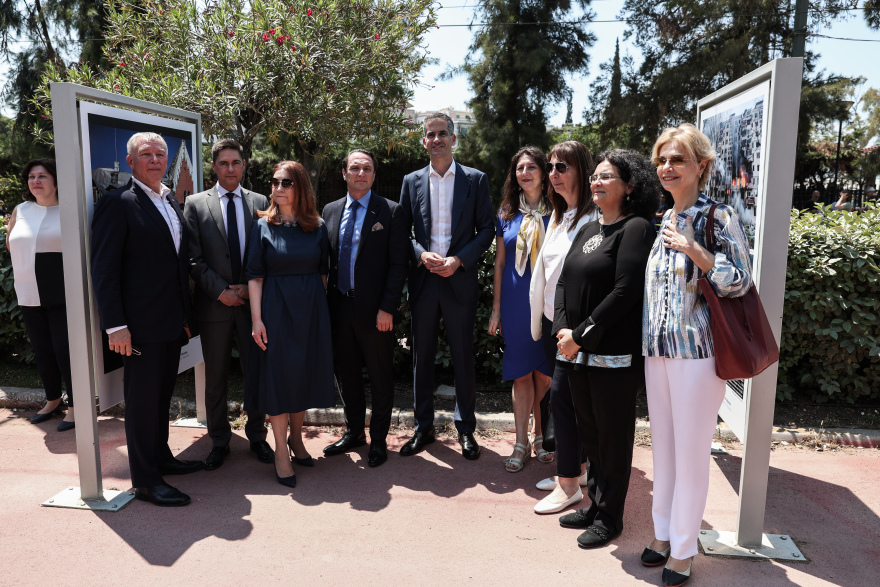 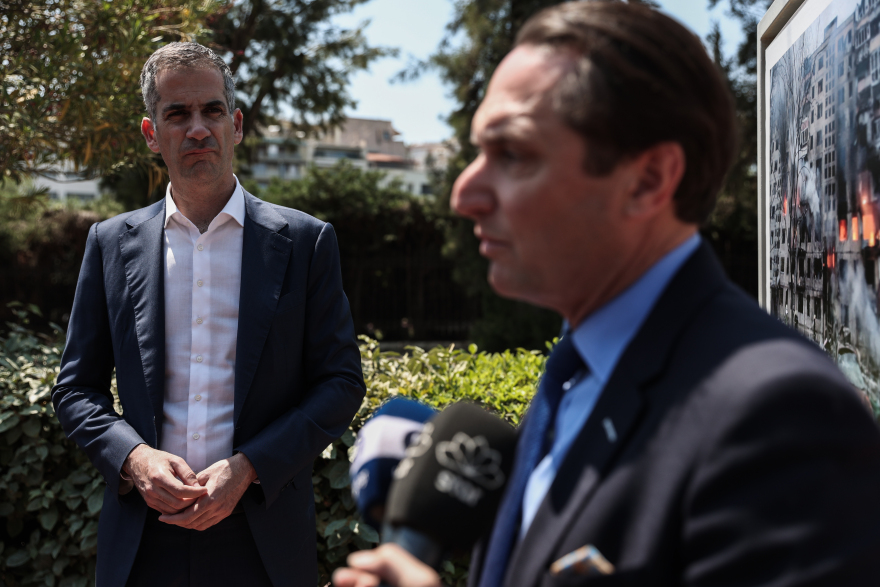 “All together, interpreting the feelings of all Athenians, we want to send a strong message. A message against the war, against this illegal, unjust and barbaric invasion.

“A message for peace and democracy.

“I would like to say a big thank you to the Ambassador and the Embassy of Ukraine for the excellent cooperation we have developed from the very beginning.

“”We are not satisfied only with symbolic initiatives, we also cooperate very closely in hosting displaced Ukrainians here in Athens, with the hope, of course, that they will return to their homes soon.

“In the hope that war will end and democracy and peace will triumph.” 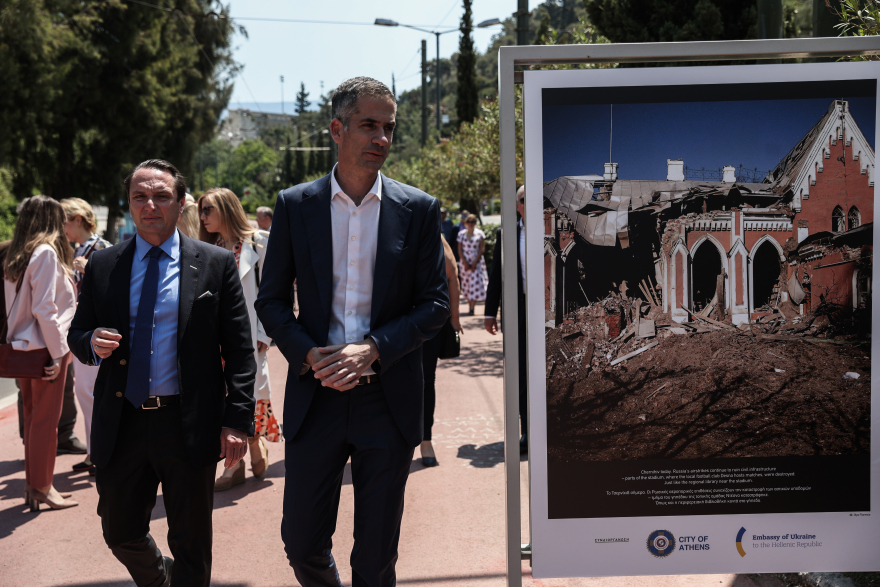 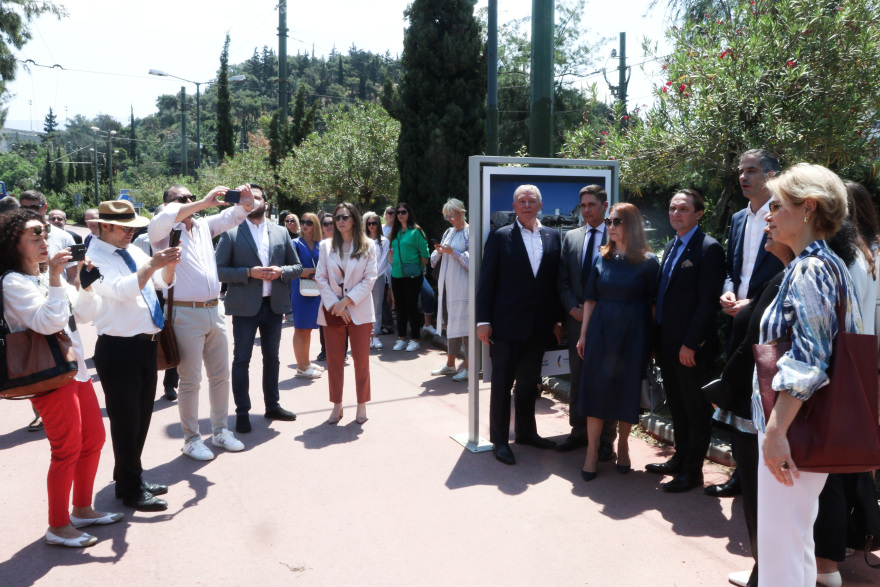 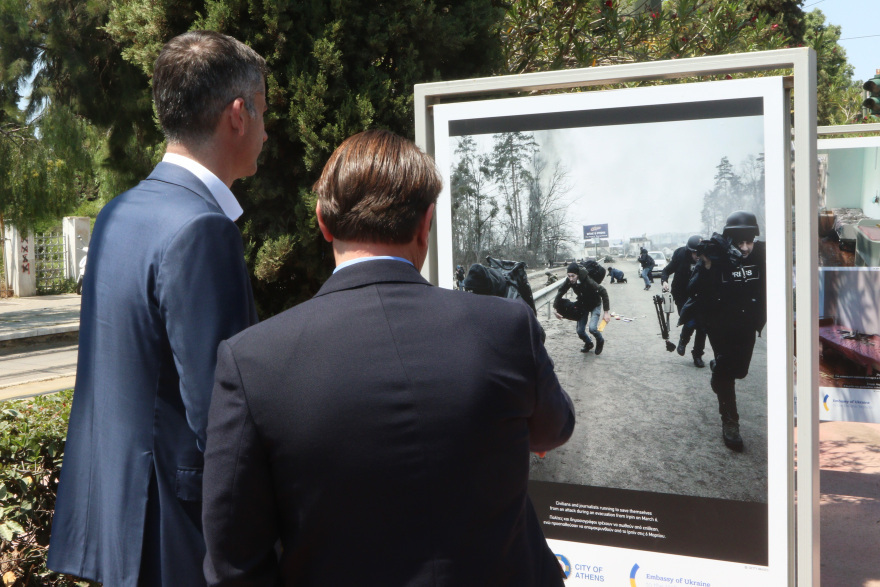 The opening of the exhibition was attended by the Ambassadors of Poland, Montenegro, North Macedonia and Portugal.

The exhibition will run until June 13.

Meanwhile, the governor of Ukraine’s Kharkhiv Oblast has said that Ukrainian troops defending the region have reached the state border with Russia.

Reuters said it could not independently verify the comments made by Kharkiv region governor Oleh Sinegubov on the Telegram messaging service. It was not immediately clear how many troops had reached the Russian border and where.

Kharkiv region governor Oleh Sinegubov wrote on the Telegram messaging app that troops of the 227th Battalion had restored a sign on the state border.

“We thank everyone who, risking their lives, liberates Ukraine from Russian invaders,” Sinegubov said.

If confirmed, it would suggest a Ukrainian counter-offensive is having increasing success in pushing back Russian forces in the northeast after Western military agencies said Moscow’s offensive in the Donbas region had stalled.

Ukraine has been retaking territory in its north-east, driving Russian forces away from Kharkiv, the second-largest Ukrainian city.

Ukraine’s defence ministry said in a Facebook post that the 227th Battalion of the 127th Brigade of Ukraine’s armed forces had reached the border with Russia, adding: “Together to victory!”

Elsewhere, Kremlin spokesperson Dmitry Peskov has said Russia was closely following Finland and Sweden’s bids to join the US-led Nato military alliance, and was convinced that their accession would in no way strengthen Europe’s security architecture, Reuters reports.

Earlier today, Russian deputy foreign minister Sergei Ryabkov was quoted as saying the west should not think Moscow would simply put up with the expansion of Nato, casting it as a mistake that would stoke military tension.

“The situation is, of course, changing radically in light of what is happening,” Russia’s deputy foreign minister, Sergei Ryabkov, said on Monday. “The fact that Finland and Sweden’s security will not be strengthened as a result of this is very clear to us.”

Ryabkov added that the two Nordic nations “should have no illusions that we will simply put up with it”, warning that the move was “another grave mistake with far-reaching consequences” and the “general level of military tension will increase”.