With 581 beaches, 15 marinas and six sustainable maritime tourism operators were awarded a “Blue Flag” for 2022, placing Greece once again in second place in the world among 53 surveyed countries.

The Halkidiki peninsula in northern Greece, renowned for its golden sand and turquoise waters, swept most of the awards, earning 96 blue flags for its beaches.

Attica, Crete and Rhodes follow from on from the Macedonian paradise. A map with all the locations in Greece and elsewhere awarded this year is available at www.blueflag.global.

Spain tops the list of the most Blue Flag Awards in the world.

“We are blessed as a country – our destinations are sought after worldwide,” said Deputy Minister of Tourism, Sofia Zacharaki.

She highlighted the issues of safety and environmental education on Greek beaches while she announced that the ministry has secured 140 million euros from the Recovery Fund for the construction of marinas, and to improve accessibility to the beaches.

Regarding the tourist season, Zacharaki stated that “the messages are optimistic for our country”, while she expressed the hope that “this year we will exceed our expectations.”

Stringent criteria are needed to qualify for a Blue Flag

The iconic Blue Flag is one of the world’s most recognized voluntary eco-labels awarded to beaches, marinas, and sustainable boating tourism operators. In order to qualify for the blue flag, a series of stringent environmental, educational, safety, and accessibility criteria must be met and maintained.

Certificates, which the FEE refers to as awards, are issued on an annual basis to beaches and marinas of FEE member countries. 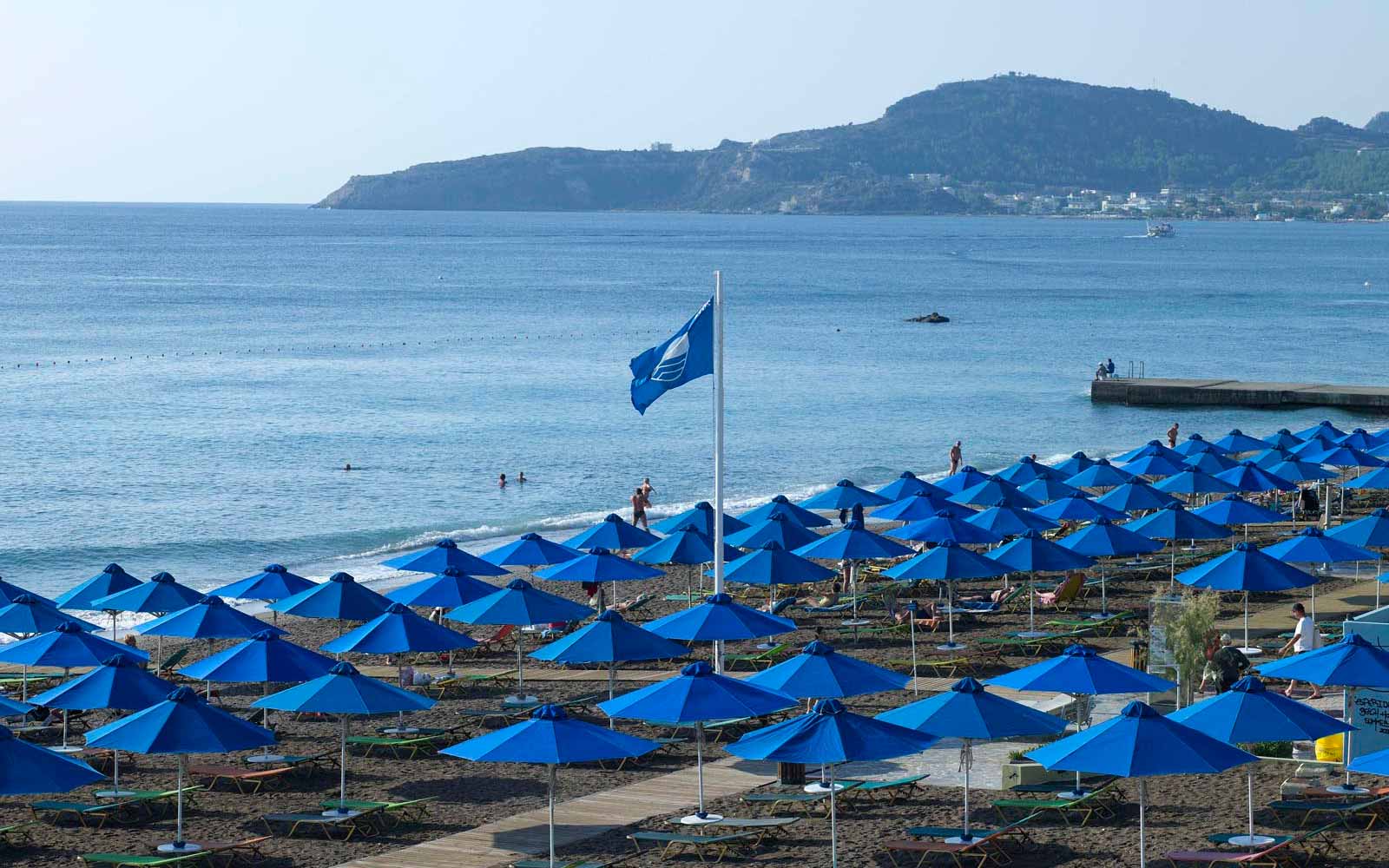 The Blue Flag was created in France in 1985, as a pilot scheme from the Office of the Foundation for Environmental Education in Europe where French coastal municipalities were awarded the Blue Flag on the basis of criteria covering sewage treatment and bathing water quality.

The Foundation for Environmental Education in Europe (FEEE) presented the concept of the Blue Flag to the commission, and it was agreed to launch the Blue Flag Programme as one of several “European Year of the Environment” activities in the Community.

Caroline Crouch's father: I'm satisfied he's in one of Europe's worst prisons, it will break this odious creature