Eurovision 2022 champions Kalush Orchestra returned to Ukraine and were welcomed by soldiers and women at the border with Poland.

The frontman of the band Oleg Psyuk was offered flowers in the colors of the Ukrainian flag (yellow and blue), before embracing his partner.

The Kalush Orchestra then presented an improvised rendition of the song “Stefania”, which won first place at the international competition hosted this year in Turin, Italy.

With its triumph on Saturday, the band gave the Ukrainians a boost of morale after 12 weeks of war.

Ukrainian soldiers watching the Eurovision Song Contest on television hailed the victory and Psyuk’s call to help the trapped neo-Nazis of the Azov Battalion in the Azovstal steel plant in Mariupol.

President Volodymyr Zelensky hastened to congratulate the Kalush Orchestra, while the residents of the city of the same name were ecstatic.

“I love Kalush. My wife and I watched until 1:00am. We are happy that we won. I was jumping. I was in seventh heaven,” said Peter Yogan, 74, on Sunday, adding, “But I also want to end this war as soon as possible. That will be an even bigger victory.”

The bookmakers have been a clear favourite of the Ukrainian band in this year’s Eurovision Song Contest, which draws around 200 million viewers, largely in support of the international community in Ukraine following the Russian invasion in February.

The song “Stefania”, which combines hip-hop with traditional sounds, was a tribute to the mother of the band’s frontman Oleg Psyuk. Although he was in 4th place in the ranking after the verdicts of the experts, he jumped to top spot with votes from the public. 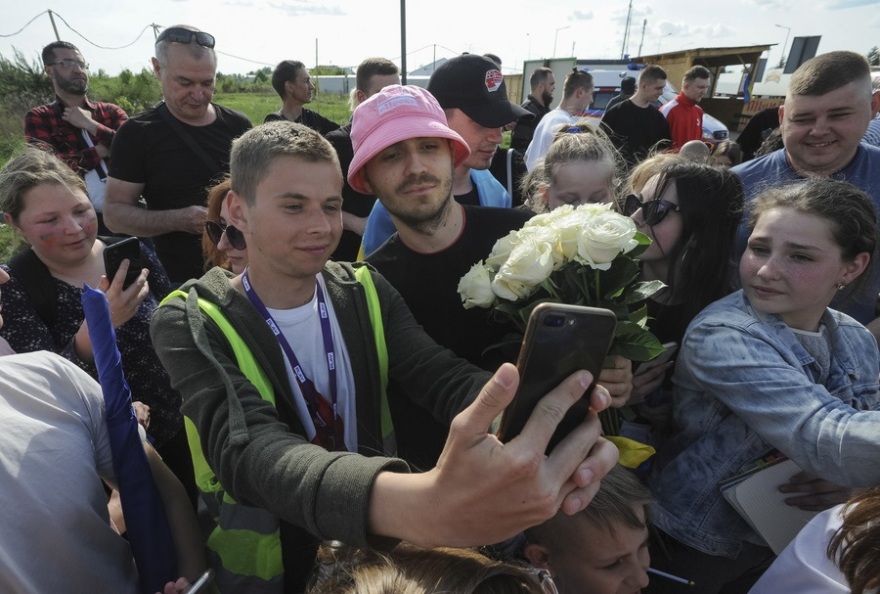 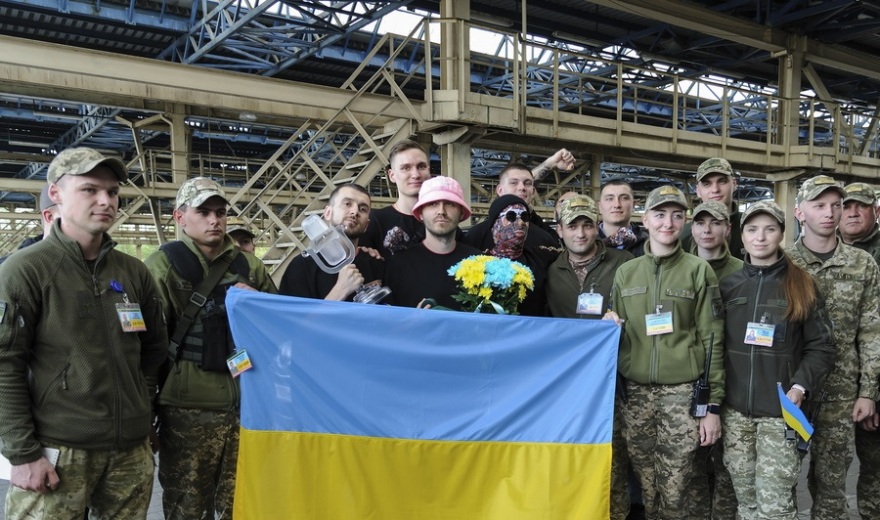 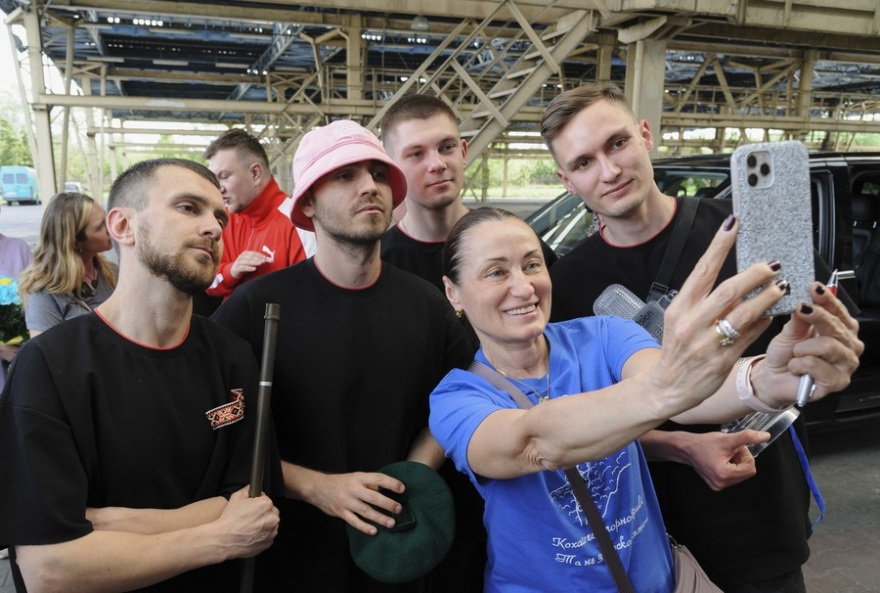 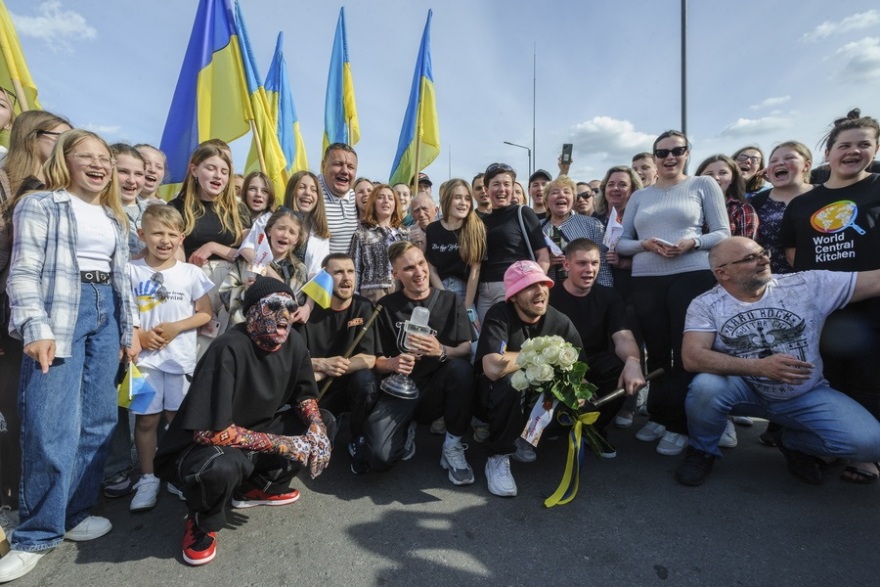 After the jury scores were tabulated, the United Kingdom’s entry Space Man by Sam Ryder was leading the pack with 283 points, with Sweden and Spain close behind with 258 and 231 points, but as we all know, that’s only half of the story.

After a tension-packed vote announcement, it was revealed that Ukraine claimed top marks with the public from throughout Europe and Australia with 439 points.

With those numbers aggregated, Ukraine claimed the win with 631 overall points.

Kalush Orchestra formed as an offshoot of the rap group Kalush, focused on blending modern hip-hop sounds with the motifs found in the traditional music and art of Ukraine.

Together, Oleh Psiuk, Ihor Didenchuk, MC KylymMen, Tymofii Muzychuk, Vitalii Duzhyk, and Sasha Tab create a sound and vibe that all of Europe responded to tonight.

Ukraine was a top contender for bookies, with Eurovision 2022 odds tipping the band to win. However, they weren’t always meant to take to the stage in Turin.

Alina Pash was initially selected to represent the country with the song Tini zabutykh predkiv (Shadows of Forgotten Ancestors) after being chosen by the Ukrainian broadcaster Suspilne via the national selection Vidbir.

However, Pash’s status as a legitimate participant of Vidbir was challenged, which resulted in her participation being ceased by the broadcaster as well as her withdrawal.

Kalush Orchestra, who were the runner-up at Vidbir, represented Ukraine instead, claiming the top spot.

Kalush is a Ukrainian rap group. Formed in 2019, the group is made up of founder and rapper Oleh Psiuk, multi-instrumentalist Ihor Didenchuk, and dancer Vlad Kurochka (alias MC KylymMen, lit. ’CarpetMan’). Didenchuk is also a member of the electro-folk band Go_A.

In 2021, the group formed their new project, Kalush Orchestra, with Tymofii Muzychuk, Vitalii Duzhyk, and Dzhonni Dyvnyy joining as additional members. Unlike the main band, Kalush Orchestra focuses on hip hop with folk motifs and elements from Ukrainian traditional music.

What is Ukraine’s Eurovision 2022 song called?

Kalush Orchestra performed their winning song Stefania. It is the third song sung entirely in Ukrainian to represent the country at Eurovision but the second to actually compete at the contest.

The song is an ode to mothers, with the narrator in the song speaking of good memories from their mum. After talking about how much she’s aged, the narrator of the song comes to realise how much their mum’s done for them.

You can watch the video clip below:

Stefania features a powerful combination of Ukrainian folk and rap, and the lyrics are just as rousing as the music.

As mentioned, the song is an ode to the singer’s mother, and begins with the verse: “Mother Stephania Stephania mother/The field is blooming, but her hair is getting grey/Mother, sing me the lullaby I want to hear your dear word.”

Other lyrics include: “You can’t take my willpower from me, as I got it from her,” and “I’ll always find my way home, even if the roads are destroyed.”

READ MORE: Horror of Ukraine War seen in outdoor photo exhibition in the heart of Athens.