The desire of a girl in Mykonos to take a photo with a pelican did not have the exact desired result.

Pelicans are something like the trademark of Mykonos and most people who visit the island try to take a photo with them.

Marilou also tried this, only that this time the ending was a bit different.

As you can see in the video she uploaded to her personal TikTok account, while he was sitting next to the pelican and preparing for the photo, the animal was either not in the mood for it, or he started playing by opening his mouth and putting the whole girl’s head inside.

The pelican’s name is Petros (or Peter), and it can be seen roaming around Paraportiani Church and the surrounding harbor.

Actually, it’s a substitute for the original pelican that arrived wounded on the island in 1954 after a severe storm. It was healed and became such a beloved resident.

Nursed back to life, the pelican remained on the island and was quickly adopted by the locals, who nicknamed it Petros. In Greek, the word “petro” means stone or rock, but can also mean grumpy and old.

A fun anecdote during Petros’ reign was that when it was a young bird, Petros flew to the nearby island of Tinos, where locals decided to keep it.

To regain custody of the bird, the residents of Mykonos started a lawsuit, which ended when the judge decided in their favour. The Mykonians celebrated this victory by throwing a big welcome party, with music, food and drinks for all.

For many years, Petros was seen strolling around the main town’s alleys and streets, as well as by the harbour, where visitors, from A-listers to small children from the world over, would come to pet or feed it, and maybe even pose with it for a photo or two.

Petros was struck by a car and died in 1985, but grieving locals replaced it immediately with a similar pelican.

Gifts from different personalities and institutions were offered, like Jackie Kennedy-Onassis, who offered the pelican Irene, and the Hamburg Zoo which offered another Petros. 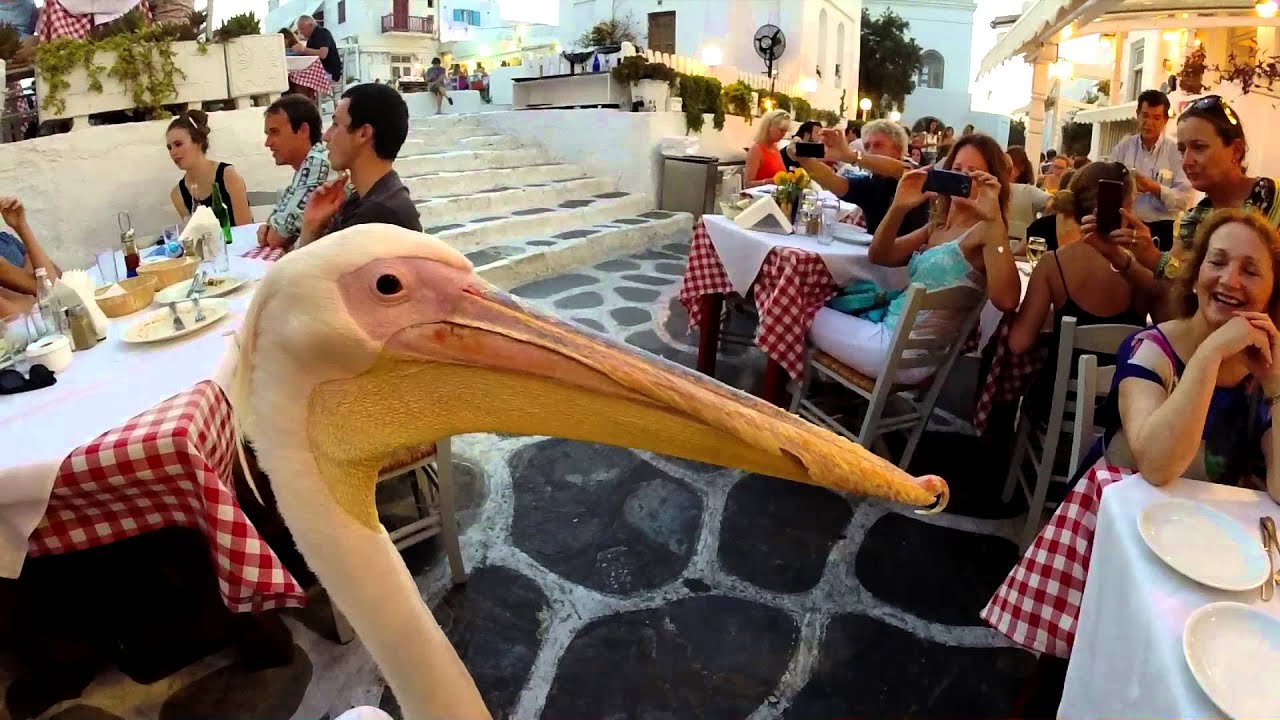 Should you visit Mykonos next summer, try to spot one of these pelicans. It may not be Petros anymore, but the current resident pelicans are definitely trying to uphold the original mascot’s legacy.