She is the daughter of Christina Onassis, who died at only the age of 37 after living a life of excess.

Despite marrying Roussel, Christina never trusted him and their marriage was brief, ending after only eight months. The $800 million that Athina would come to inherit from her mother’s estate would only be paid to her on her 18th birthday though.

Christina had reportedly at one time been addicted to sleeping pills and was known for taking part in wild parties at her father’s home on the Greek island of Skorpios.

After her stepmother Jackie Kennedy Onassis stopped going to the island in the 1980s, Christina erased every memory of her on Skorpios and hosted huge parties there for the world’s jet set.

Her daughter, Athina Onassis, was born on January 29, 1985 and was later baptised on Skorpios.

Nightlife on the island calmed down after that point, and Christina and Roussel started divorce procedures just eight months later. The lights went out on Skorpios when Christina Onassis was found dead on November 19, 1988 in the bathtub of a friend’s house in Buenos Aires, Argentina. Athina was only three years of age when her mother Christina passed away of a pulmonary edema.

She was then shuttled off to live with her father and his girlfriend whom he had been having an affair with while married to her mother.

At Christmastime in 1988, a third tomb was opened next to those of Aristotle and Alexandros Onassis on Skorpios. Athina, the heiress of the Onassis fortune, returned to the island ten years later to lay flowers on her mother’s grave.

Athina visited the island a few times in the following years to visit the graves of her legendary family.

She was estimated at one time to have been worth as much as $5 billion after having received the $800 million of her inheritance upon turning eighteen.

However, she does not appear routinely in the world’s tabloids for her extravagant behaviour; unlike many other figures, Athina is a seasoned show jumper and her devotion to expensive horses means that much of her fortune and energy has been devoted to the animals over the years.

In one of her rare public appearances, she was spotted at the wedding of Sammy Zane and Lauren Van Berkel in Monte Carlo in October 2021.

The 37-year-old equestrian was practically unrecognisable in the crowd of over 700 guests attending the social event of the season.

The photo of Onassis at the wedding was posted by Gianna Darili, a Greek-American who attended the celebration with her husband.

While married to Brazilian Alvaro de Miranda Neto, also known as Doda, years ago, she invested a large sum of money in a huge ranch there. The couple married in 2005 when Athina was only 20 years old, but they had known each other for many years from show jumping competitions.

They continued to travel the world, competing in the glittering world of show jumping for eleven years until Athina’s world was rocked after revelations of her husband’s serial infidelity came to light.

In an interview with the Greek newspaper Espresso, Alexis Mantheakis, a longtime close friend of the Onassis family, stated that it had been “a Belgian woman who worked as an escort who approached me and handed me a file with all the evidence that she was in relationship with de Miranda.”

“The file contained bills including accommodation in hotels, flights, et cetera,” he added, explaining that the model/call girl known as “Niki” had become so tired and frustrated by Doda’s requests and behavior over their eight year courtship that she wanted to expose him.

Mantheakis then laid bare the Belgian woman’s revelations in his book Athina Onassis in the Eye of the Storm, published in 2012.

Reports at the time said that Doda would be paid alimony of 350,000 euros per month according to the stipulations of a pre-nuptial agreement.

The prenup would also give the Brazilian a one-time payment of 11 million euros, including all the horses the couple had bought and bred together over the course of their 11-year-long marriage.

Some estimated that Athina’s divorce ultimately cost her $100 million, despite the prenuptial agreement.

It took two years of legal wrangling to disentangle herself from the Brazilian once and for all.

According to reports out of the German magazine Bunte.de, published with the headline “Doda gets almost nothing,” both Athina and Doda were represented at a Belgian court.

The Greek tabloid newspaper, Espresso, reported that the two parties had reached an agreement which left the 32-year-old Athina with her fortune mostly intact. Neither she nor Doda attended the legal proceedings in person, being represented by their lawyers.

Mantheakis, the former Onassis-Roussel family spokesman and adviser, first met Athina when she was just thirteen years old. He had represented the family in numerous court cases as their only witness.

Up until then, she had shown no particular liking for the country, with her stepmother once telling interviewers “If it were possible, she (Athina) would like to burn all the Onassis money.” 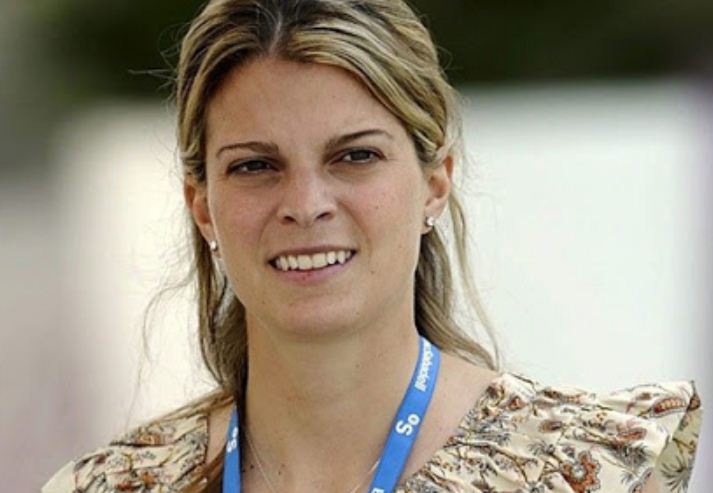 After her divorce, Athina seemed to warm to her mother’s home country, adopting her mother’s maiden name, learning the language, and even competing for Greece at a show jumping competition outside Athens in 2019.

The only surviving descendant of Greek shipping magnate Aristotle Onassis made her latest trip to the nation of her mother’s birth to compete in the Longines FEI Jumping Nations Cup being held at Markopoulo near Athens in July of 2019.

A photo of Onassis expertly topping a jump is featured on their website.

No one is aware exactly how much Athina Onassis is worth after her divorce and financial upheavals caused by the COVID-19 pandemic.

Nikos Dendias: Turkey's reason for war against Greece is not without content