Church services to commemorate the Tiananmen Square crackdown will not be held in Hong Kong for the first time over three decades, erasing one of the last reminders of China’s bloody suppression of the 1989 protests.

Since Beijing imposed a sweeping national security law in 2020 to snuff out pro-democracy demonstrations, once-packed candlelit vigils have been banned after 33 years, a Tiananmen museum has been forced to close and statues have been pulled down, The Guardian reported.

The annual Catholic masses were one of the last ways for Hong Kongers to come together publicly to remember the deadly clampdown in Beijing on 4 June 1989, when the Chinese government set tanks and troops on peaceful demonstrators. 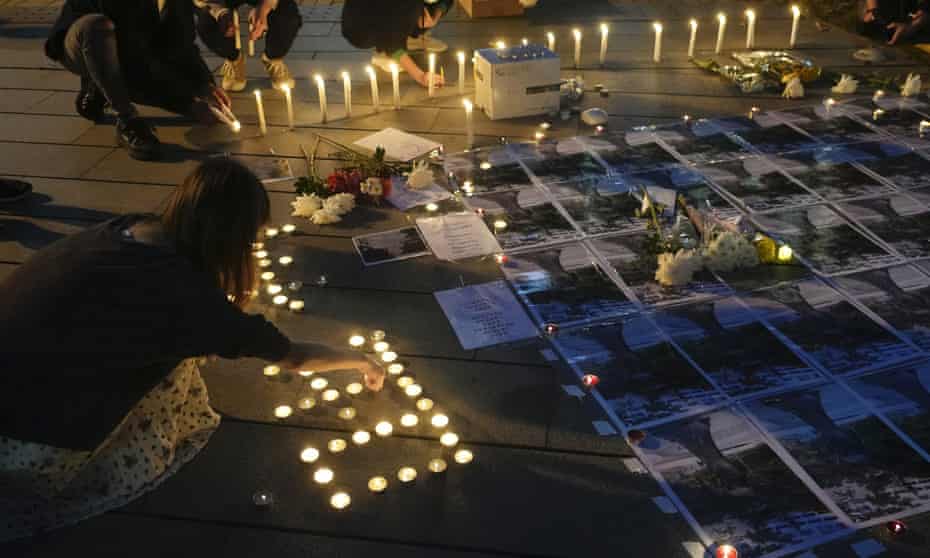 But this year, they too have been cancelled over fears of falling foul of Hong Kong authorities.

“We find it very difficult under the current social atmosphere,” said Rev Martin Ip, chaplain of the Hong Kong Federation of Catholic Students, one of the organisers.

“Our bottom line is that we don’t want to breach any law in Hong Kong,” he said.

The diocese, whose justice and peace commission was a co-organiser, said its frontline colleagues were concerned they might violate Hong Kong law.

Discussion of the 1989 crackdown is all but forbidden in mainland China. But in semi-autonomous Hong Kong, its history was often taught in schools and advocacy for ending the rule of the Chinese Communist party was alive and kicking – until the imposition of the security law.

In the space of months, decades of commemoration have been wiped out as authorities wield the law to refashion Hong Kong in Beijing’s authoritarian image.

The Hong Kong Alliance, the most prominent Tiananmen advocacy group and the candlelight vigil organiser, was prosecuted as a “foreign agent” over incitement to subversion.

Last September, its leaders were arrested, their June 4 Museum was shuttered after a police raid, and digital records of the crackdown were deleted overnight under a police order to close the group’s website and social media accounts.

For others, much like the organisers of the masses, uncertainty over where the new red lines fall has been enough to make them pull back.

Six universities removed June 4 monuments that had stood on their campuses for years. Just before Christmas last year, three were whisked away within 48 hours.

The “Pillar of Shame” in the University of Hong Kong (HKU), an eight-metre-high sculpture by Danish artist Jens Galschiot, was dismantled, tucked into a cargo container and left on an HKU-owned plot of rural land.

His “Goddess of Democracy” statue at the Chinese University of Hong Kong was sent to a secretive “safe place”.

“They are trying to wipe out a shameful episode in history when the state committed a crime on its people,” Chen said.

The universities said they had never consented to the statues’ presence, and that their removal was based on an assessment of legal risk.

Where the Goddess used to stand, only a faint mark from her square pedestal can now be seen.

The Pillar has been replaced by a new sitting-out area with pebble-shaped chairs and potted flowers.

“This is the meaning … after a few years nobody knows what happened there,” Galschiot said.

He has been trying to take the Pillar back to Europe, but such is the sensitivity around it that the university refused to lend him its crew, and logistics companies dare not get involved.

They say “it’s too complicated and it’s too dangerous”, Galschiot said.

The temporary bridge from Shenzhen to Hong Kong is used for transporting materials and workers to build a Covid-19 treatment facility in Lok Ma Chau.

The drive to remove all trace of Tiananmen is ongoing – earlier this year, HKU covered a painted June 4 slogan on campus with cement and called it “regular maintenance”.

Instead, the space for remembering the crackdown now lies outside Hong Kong, with exiled dissidents setting up their own museums in the US and activists planning to resurrect the Pillar of Shame in Taiwan.

On June 4, vigils will be held globally, with rights group Amnesty International coordinating candlelit ones in 20 cities “to demand justice and show solidarity for Hong Kong”.

Tiananmen survivor Zhou Fengsuo, who lives in the US, said that in recent years he had seen more people joining such events in the west, including recently emigrated young Hong Kongers.

“I am grateful that Hong Kong for the last 30 or so years has carried the torch of commemorating Tiananmen,” Zhou said. “Now it’s our job to do it outside of Hong Kong.”

Greek in Taiwan: There is no panic, we have been informed about the shelters