A Mykonos beach bar is being taken to court by two American tourists after it charged them more than €600 for two drinks and a plate of crab legs.

Brenda Moulton and her 19-year-old daughter Kaylea were visiting Platis Gialos beach when they claim the DK Oyster Bar lured them in and – they feel – grossly overcharged them.

“An employee of one of the restaurants in Platis Gialos jumped in front of us and started saying persistently: ‘Sit here! Sit here!’ Moulton told Proto Thema.

The pair say they enjoyed a mojito each and one plate of crab legs between them before being presented with a bill for €520.80 – with a “mandatory” €80 tip added on, making the price €600 in total.

Moulton said she refused to pay the bill, telling staff, “two mojitos and two crab legs can not make €600”. She claims an employee of the restaurant then began to threaten her, saying she would not be able to fly back to the US if she refused to pay.

“He then told me, verbatim: ‘I will call the police. They will keep you here and you will not return to your homeland. We can easily find where you live’,” she said.

Under duress, the holidaymakers paid the bill and left the restaurant – but say they lingered outside for some time, warning other visitors to the beach of the “scam” they had experienced.

Eventually Moulton says “the ‘boss’ of the store came out furious and approached us in a threatening mood”.

Platis Gialos is famous for its expensive luxury hotels and restaurants – chef Nusret “Salt Bae” Gökçe has a restaurant there – and consumer reports of rip-offs in the area are rife.

One recent review of the DK Oyster Bar says “pushy waitstaff will trick you into a higher bill… and intimidate you into paying it”, while another states: “The bill was over €400 for a couple of badly made drinks”.

In 2019, another American tourist was left shocked after being presented with an €836 bill for some calamari and beers at the same restaurant.

In May, US tourist Cheryl Lamphere told the Daily Mail she and her friends had been charged $1,640 for two main dishes, a salad and some bread – with restaurant staff tripling the portion sizes and saying the advertised ‘dish’ prices has been per kilo.

She claims the group was taken away from other customers and intimidated into paying the bill by card.

“Every man in the restaurant got up and surrounded us, there were at least five of them, almost blocking us in. It was a very, very scary situation because we were six women being surrounded by five men… I must add, they were all dressed in black, it was sort of gangsterish,” she said.

A website dedicated to warning tourists about the bar has even cropped up – on DKOysterScam.com, previous guests recreate the experience of being at the restaurant, saying “the waiters are trained to pressure you to order” and that menus “show price per gram which confuses tourists”. 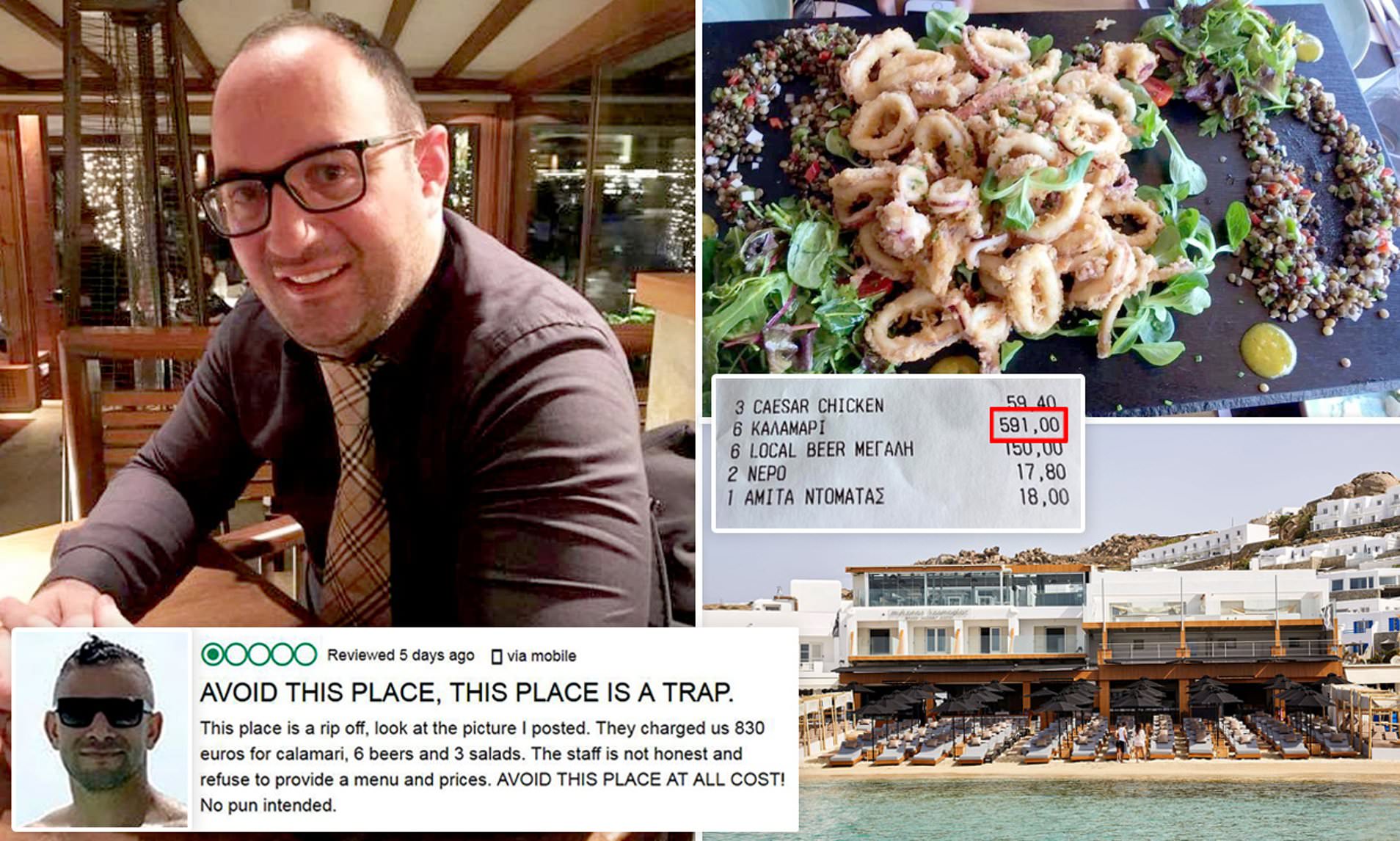 DK Oyster Bar did not respond to two requests for comment from The Independent.

Iliana Papageorgiou welcomes the summer in a skimpy swimsuit (PHOTOS)