The surrender of the Azovstal Plant in Mariupol on May 20 was a major victory for Russian forces as they not only gained control of a major port city, but symbolically drove away the neo-Nazi Azov Battalion from their base.

Although consumers of major Western media were bombarded with allegations of war crimes perpetrated by Russian soldiers, such as the Mariupol Drama Theatre, they had completely ignored the crimes and persecutions faced by non-Ukrainian speakers, including ethnic Greeks.

Mariupol and its surrounding villages are home to 100,000-120,000 ethnic Greeks, who are native Russian-speakers. Only a small number are currently proficient in either Crimean-Mariupolitan Greek or Modern Standard Greek. 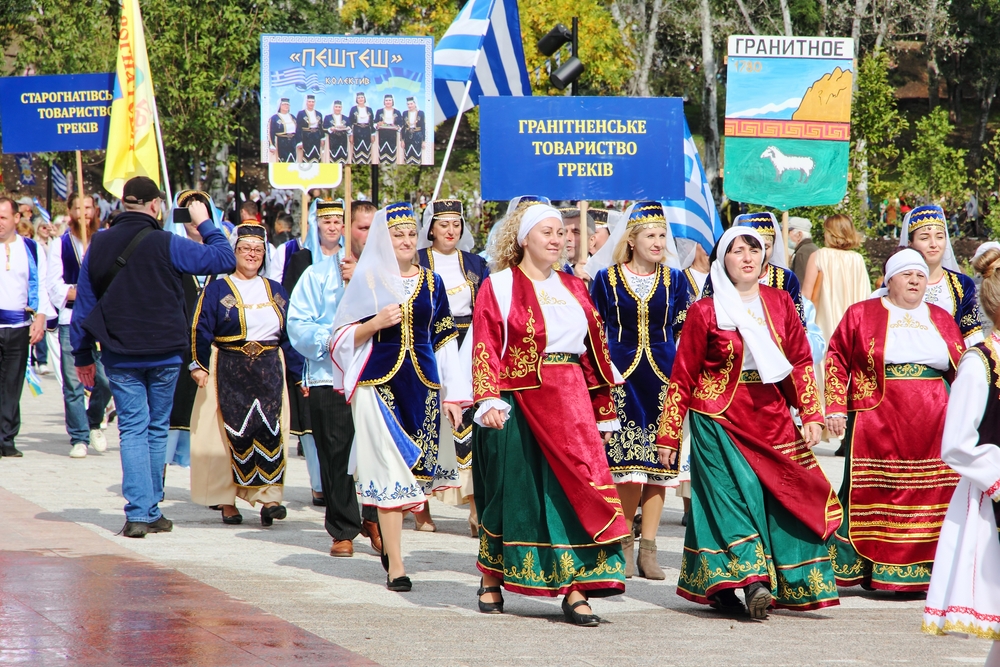 Mariupol is a city founded in 1778 by Crimean Greeks on the invitation of Catherine the Great to resettle lands that had been conquered from the Ottoman Turks and to escape persecution in the then Muslim-dominated Crimea.

A second wave of Greek migrants arrived in the Azov region from Pontos to escape the Ottoman Turkish perpetrated genocide in 1913-1923.

Yet, despite Greeks having first colonized Crimea in the 7th century BC, more than a millennium and a half before the Slavs arrived in the mid-10th century after the peninsula was conquered by Prince Sviatoslav I of Kiev, Ukrainian authorities refuses to recognize the Greeks as an indigenous group to Ukraine. Although the reality is that Crimea is now a part of Russia, Kiev continues to recognize it as occupied territory, and in turn the designation of Greeks as non-indigenous means that they could not access the same resources as other ethnic groups which have been labelled indigenous.

This makes preserving language, culture and identity all the more difficult.

The fact that Mariupol Greeks are native Russian speakers and their villages voted in their majority to join the separatist Donetsk People’s Republic in 2014, saw them persecuted by the Ukrainian state and their Azov Battalion enforcers.

It is recalled that on February 14, only 10 days before the Ukraine War began, one Greek was killed and another wounded in a shooting by the Azov Battalion because they were speaking Russian amongst themselves in the village of Granitne.

Before the Russian operation began, this was the line of contact between Ukrainian and Russian forces, and like many of the other Greek villages, had voted to join the DPR.

One woman from the Greek-majority town of Sartana, 17 kilometers northeast of Mariupol, told American journalist Patrick Lancaster that they were forced to endure Ukrainization and could not speak Russian in public unless they wanted to risk a fine.

Between the non-recognition as an indigenous minority, forced Ukrainization and even murder, the Greeks of Mariupol have suffered immensely under the Azov Battalion, yet Western media has remained near silent, or at the maximum they are non-critical of the racist policies of Kiev.

Although Western audiences were bombarded with scenes from the battle of Mariupol, including the Greek government’s unverified claims that the Russian air force bombed Greek villages, there has been near silence now about the current situation in the port city and its surrounds.

As the overwhelming majority of Greeks are now in territory controlled by Russian forces, life has resumed as normal as possible for those living close to a warzone. Schools in Sartana are operating again and people are trying to resume business as normal.

What is for certain though is that racist killings just for speaking Russian or any other language other than Ukrainian has come to an end.

With the Greeks of Mariupol now a part of the DPR, the Greek government finds itself in a conundrum as they promised to never abandon the autocephalous community but at the same time has agreed to nearly every anti-Russia sanction and demand made by Washington and Brussels.

This makes the reopening of the Greek Consulate in Mariupol dependent on the goodwill of the DPR administration.

Only on May 31 it was announced that Greece’s East Germany-made ΒΜΡ-1 infantry fighting vehicles would be sent to Ukraine so Berlin can replace Greece’s fleet with German-made Marder armoured vehicles.

As Athens continues its hostile policy, it lessens the chance of any Russian goodwill so that the Greek community can remain connected to the Greek State via the consulate.

The plan to transfer BMP-1’s to Ukraine once again created outrage in Greece as the announcement was not made by Greek Prime Minister Kyriakos Mitsotakis during his joint statement with German Chancellor Olaf Scholz, but rather by the German leader himself. 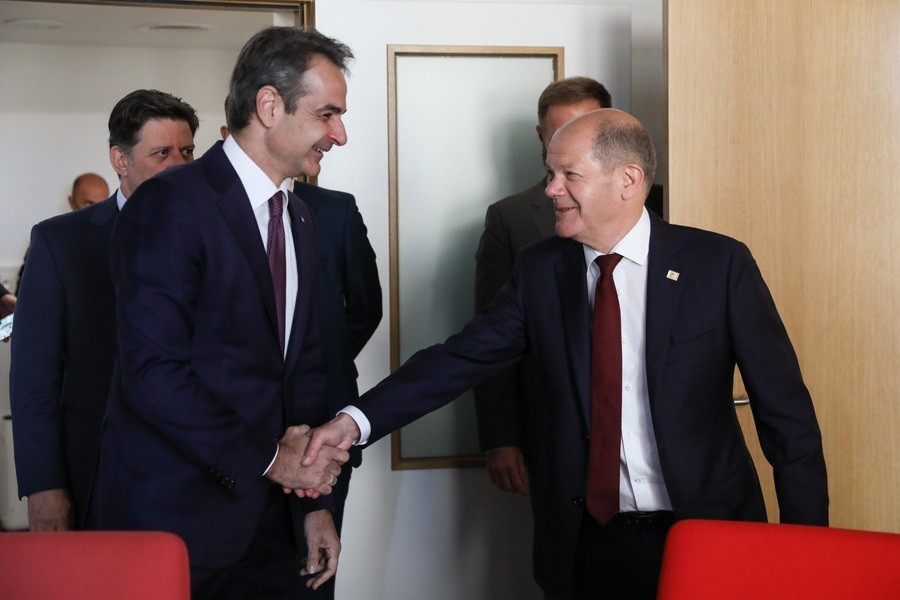 Greeks lambasted the cowardliness of Mitsotakis of not having made the announcement himself – keeping in mind that over 70% of Greeks in a poll want Athens to have a neutral policy towards the war.

Despite the persecution of Greeks since 2014 whilst living under Kiev’s authority and the Azov Battalion, the Greek government has been near silent on this, only releasing periodical statements that hint towards Ukraine needing to improve minority rights and nowhere near to the same degree of their criticism of Russia.

Greece in the months leading up to the war was making strong attempts to have soft power influence in Mariupol, something that could have continued if there was an acceptance that the entirety of Donetsk was going to be under full Russian control.

The harsh reality for Athens is that although the Greeks of Mariupol will be disconnected from Greece, they will live in a far safer environment and with respect to their identity and language, just as the Greeks in Russia’s Crimea, Stavropol Krai and Krasnodar Krai experience.

200 firefighters on standby in Greece in preparation for fire season

Corinth Canal to finally reopen to shipping in July