London-based Financial Times has declared “Greece is the word” for this year’s summer holidays.

In the article, Maria Shollenbarger writes her favourite accommodation in Greece, from stylish adult-only escapes to slick family resorts. They went to lengths to preserve rather than jettison as many original architectural elements as possible, from a grand circular iron staircase to terrazzo floors. Stefanidi then embellished the spaces with modernist designs from Shila’s “maison d’objets” design studio (all of which are available for purchase).

The 20 open-plan rooms run the gamut from snug (but great-looking) doubles to loft apartments; some have balconies or patios. There’s a pop-up café-bar at ground level, a gallery space and a basement lounge with speakeasy leanings.

The idea is for Mona to lure Shila habitués and members (yes, there’s a members’ club too, called House of Shila) to this busier, grittier but super-vibrant downtown location.

Based on their form, and those rooftop Acropolis views, I’m betting on their success. mona-athens.com, from €205

Zakynthos keeps it in the family The pool at Lesante Cape, Zakynthos

Families have long looked to the Ionian for their Hellenic holiday fix, and often to Zakynthos in particular. Its Peligoni Club is a lodestar of the Mediterranean holiday, trading since 1989 in the villas-with-clubhouses model – some modern and sprawling, but most traditional, with a few adorable cottages.

Lesante Cape boasts half a dozen bars, tavernas and restaurants

Last month a very different family-friendly offering opened down the coast, a couple of miles from Zakynthos town: Lesante Cape proposes both a more traditional resort model (several pools; half a dozen bars, tavernas and restaurants, a secluded beach, spa, gym) and a slick new-build look modelled after a traditional village, with a central square and rooms and villas (with generous indoor-outdoor space) clustered in blocks around it. Plus a kids’ club, a child-safe infinity pool and numerous child-centric activities, from cooking classes to guided nature walks. lesantecape.gr, from €427

Old, new and fabulous on Crete 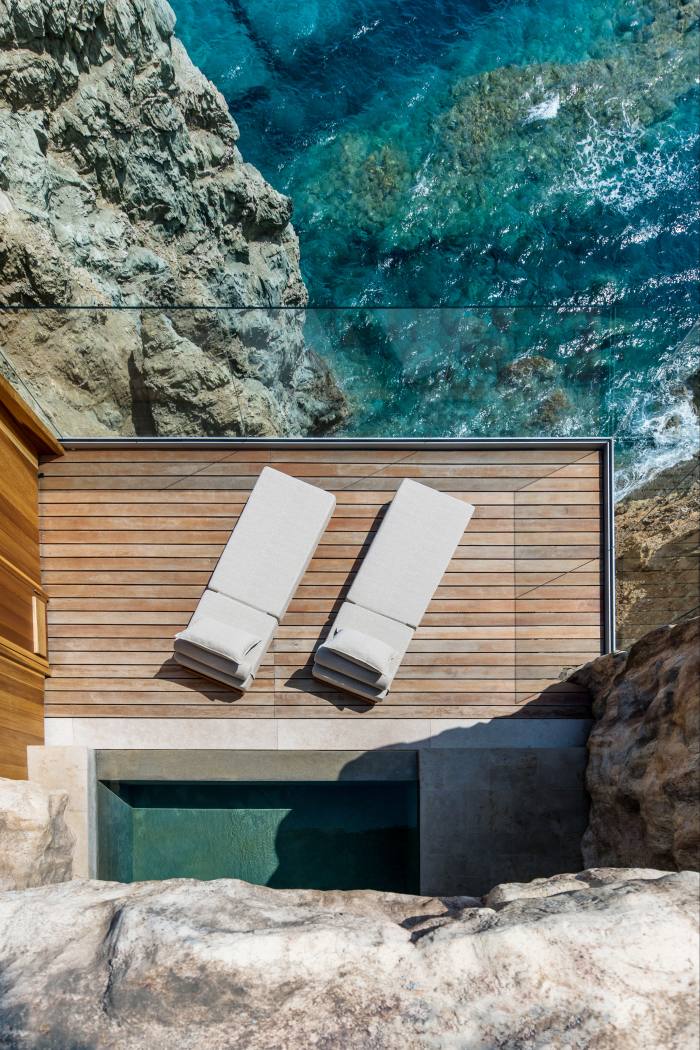 There’s been a buzz building around Crete, the biggest of Greece’s islands, from a burgeoning creative scene in Chania to a clutch of just-opened or opening resorts.

New to its north coast is Acro Wellness Suites: just west of Heraklion, set at the tip of a peninsula, it’s an adults-only, pure-minimalist escape, its cave suites built directly into naturally occurring caverns, with floors, walls and ceilings of polished concrete and pool terraces half-shaded by natural rock.

The beach at the Blue Palace resort on Crete Low platform beds and sofas abound; the food skews elegant but straightforward Hellenic; and the nearby Mononaftis beach looks about as perfect as they come.

If old-school is your preference, Blue Palace in the port of Elounda is fresh off a vibrant renovation of its villas and suites, many of which have private verandas or pools. It, too, has a dream of a beach – and a glamorous family owner, Agapi Sbokou, who’s always on the scene and a consummate hostess. acrosuites.com, from €421; bluepalaceresort.gr, from €412 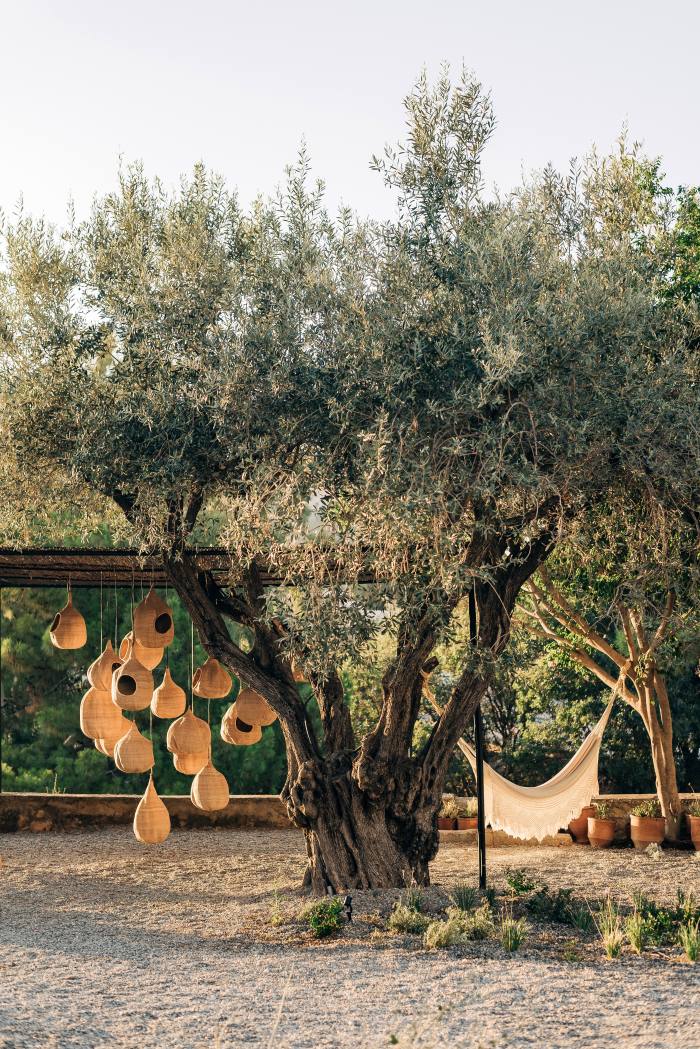 To the east in the Dodecanese is Lindos, rivalling Paros for severe-but-beautiful interiors, and rich, like Crete, in ancient patrimony. Just outside the bay of Lindos is Casita Casita, whose owners turned their abandoned club into a seven-suite gypset guesthouse.

One of the rooms at the seven-suite Casita Casita 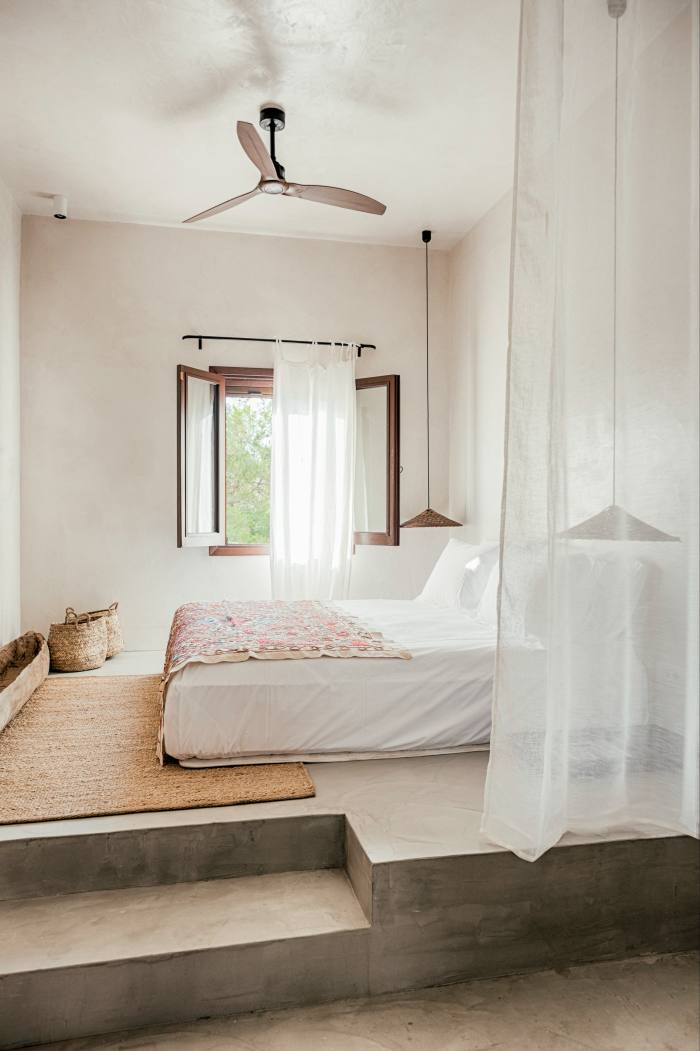 You might make your own coffee in the morning, but beds are dressed in suzanis and hand-dyed linen coverlets; outdoor showers and hammocks in random quiet corners abound; there’s a small but fetching pool in an olive grove, and Lindos beach is a three-minute walk away (and the town square, a 10-minute one).

It’s a house in close quarters, so for a maximum return on its charms consider buying the place out with friends (adult ones – there are no children allowed). casitacasitalindos.com, from €222 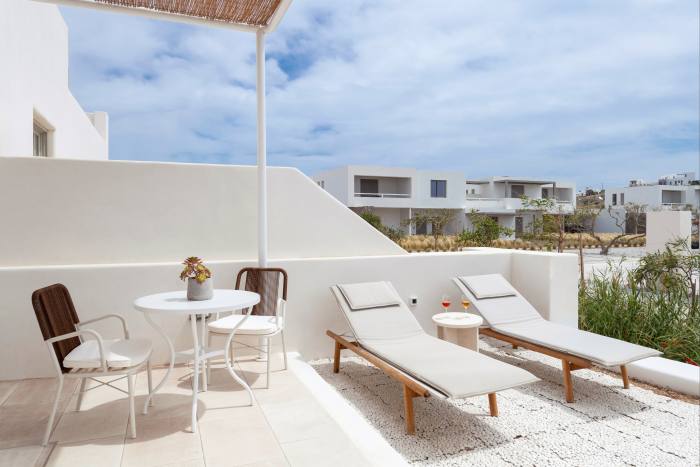 The Earth Suite’s terrace at Cosme

Paros’ distance from Mykonos and Santorini is spiritual rather than physical: they’re all fairly easy ferry rides from each other, but in contrast to the latter’s thronged tavernas and thumping nightlife, Paros is more sleepy choras, dusty red-earth interior and manageably populated beaches – still a place that can be, as Cecil Beaton once wrote, “nothing but sleep, swim, eat and read”.

The Greek owners of Cosme, which opens later this month, already have several fine hotels across Santorini and in Mani – and on Paros, where they operate the very slick Parīlio.

Not far from the northern port of Naoussa, Cosme inserts itself firmly at the high-gloss end of the Paros spectrum, with 40 large suites, a private beach club with a waterside restaurant, and a wellness centre with an outdoor gym. kanavahotels.com, from €450.