How Turkey is Islamizing its former Christian colonies after an unequal partition while claiming secular character.

What is today Turkey once used to be Greece. Yes! This is the first geographical fact that you need to familiarize yourself with. Turkey was not Turkey. Turkey was called Anatolia/Asia Minor during pagan and Christian times. While eastern Turkey was Armenia. 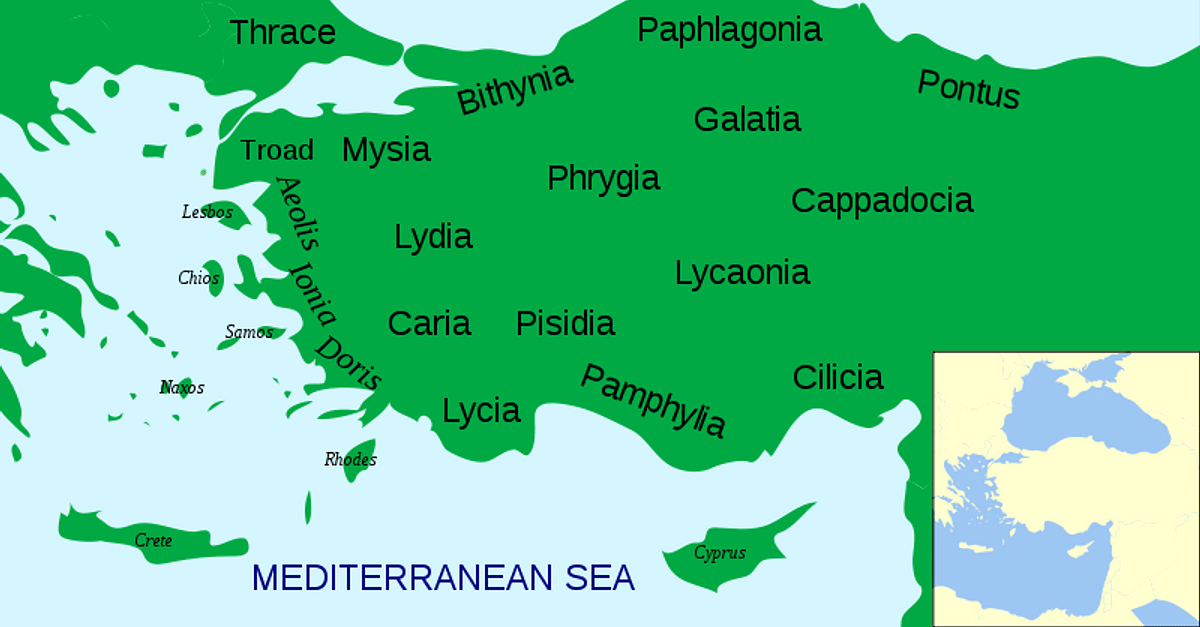 The original home of Turks is in the steppes of eastern Siberia, somewhere near Lake Baikal. Turks are invaders/ settlers in Turkey. Turks are NOT the original inhabitants of Turkey. 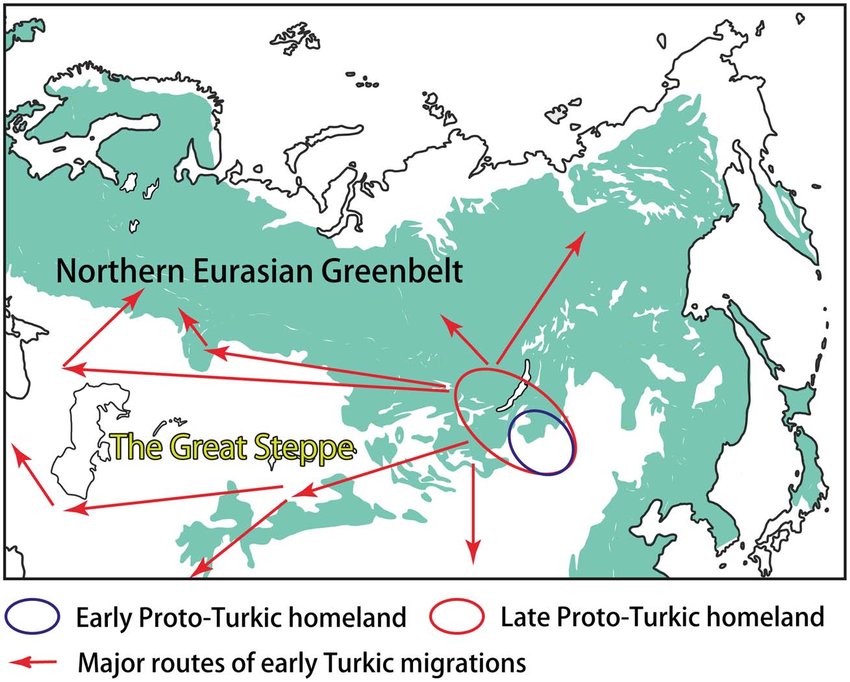 What is now Turkey was once Greece and the peninsula called Anatolia. Anatolia had some of the most important provinces of pagan Greek, pagan Roman and then Christian Byzantine empires. It is home to two of the ancient 7 wonders. 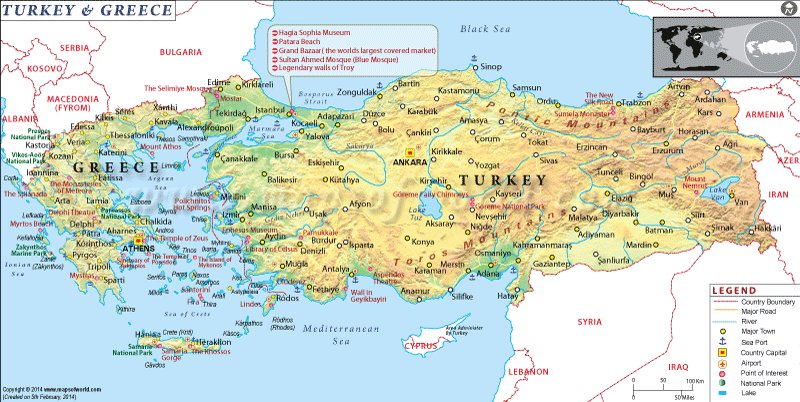 Greece was a maritime civilization and the entire littoral of Turkey and many inland cities were settled by Greece. Some of the greatest Greek cities like Ephesus and Smyrna are located in what is now Muslim Turkey. 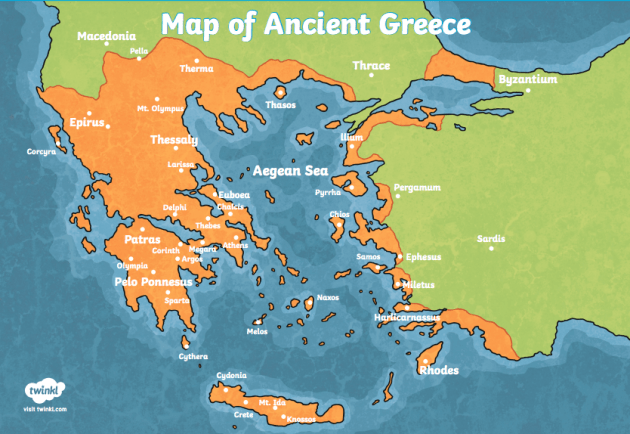 By 5th century, what is Turkey had become entirely a part of Greece: Greek in culture, language and Christian in religion as it was part of the Byzantine or Eastern Roman Empire then. 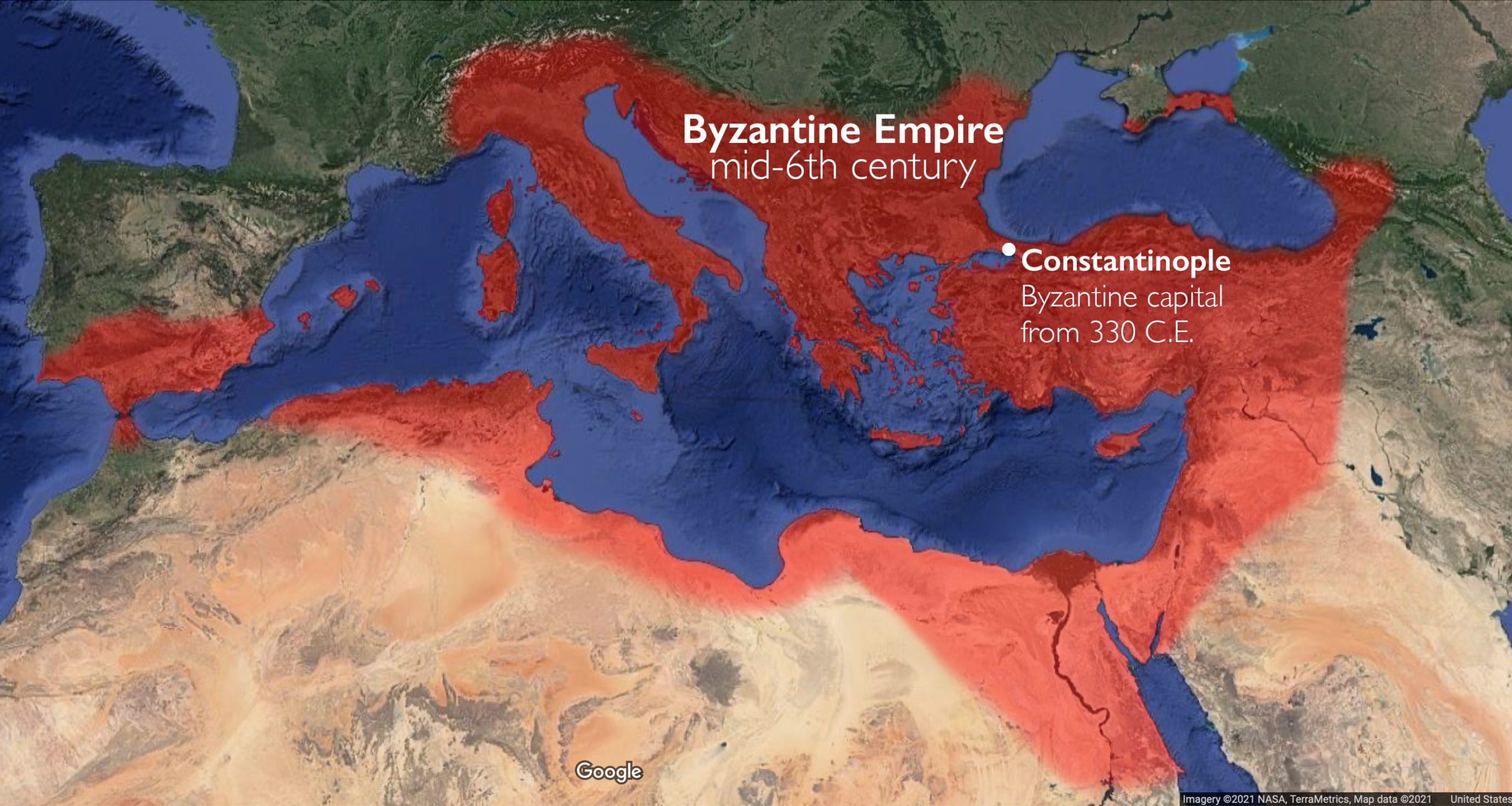 Starting in 11th century, barbaric tribes of Seljuk Turks started invading Byzantium Empire in Anatolia (present day Turkey). These Turks were Muslim. They were converted by the Arabs and Persians during the Muslim conquest of Transoxiana.

Rising from their homelands near the Aral Sea, these Seljuk Turks invaded the Byzantium Empire in Anatolia (what is now Turkey). In the great Battle of Manzikert in 1071, the Muslim Seljuks defeated the Christian Byzantine armies and captured Emperor Romanos IV.

This was a devastating defeat for the Christian Byzantine Empire. It made sure that they will not be able to defend Anatolia and Armenia, two of its richest and core territories. The Muslim Turks meanwhile started invading Anatolia and settling there in huge numbers.

They displaced the local Christians, converted them to Islam and massacred any who resisted and eventually managed to convert a core part of Greek civilization into a Muslim majority land. Only Armenia in the east was able to resist a little.

The Seljuk Turks had Islamized Asia Minor but had not been able to win the capital of Byzantine Empire – Constantinople. That job was completed by the Ottoman Empire which rose in 14th century as a successor of Seljuk Turks in Anatolia.

The Ottomans finally invaded and destroyed Constantinople in 1453 and the Byzantine Empire finally was dead. The most important Christian city in the world at that time was invaded, destroyed and Islamized by Ottomans. It was renamed as Istanbul in Islamic tradition.

Ottomans expanded in other parts of Eastern Europe and controlled all of the Balkans including countries like Bulgaria, Serbia, Bosnia, Albania, parts of Croatia. It also came to rule core ancient pagan Greece in Peloponnese, Thessaly, Athens and Macedonia. 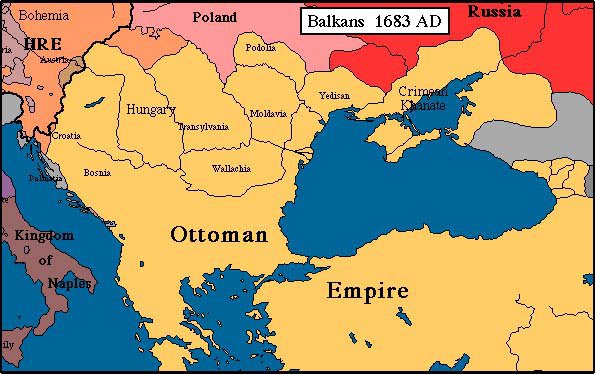 After a brutal occupation of around 400 years, Greece finally became independent in 1829 in a revolution of independence in which Greece was helped by Russian, France and UK. The current boundaries of Greece however were achieved only by 1923. 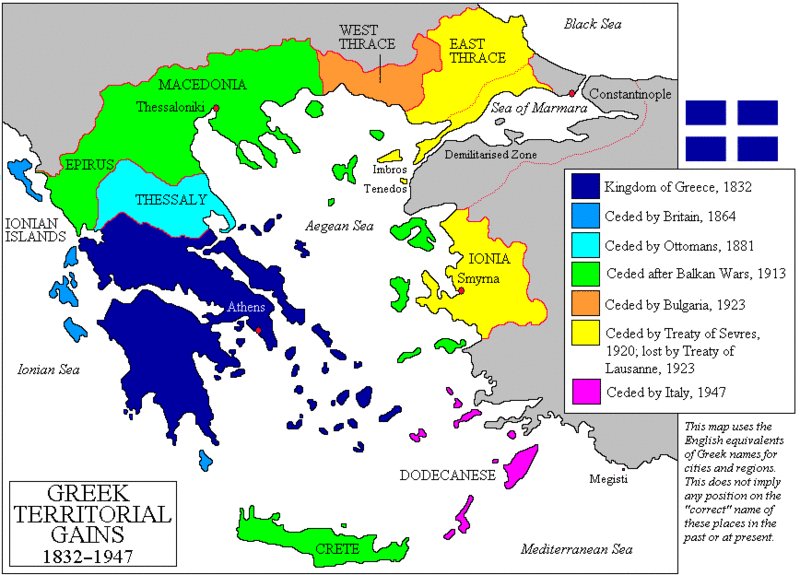 In the 1920 Treaty of Sevres, Greece had acquired most of Thrace and a toehold near the ancient Greek city of Smyrna in Anatolian mainland. This had finally given Greece a semblance of ancient Greek boundaries, although minus its capital of Constantinople. 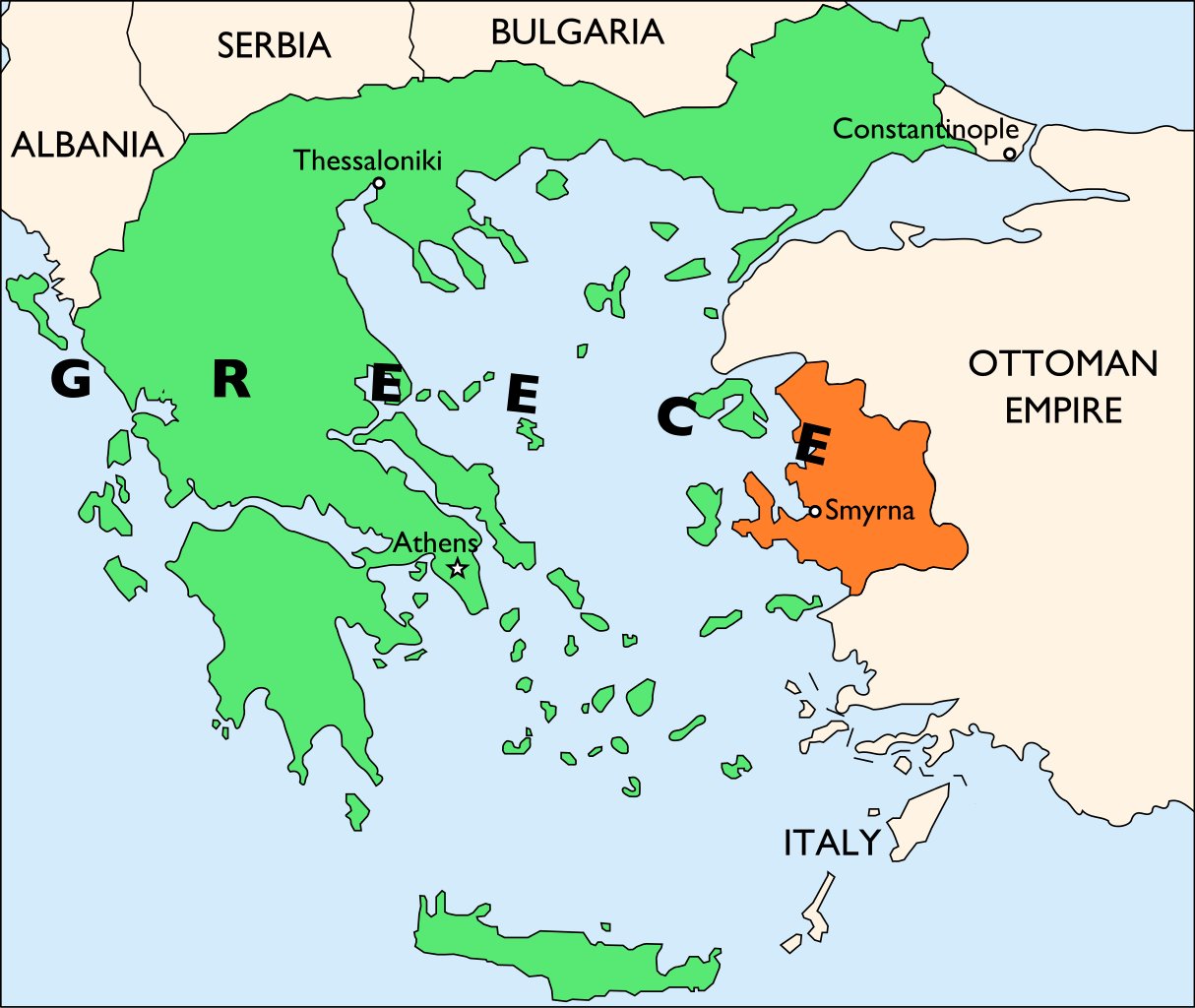 But Turkey would not allow even that. Mustafa Kemal Ataturk led his army against the Greek protectorates of Smyrna and Thrace and threw Greece out of Anatolia by 1922. Turkey then proceeded to commit another genocide: this time against Greeks.

Around 264,000 Greek Christians were massacred in genocide of the last Greek Christians left in Anatolia. The genocide was particularly severe in Black Sea regions and is known as the Pontic Genocide. Some of the most ancient Greek communities of Black Sea were no more.

In the West, Greek Christians of Smyrna suffered genocide by Turkish Muslim army and civilians. Historian Arnold Toynbee tells that in Smyrna, the Turks not only killed the Greeks, but burned their homes with petrol to completely obliterate Christian presence in Turkey.

Greek Orthodox Archbishop Chrysostomos of Smyrna was lynched in public. Greek Christians of Sivas suffered unspeakable atrocities. Greeks were finally destroyed in their ancient eastern homeland with literally no one surviving in Smyrna, Ephesus and all of Anatolia.

In 1923 a transfer of population as proposed by the Greek Prime Minister Venizelos. He had witnessed the horrible genocide of Armenians and Greeks. Turkey was eager for ethnic cleansing and accepted the proposal.

An exchange of population was made between Turkey and the Balkans. Whatever Christians were left in Turkey after the genocide were immediately denaturalized and expelled to Greece. Greece also sent its Muslims to Turkey. The Partition was complete.

It is the only case of a finished Partition, in which a complete exchange of population was made. While Greeks mostly transferred Turkish Muslims, Turkey responded by killing most Greek Christians and expelling the rest to Greece. But in any case, the Partition was complete.

Greece today borders with four countries: Albania, North Macedonia, Bulgaria and Turkey. Two of which are completely Muslim, one is almost Muslim majority and the last has a sizeable Muslim minority waiting to invade Greece. 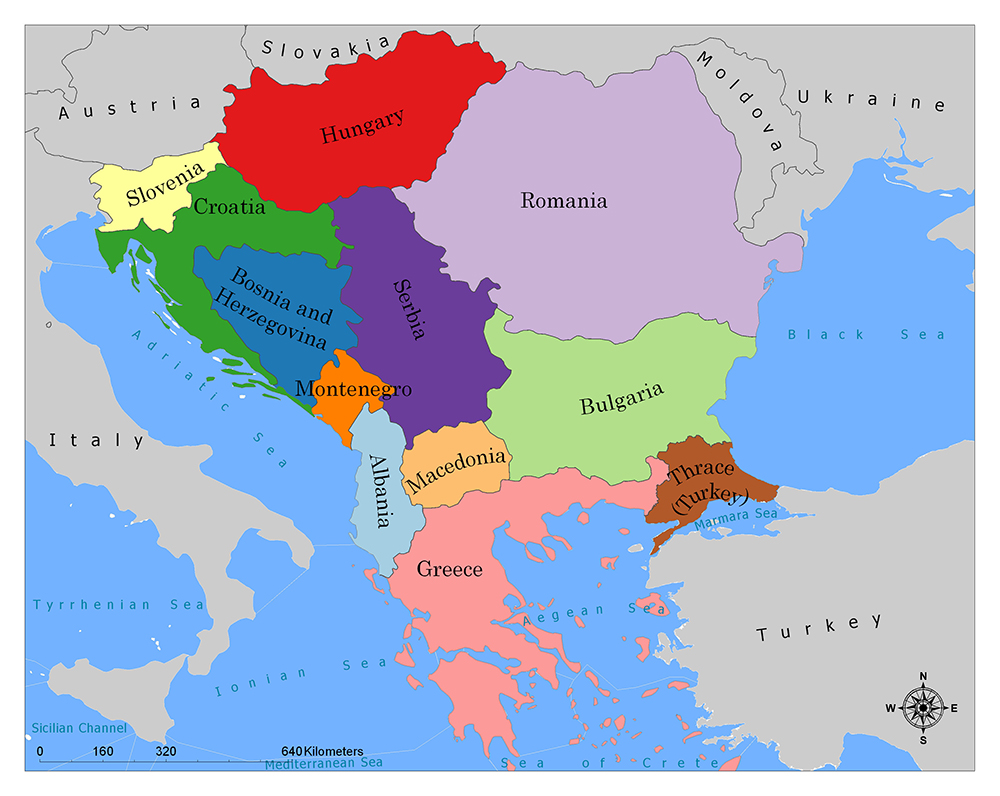 Although Greece exchanged all its Muslim population but other countries in Balkans were not as thorough. Albania and Kosovo were almost completely Muslim, while Bosnia had a large Muslim minority and so did North Macedonia. Bulgaria too had some Muslims.

Fall of communism led to the collapse of infrastructure and institutions in these countries. Lakhs of Bulgarians fled to Western Europe and other countries. And their population was in steep decline due to communist depression. Other countries were in similar situations.

Turkish Muslims took advantage of this situation. They started infiltrating these countries in the 1990s, taking over their institutions and established Muslim majority villages, towns and cities in the Balkans. Bulgaria now has a huge Muslim population of around 12%.

North Macedonia is almost where Lebanon was in 1971. It has now a Muslim minority of 33% which has been rapidly increasing through migration in the past three decades. It might soon have a Muslim majority.

Albania is around 83% Muslim majority and Kosovo next door is almost completely Muslim. And these two countries spearhead a lot of mafia and illegal activities in the Mediterranean region. And the fourth country is of course Turkey.

Greece is surrounded by Muslim countries and heavy Muslim minorities from ALL sides. As a result there is once again a Muslim minority in Greece of around 2% and fast growing. But Turkey on the other hand has eliminated all of its Christian population forever.

Added to that is the sinking economy of Greece and its rapidly shrinking population. It is only a matter of time before Turkish Muslims once again become a significant minority in Greece.

Greece teaches us that there is no local solution to the problem of Islamism and Islamic infiltration. The religious demography of the neighboring countries matter as much as the demography of our own country does. India shall take enough lessons from the Greek problem.

Pankaj Saxena is co-founder and Director of Brhat.

READ MORE: Greece to issue demarche for every Turkish flight over airspace.