The mural by Aristeidis Lappas, titled "She Who Protects", near Omonia Square (Panepistemiou 58) praises diversity by highlighting the lively character of a city that is constantly changing.

It is a work that reflects the colourful character of Athens and the different cultural background of modern Athenians, according to Proto Thema. 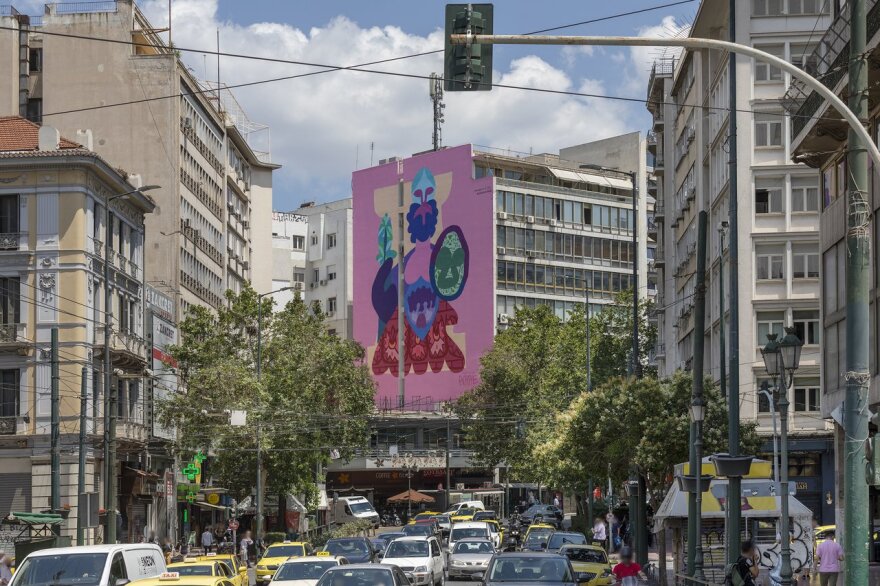 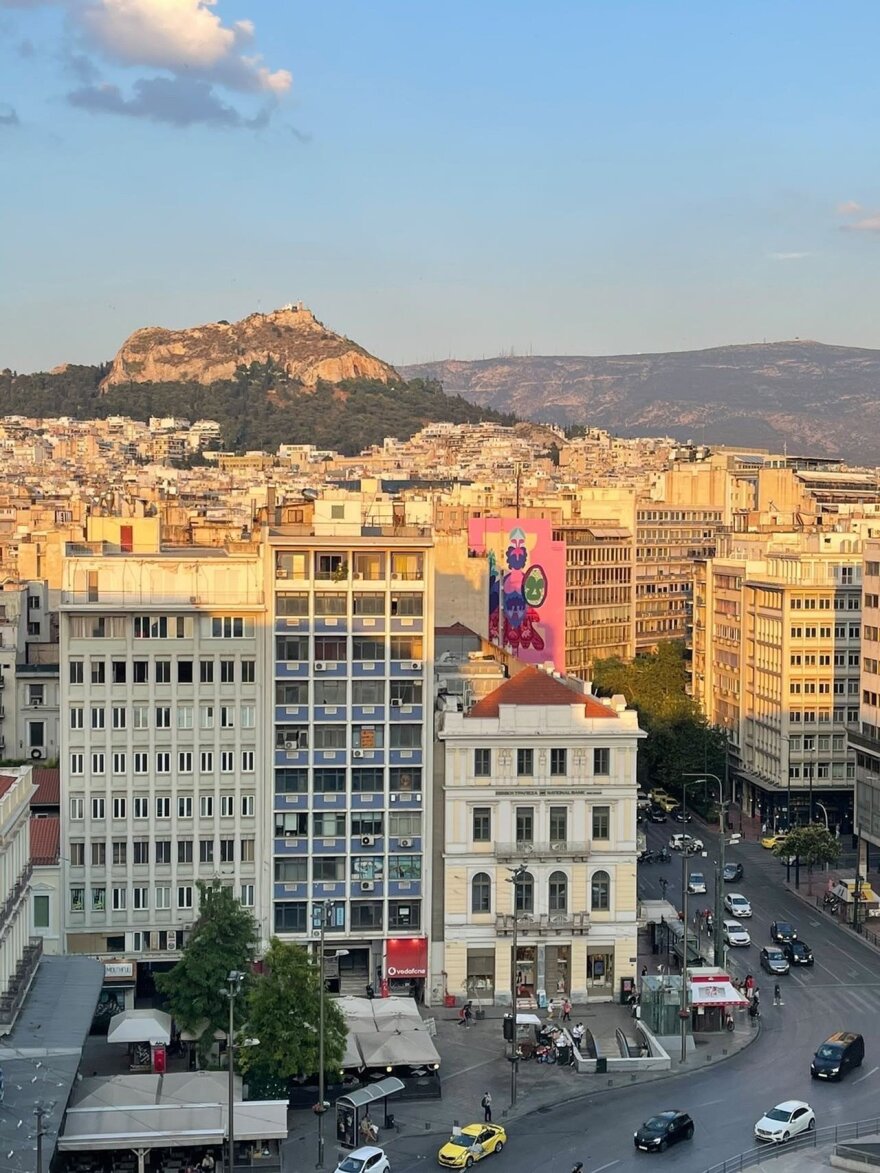 He is a graduate of the University of the West of England, in Bristol, United Kingdom. With the Erasmus scholarship he studied at the Accademia di Belle Arti di Bologna, Italy.

He has presented his work at various individual and group exhibitions.

Elsewhere, located in a building on Alexandras Avenue, opposite the "Agios Savvas" cancer hospital, the work by Angelo Plessas acts as a talisman for the city and its residents.

The installation consists of a red smiley face (emoji) surrounded by seven symbols in a circular arrangement.

These symbols, which the artist has drawn from various cultures of the world, convey a message of love, hope and optimism as an antidote to a fragmented world, where alienation, loneliness and loss prevail.

Looking at the light rays emitting a green mushroom, a blue bird, a yellow yin yang eye, a double pink moon, an orange hand, a circular square (the command symbol on Apple keyboards), and a purple snake with a glass, passers-bys are filled with positive thoughts and feelings, eliminating the stress of the day.

The work has an even stronger effect: the mystical atmosphere it creates, combined with a pagan mood, reveals its ritual character and its healing properties. 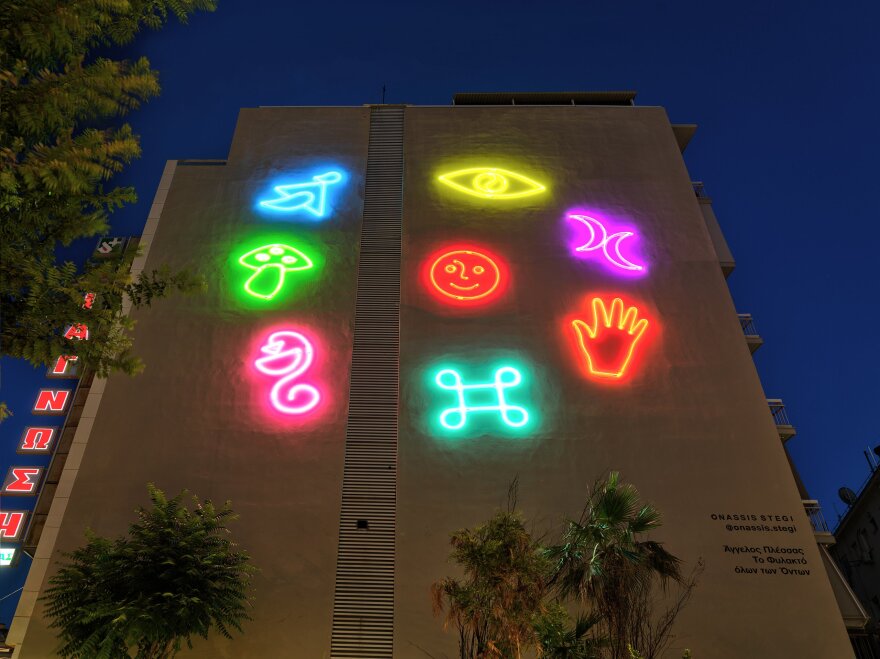 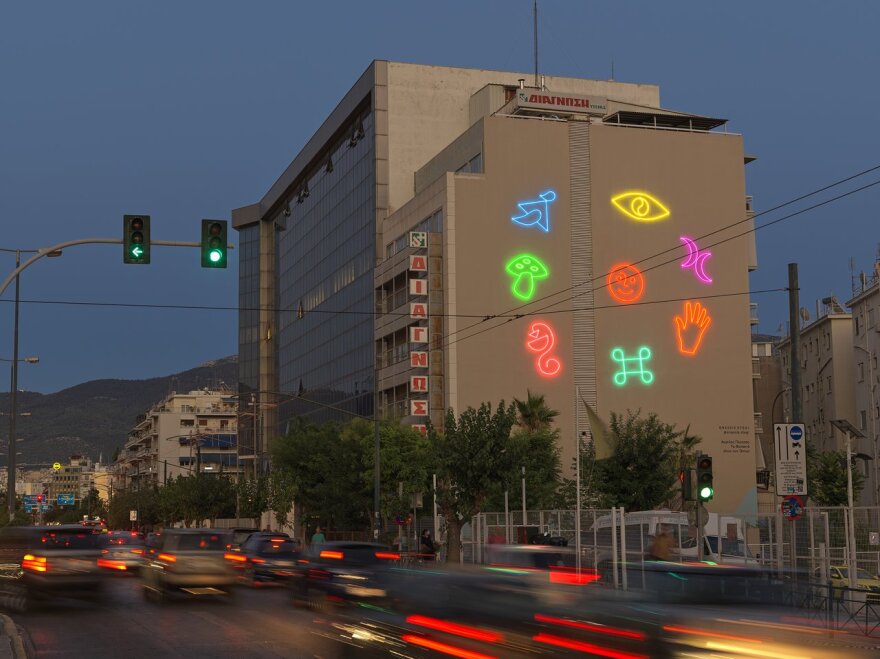 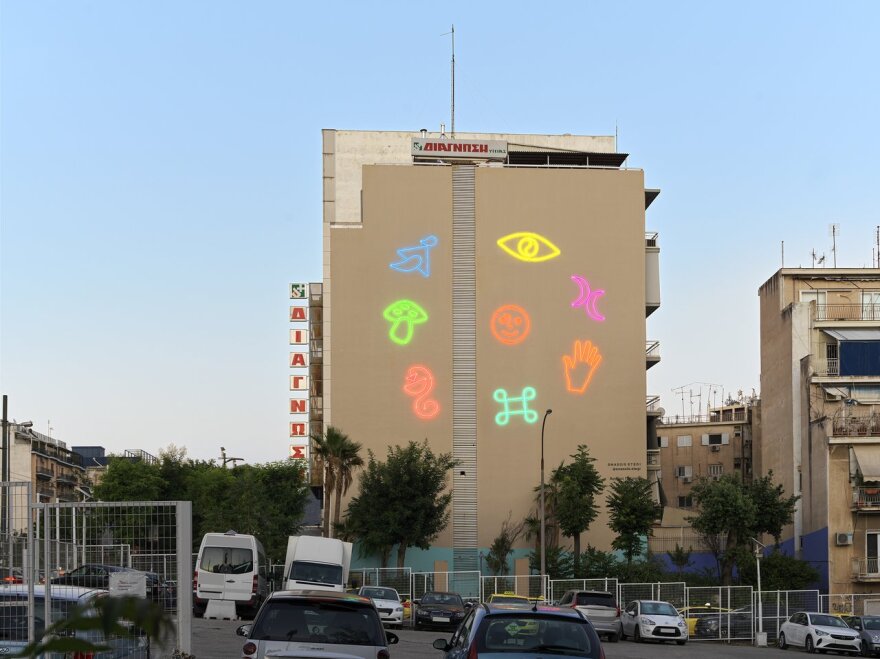 His work focuses on networking our digital and offline lives in ways that make us understand both situations by focusing on issues of connectivity and identity, spirituality and communities.