Former stockbroker Jordan Belfort celebrated his sixtieth birthday on Thursday night with his wife and close friends in Mykonos, inside the luxury hotel complex where he stays.

The "Wolf of Wall Street", as he was called, whose stormy life and dizzying rise was accompanied by an equally resounding fall, blew out the candles on his cake and enjoyed his beloved Dom Perignon.

Around him, in addition to his wife, Christina, he also had a number of his friends, who traveled by helicopter from Athens to the "Island of the Winds" to celebrate the big night, which lasted until the early hours of the morning.

Today he went to Principote for the party and danced, just like the rest of the company, which accompanies the man whose life was first turned into a book and then into a movie, starring Leonardo DiCaprio, on his outings. 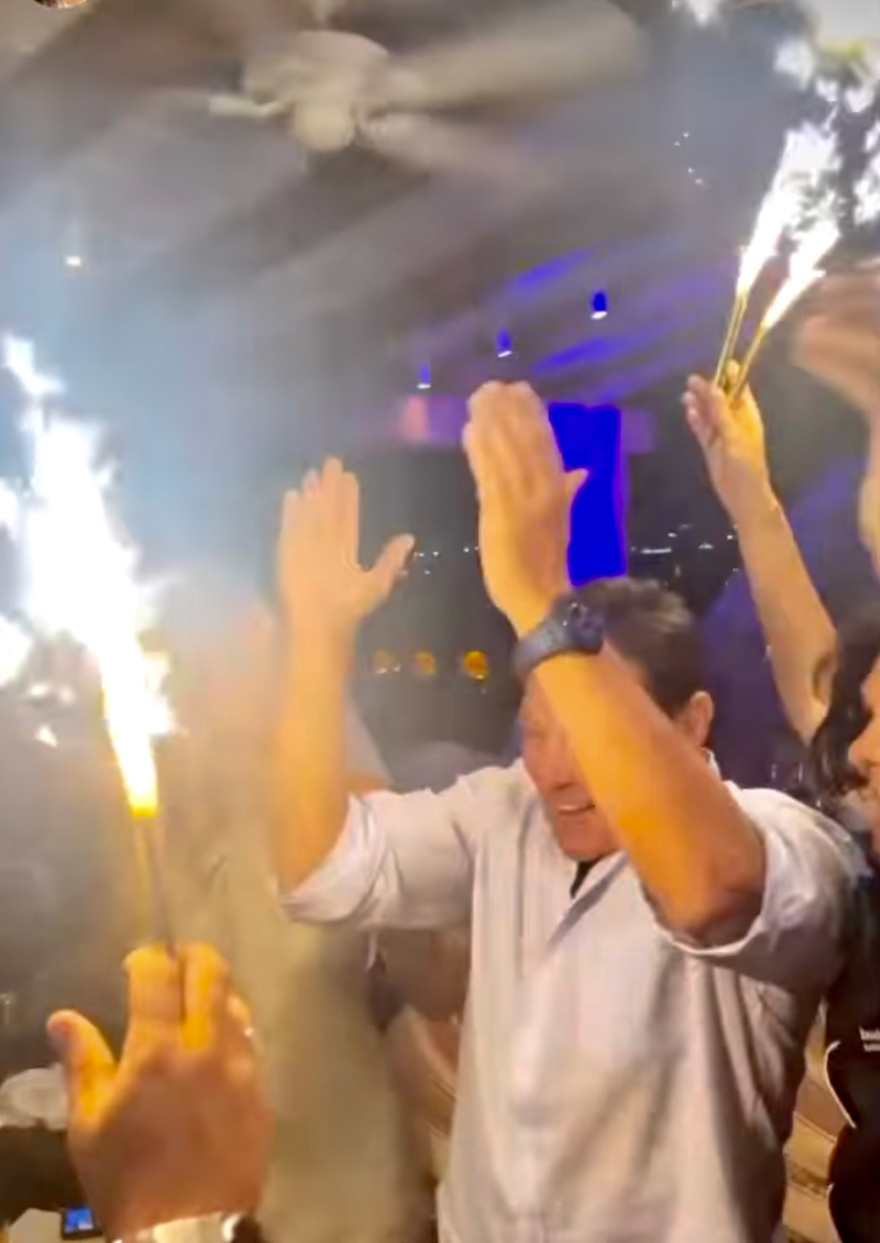 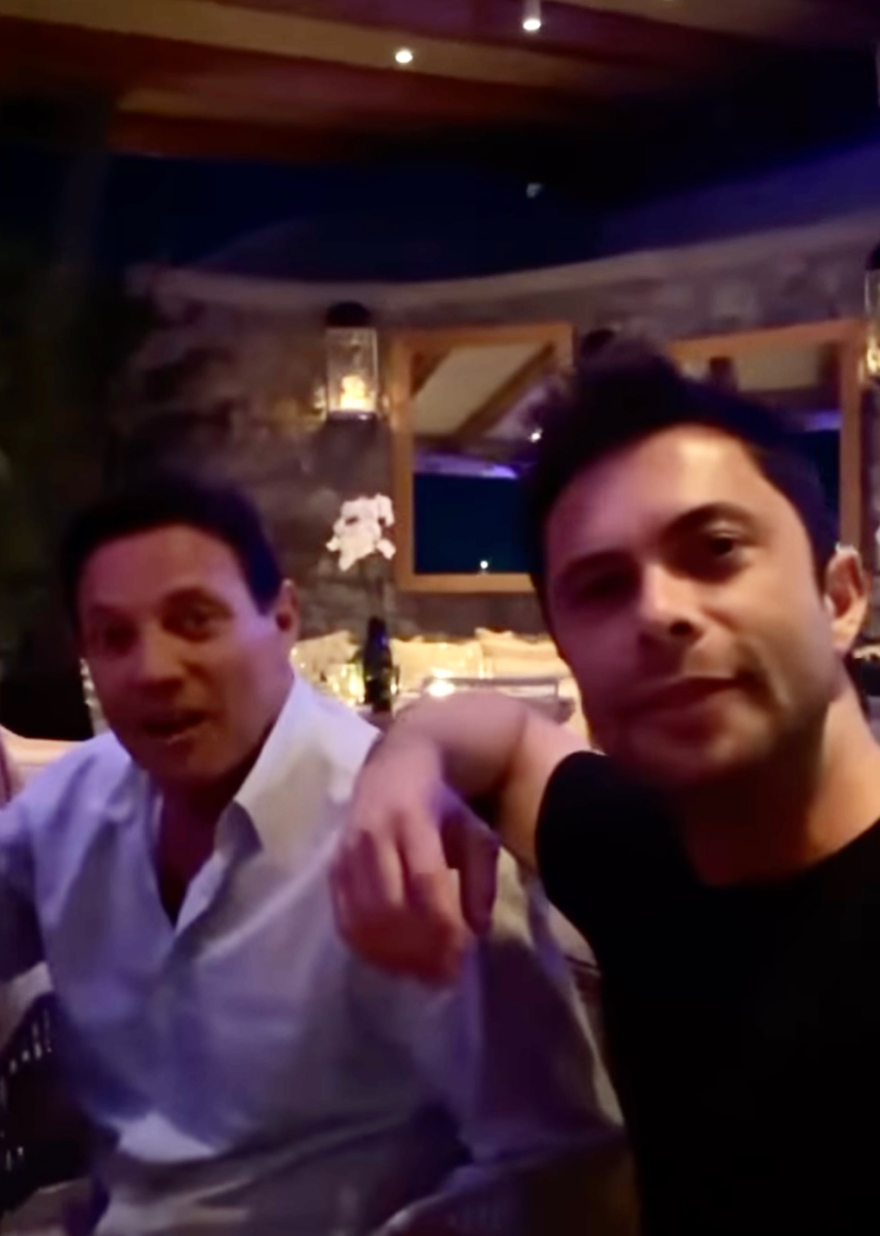 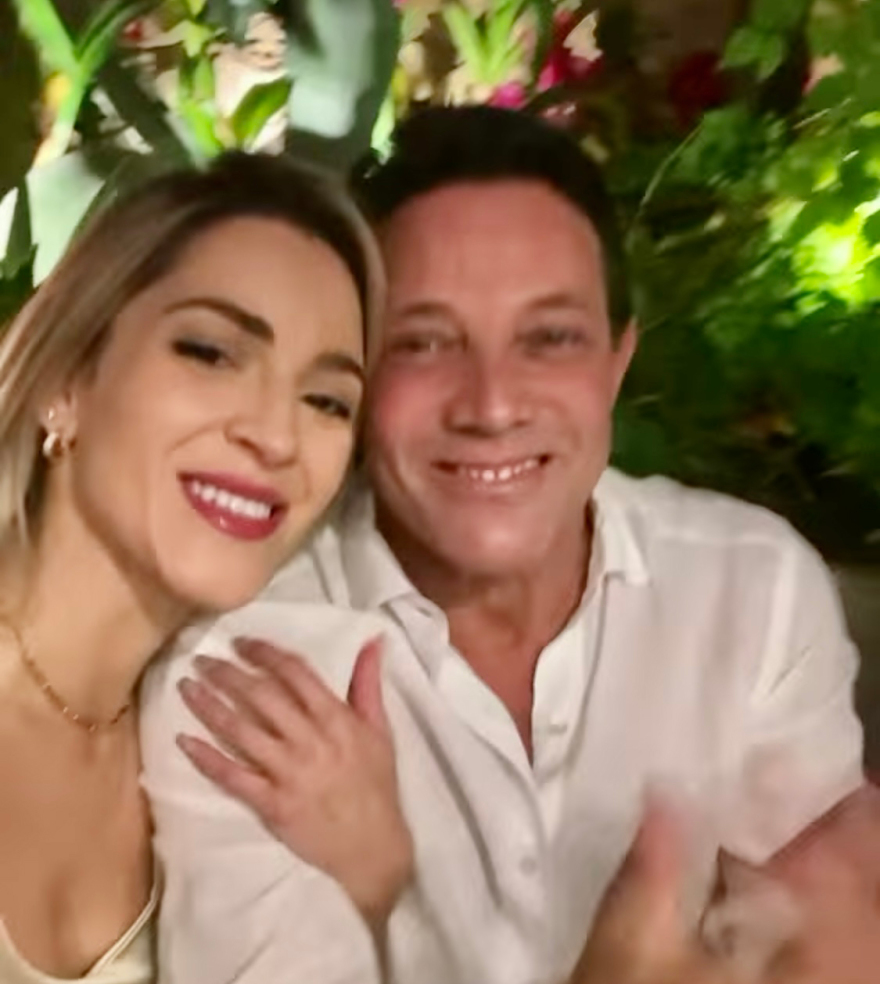 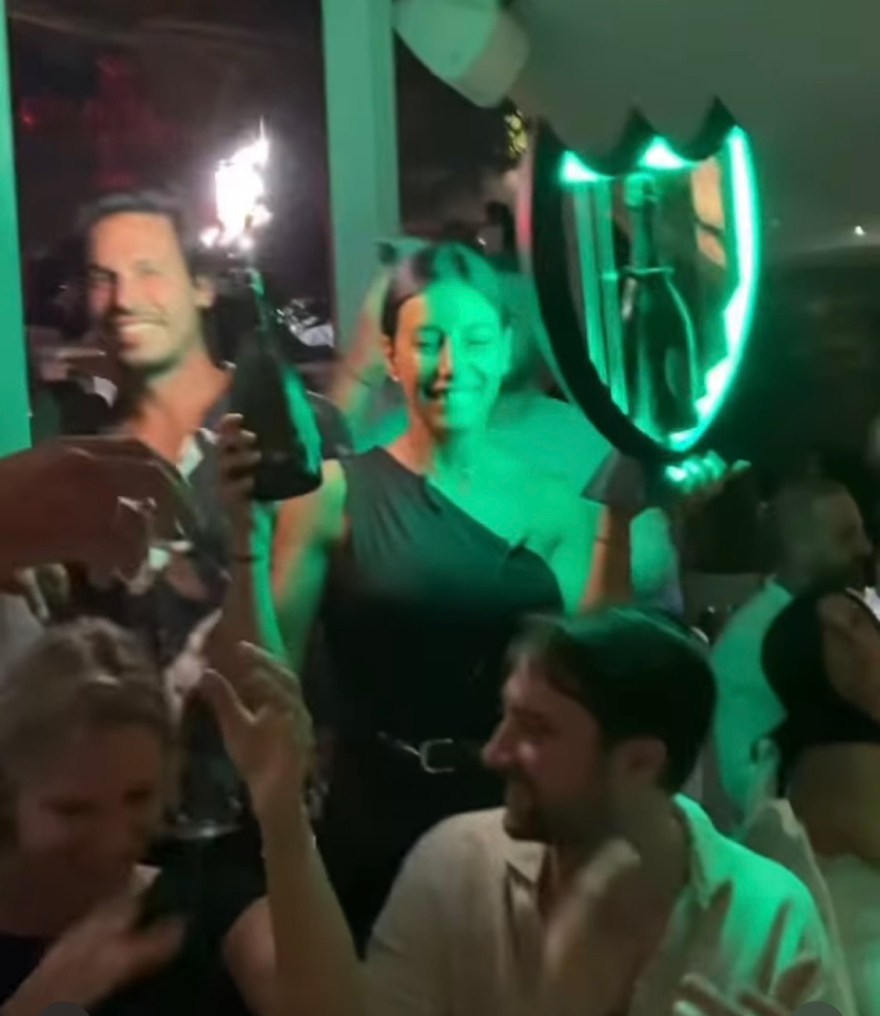 On the contrary, at Nammos, the movement that prevailed today at noon - there was a small concert stage on the beach - has to do with the glam appeal of the Armani house and the pop up store that was set up 20 metres before the entrance to the restaurant.

After Portofino, the famous designer chose Mykonos and tonight, after the presentation of the Mare collection, there will be a seated dinner for the guests of the event.

According to Proto Thema, the guest list includes high-profile names from the business world, most of whom are in Mykonos at the moment, while the information that the famous designer can "attend" seems to be untrue, since the meter of the design fashionista is currently resting on the French Riviera. 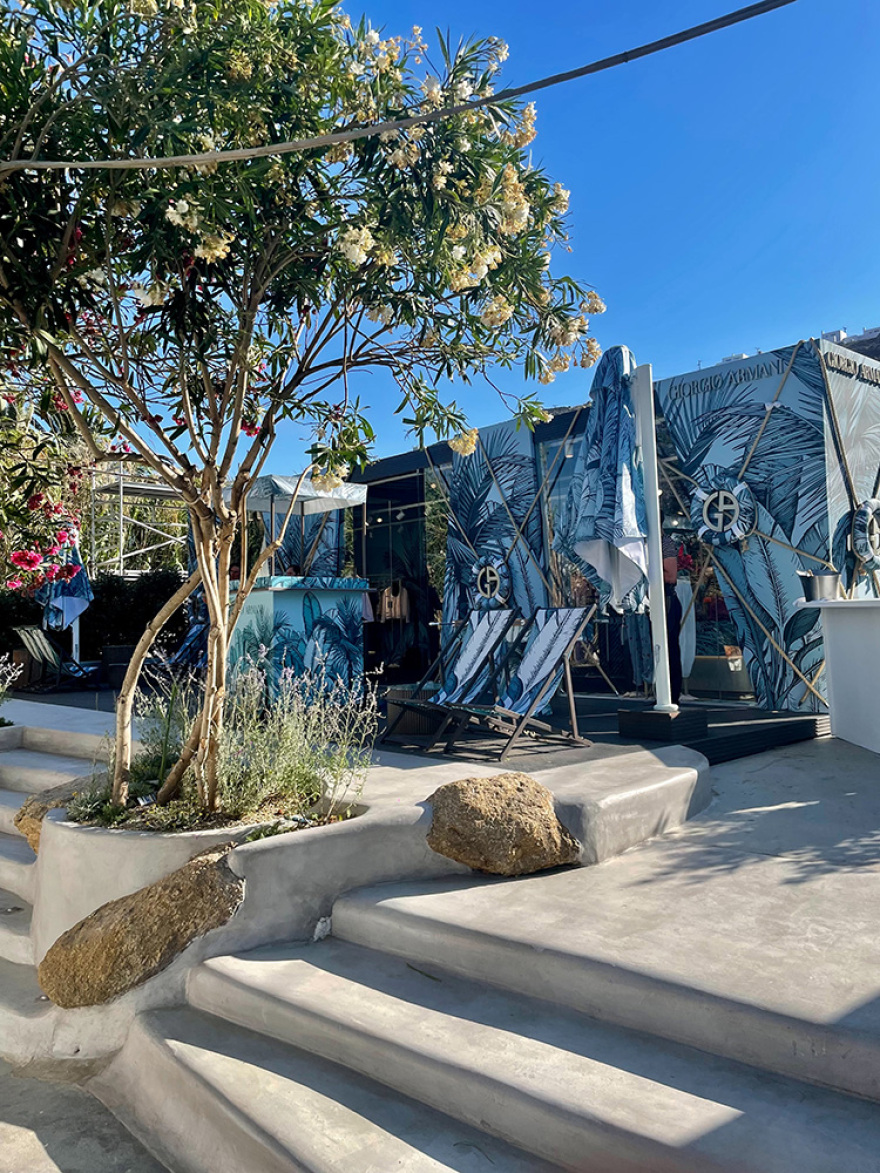 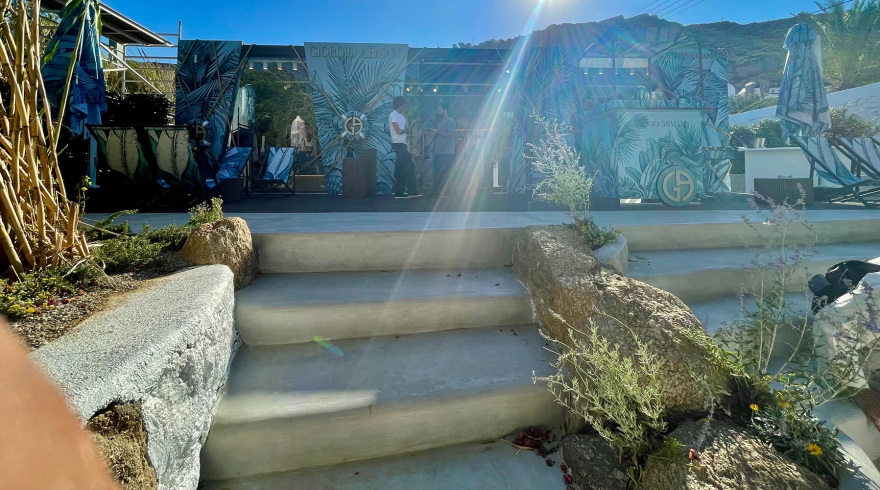 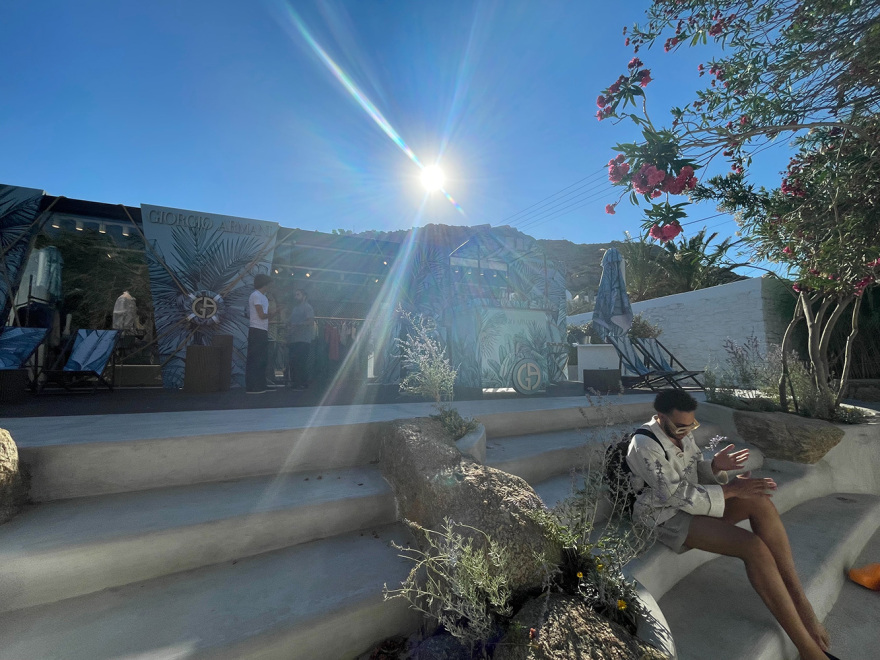 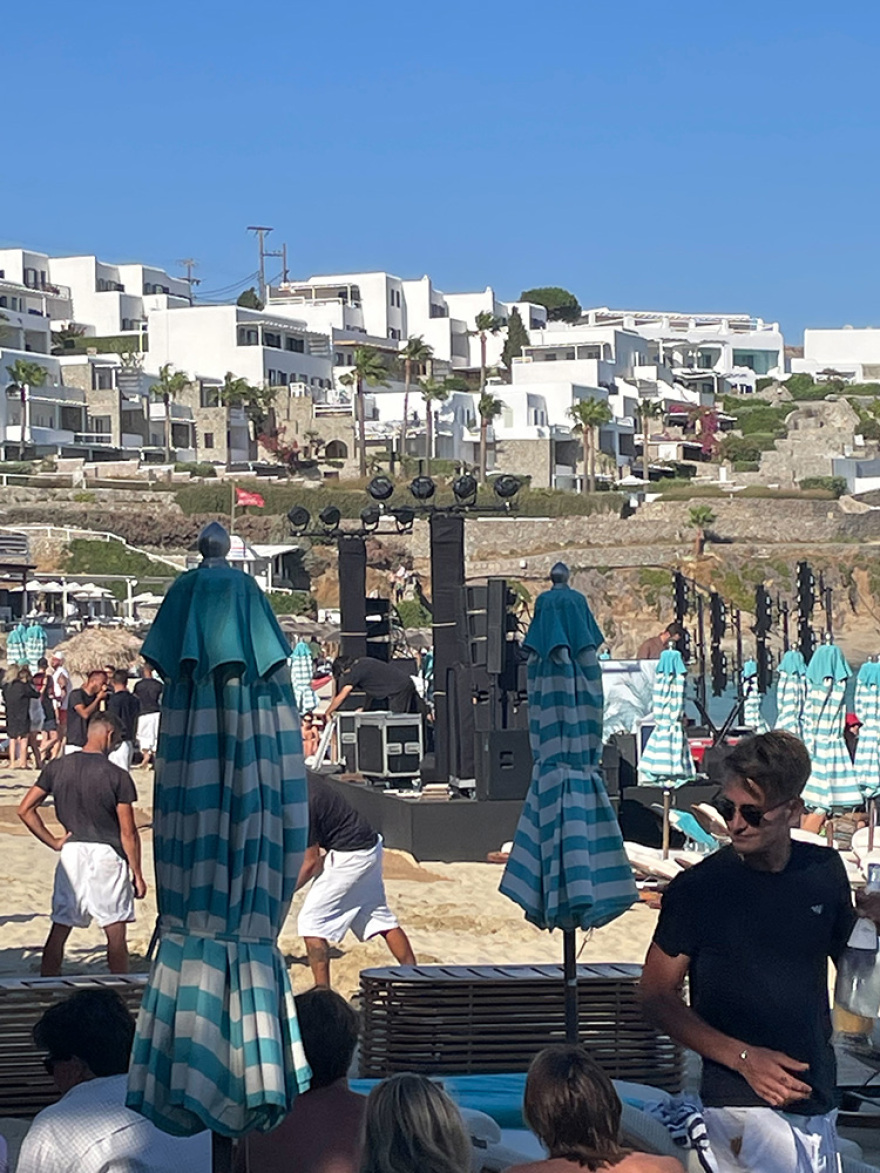 READ MORE: The Greek Warrior and Magic Johnson: “I spoke to him about Ancient Greece.”