The Valouklis Greek Hospital (Balıklı Rum Hastanesi) in Istanbul is engulfed in flames and has been evacuated by Turkish authorities.

As the building was evacuated, patients were taken out either in wheelchairs or in the arms of firefighters.

The fire broke out from an unknown cause and a strong firefighting force is on the scene.

The mayor of Istanbul, Ekrem İmamoğlu, went to the scene, while around 80 patients had to be transported away from the burning building. 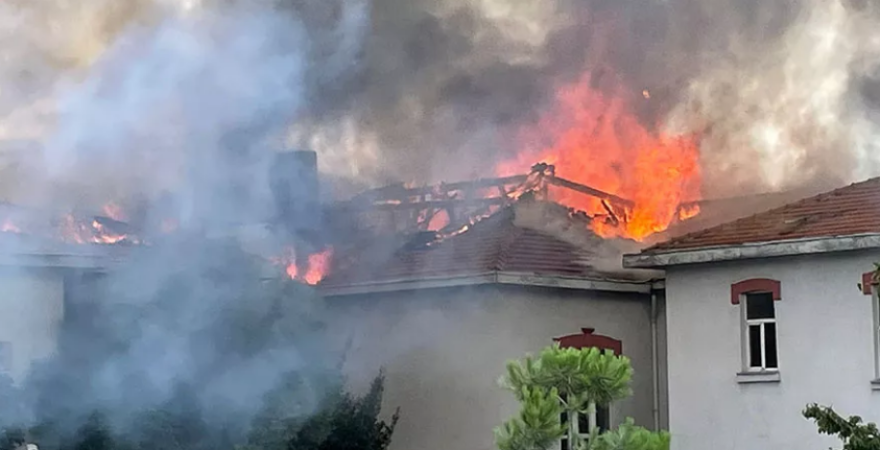 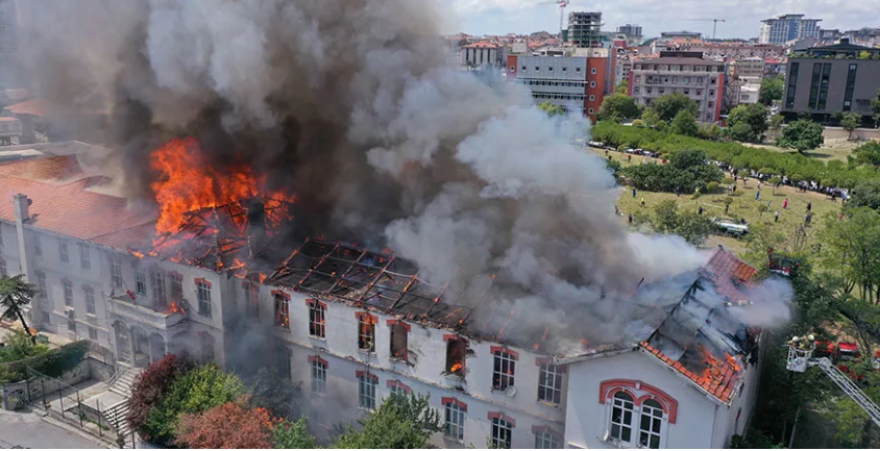 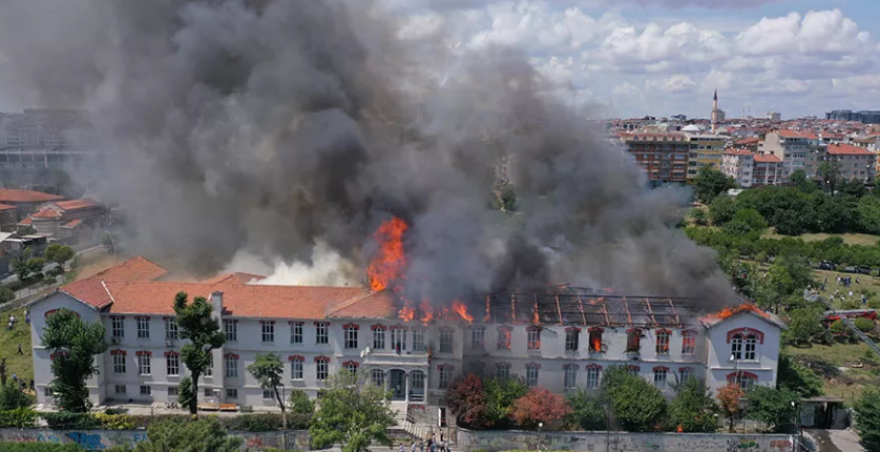 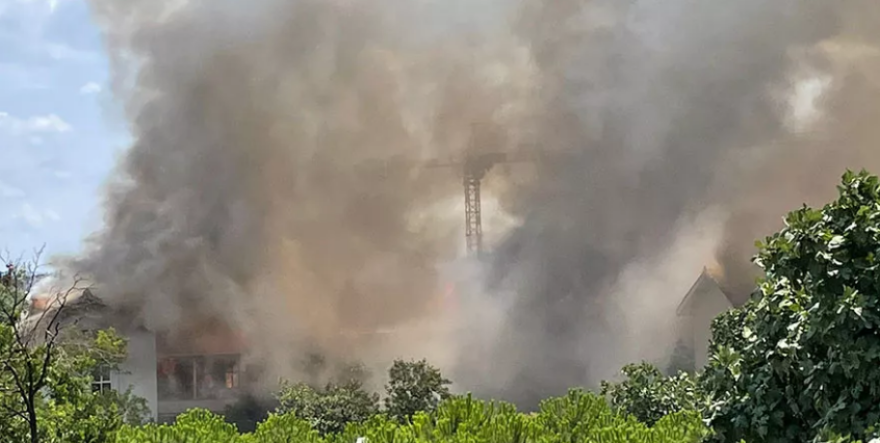 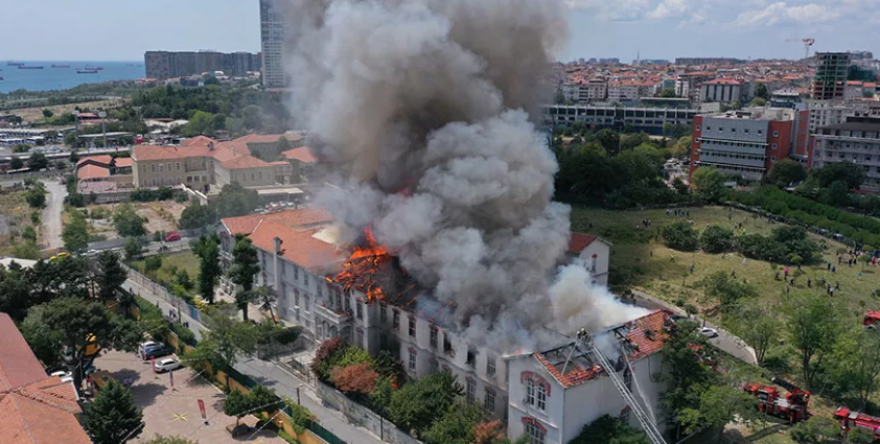 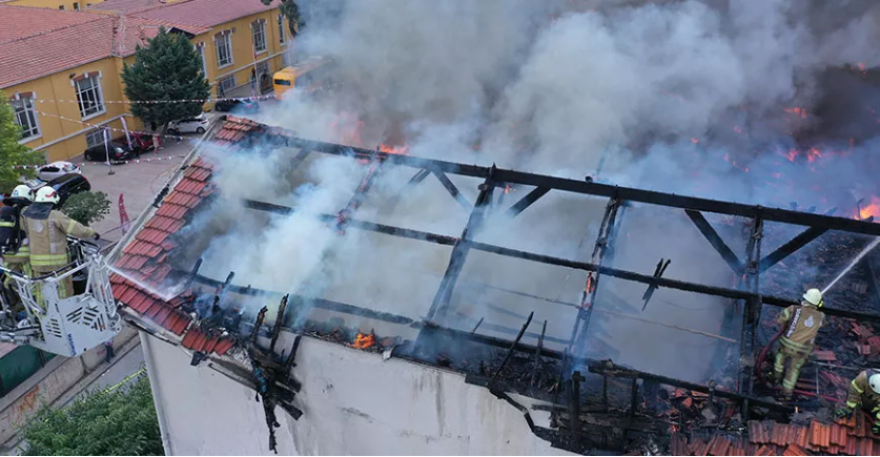 Los Angeles-based Political Scientist Pinar Tremblay tweeted: “With this mysterious fire on the roof🤬 the Greek minority in Turkey is likely to come to an end. These elderly people cldnt even be allowed to die in peace.”

Balikli is/was one of the last places where there were still Greek Orthodox in Istanbul. With this mysterious fire on the roof🤬 the Greek minority in Turkey is likely to come to an end. These elderly people cldnt even be allowed to die in peace. #christian #endofanera https://t.co/hyb1DhMSu2

Many shops belong to the Greek hospital Valouklis complex. Among the stores, except for fast food, there are grocery stores, optical shops etc.

In total there are 25 shops. The rent of these stores are a great source of revenue for the Valouklis hospital.

The Balıklı Greek Hospital was originally established as the Yedikule Hospital through Ottoman government edict in 1753. The hospital was built and sponsored by the Union of Greek Grocers.

The immediate objective of the hospital was to help cure epidemics and common diseases specifically affecting the ethnic Greek population of Constantinople. The hospital however was subjected to a fire in 1790, which completely destroyed the structure.

The hospital was rebuilt in 1793 under the sponsorship of Patriarch Neophytus VIII (reigned 1891-1894).

By the end of the 18th century, the Greek community of Constantinople had built three hospitals: this one, in 1762 another in the district of Galata and in 1780 a third in Pera.

All three hospitals had their own particular constitutions, but they were all placed under the supervision of the Ecumenical Patriarch, who was responsible for nominating the administrative boards of the hospitals.

In 1852, through the sponsorship of Patriarch Cyril VI, the Balıklı hospital established an orphanage on the premises. The hospital also features a church, which serves not only for the patients but the Greek Orthodox community at large.

During the Istanbul riots of 1955, the hospital received many patients, who suffered from trauma, rape, and physical abuse. The hospital was restored in 1991 and in 1994, the first private clinic for the treatment of alcohol and substance abuse in Turkey was established.

READ MORE: Migrant rescued at sea tried to swim from Turkey to Greece.