On Sunday, October 16 at Rod Laver Arena in Melbourne, Australia, undefeated lightweight world champion Devin "The Dream" Haney will defend all the titles against Australian "Ferocious" George Kambosos Jr. The second Haney-Kambosos match will be televised live in prime time on ESPN, ESPN Deportes, and ESPN+ in the United States and on Main Event and Kayo in Australia.

The world's top lightweights first faced off against one other on June 6 in Melbourne, in front of a Victoria-record boxing attendance of 41,129 spectators at Marvel Stadium to witness the division's unification. With a convincing points victory, the unbeaten Haney defeated the previously unbeaten Kambosos to claim the title of undisputed world lightweight champion.

Kambosos (20-1, 10 KOs) became the toast of the sport with his decision verdict over Teofimo Lopez last November, which was named ESPN’s Upset of the Year. It was the culmination of a hard-fought journey for Kambosos. He fought in Malaysia, Greece, London, New York City, Connecticut, and Las Vegas as he graduated from prospect to contender.

For Kambosos, who had 12 of his first 13 pro fights in Australia, the Haney super fight marked one of the most significant international sporting events to take place in Melbourne. He entered the fight as the slight underdog, but the home-town favourite. Haney was unfazed by the army of raucous Australian-Greek supporters that shook Marvel Stadium. Haney blunted Kambosos’ offensive arsenal with an educated jab to win going away. Kambosos exercised his rematch clause and is preparing to paint a masterpiece in this undisputed sequel. 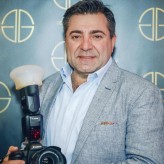