A few days ago, Directus reported: "Pakistanis and KEERFA (Movement United Against Racism and the Fascist Threat) do whatever they want!"

According to their announcement "After the funeral of Vares Ali, unions, anti-racist movements and collectives are calling for a solidarity gathering on Thursday 8/9, 6pm at the Eleonas refugee structure, Agios Polykarpos 85.

Since then, the rally has obviously taken place.

According to the statement by KEERFA and the Pakistanis -

"A massive and dynamic demonstration took place on 8/9 against the racist evacuation of Eleonas. Dozens of refugees and sympathisers demonstrated against the attempt of the Athens municipality to close the accommodation structure and send the refugees to isolated camps or to the street. The result of this racist attack is the worsening of the living conditions of the refugees, culminating in the death of Vares Ali on 3/9."

A refugee who took the floor called on everyone to continue the fight until victory.

The demonstration passed through the neighbourhoods of Eleonas and came out on the Sacred Way, while returning the refugees entered the structure together with the solidarity supporters.

The march circled the camp shouting slogans in different languages ​​such as: "Open the borders for refugees", "Give papers to everyone", "Freedom", "Solidarity with refugees", " Elaionas - not at the closing".

Closing the gathering, P. Konstantinou called for a gathering on the morning of 12/9, the day the school year begins, to rally for refugee children to continue their studies in neighbourhood schools.

Finally, he invited everyone to the anti-fascist mobilisations: in Keratsini for the 9 years since the murder of rapper Pavlos Fyssas on September 18.

The presence of Aslam

Aslam and the Pakistanis, as you will see in the following images, had a central role in the process!

In short, they do whatever they want.

But for the murders of Greek women by Pakistanis, no course! 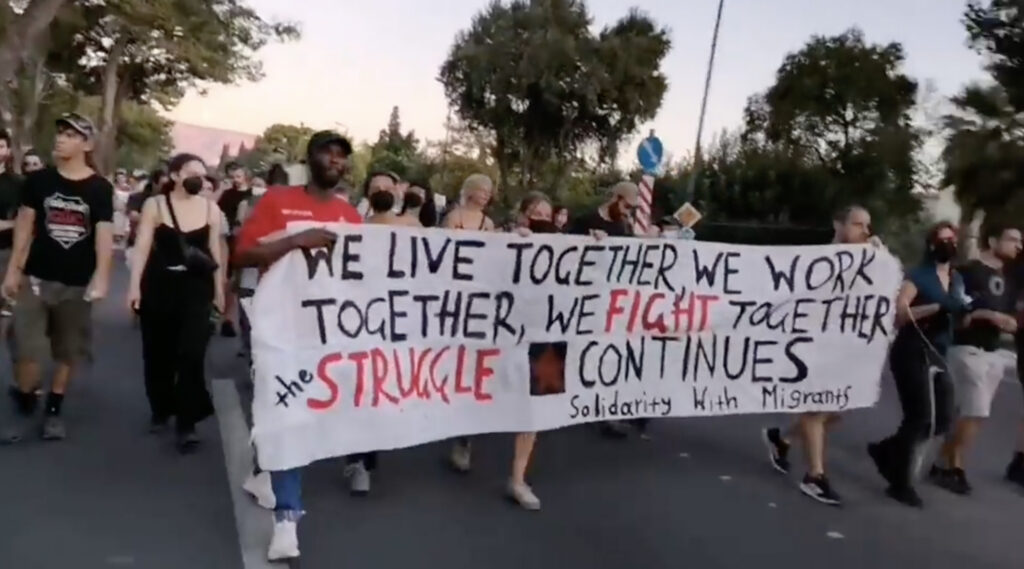 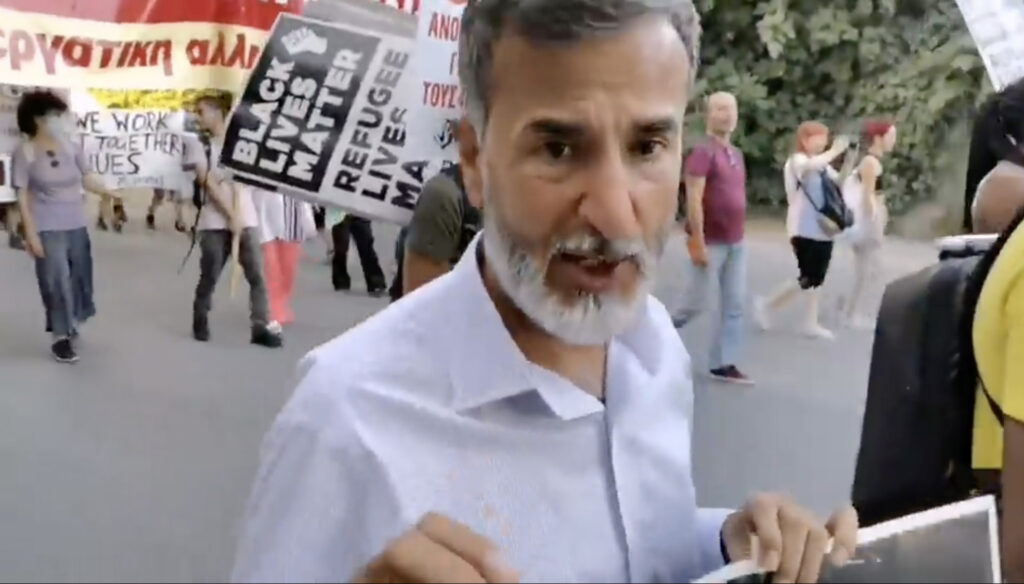 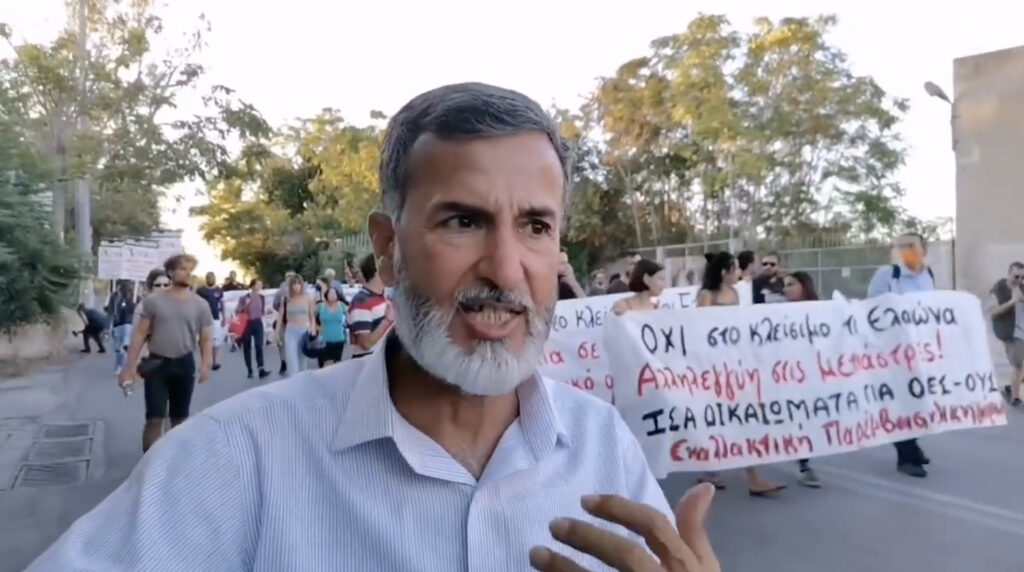 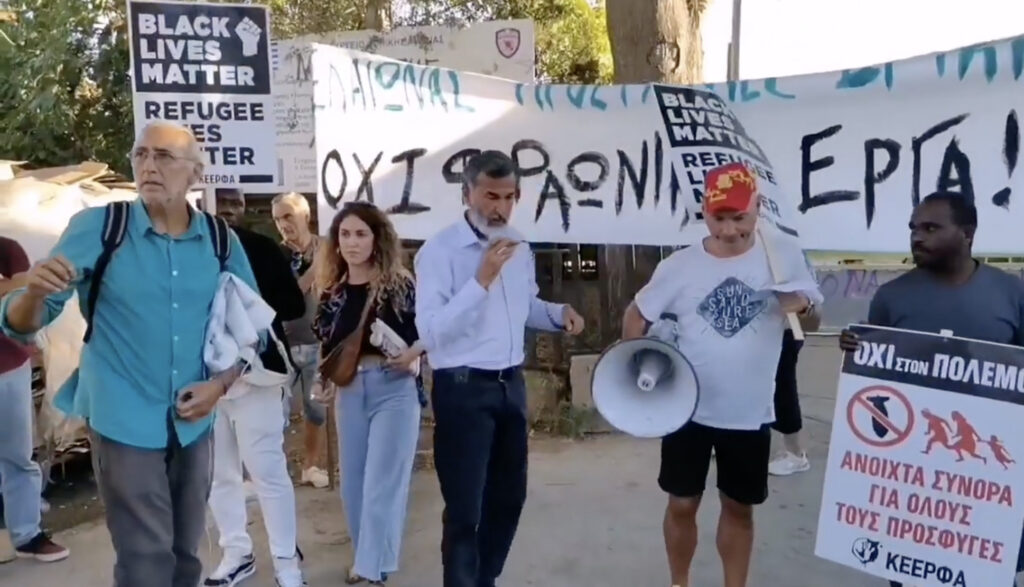 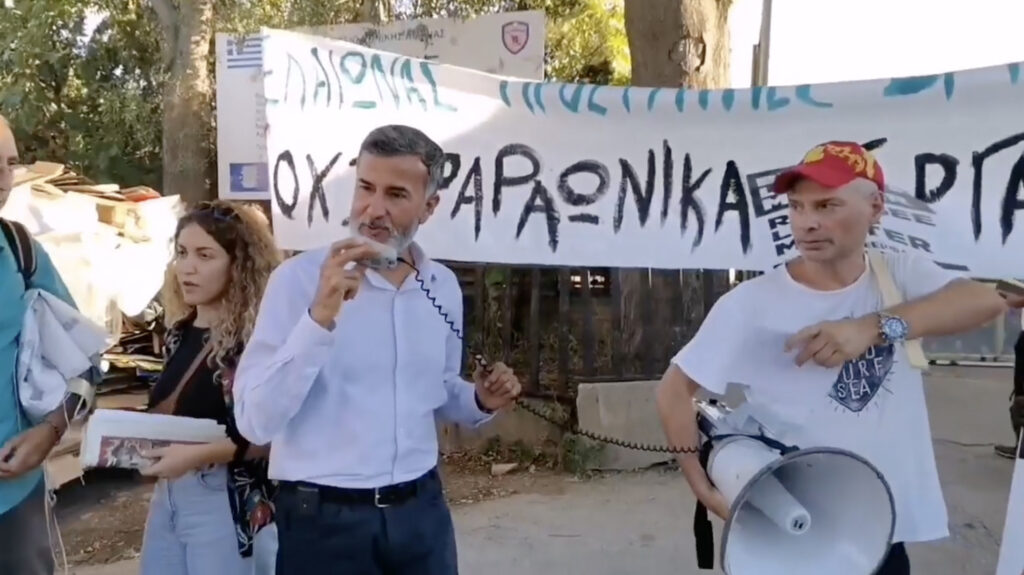 BREAKING: King Charles III is declared sovereign and the day of Queen Elizabeth II's funeral is declared a holiday