Directus made a scathing criticism of the ruling party New Democracy (ND), but also main opposition party SYRIZA, for their tolerance of a hostile Pakistani community that is frequently seen waving flags of pro-Shariah organisations and protesting against the Indian Embassy in Athens.

"Its members have close relations with Greek parties, with them giving "gifts" to the Pakistanis!

ND and SYRIZA mainly have a relationship of "love" as the government lets the Pakistanis protest and hands out residency permits, but on the other hand SYRIZA is in favour of open borders!

The "Pakistani Community of Greece" was at the live broadcast of the speech given by SYRIZA leader Alexis Tsipras.

Let's not forget that Aslam was also at a Communist Party of Greece (KKE) event over the weekend too.

For the record, the keynote speech of SYRIZA's president took place at the party's youth festival! 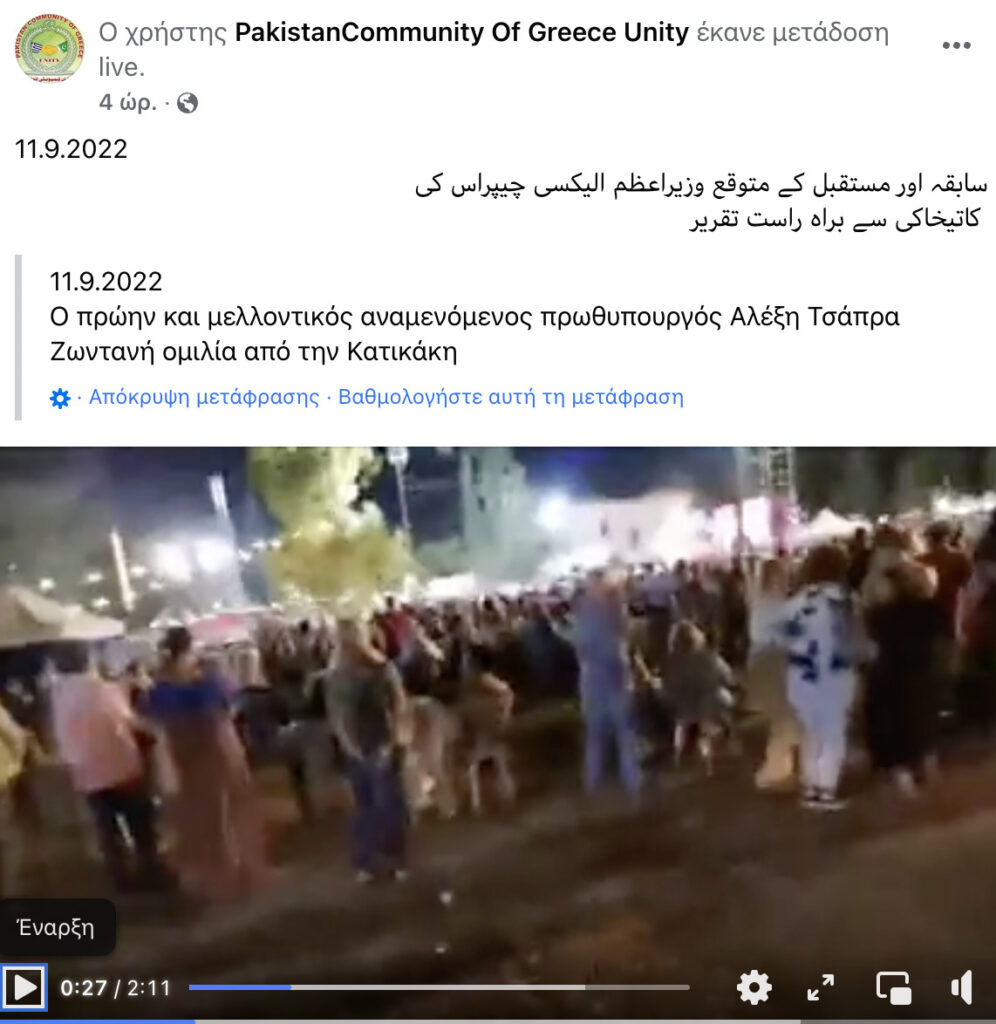 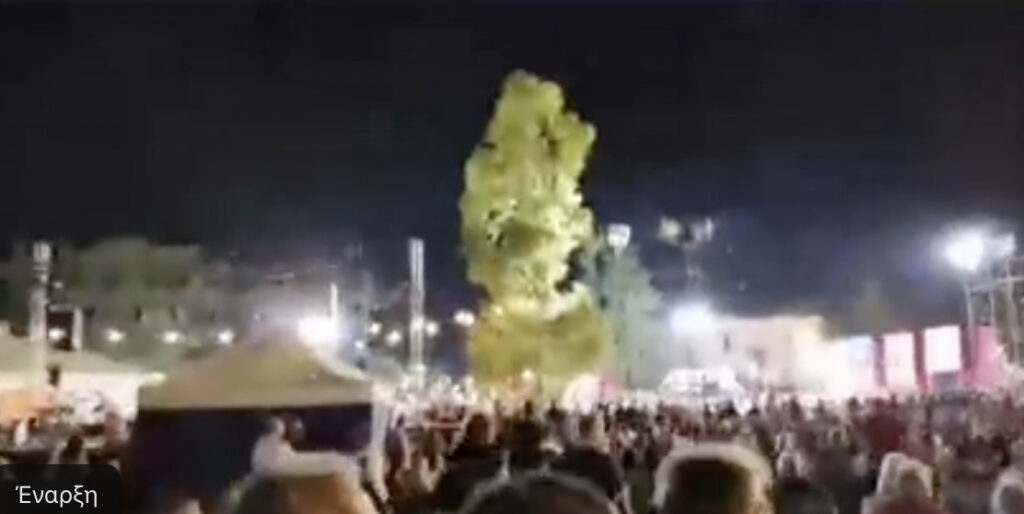 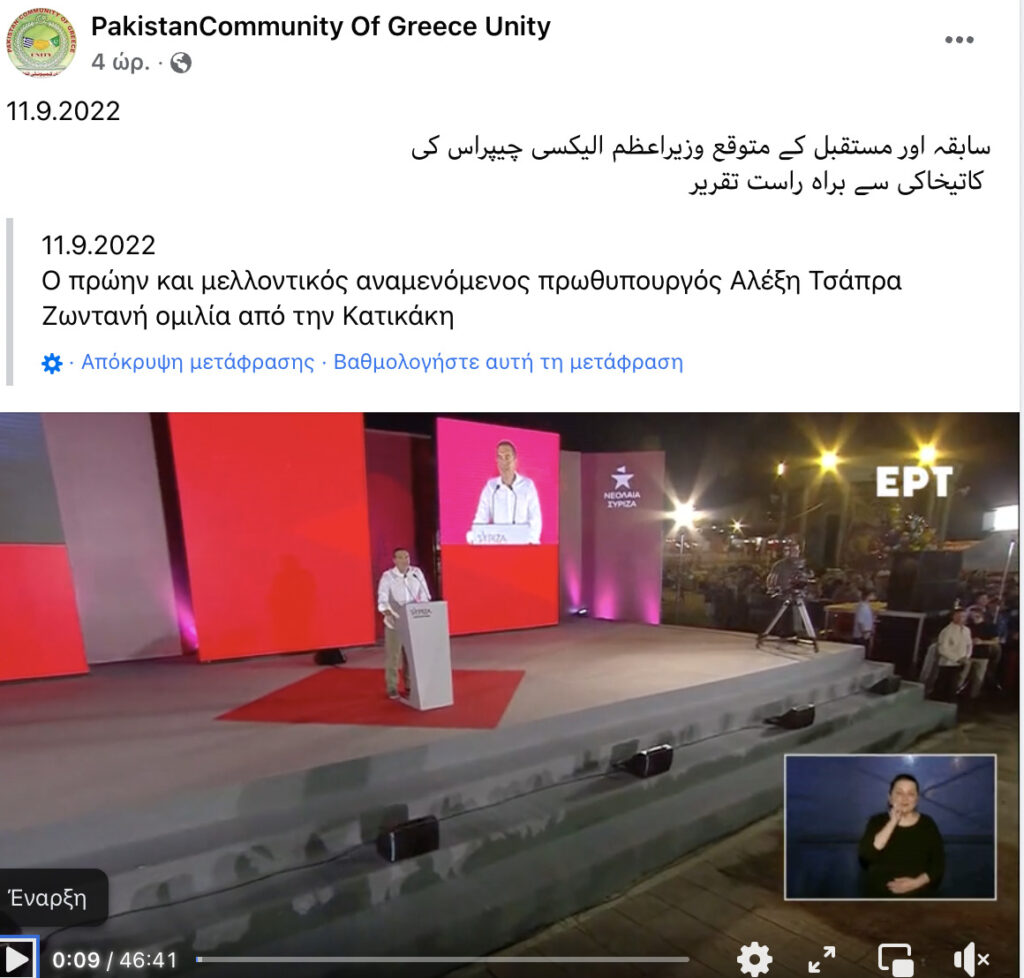 The presence of Pakistanis with government officials

The journalist Syed Mohammad Jamil, apart from being involved in the Pakistan-Hellenic Cultural Society and the "Pak Urdu" channel, officially represents the Pakistani community.

In the photos we see him with the Deputy Minister to the Prime Minister Ioannis Dimitriou Oikonomou. 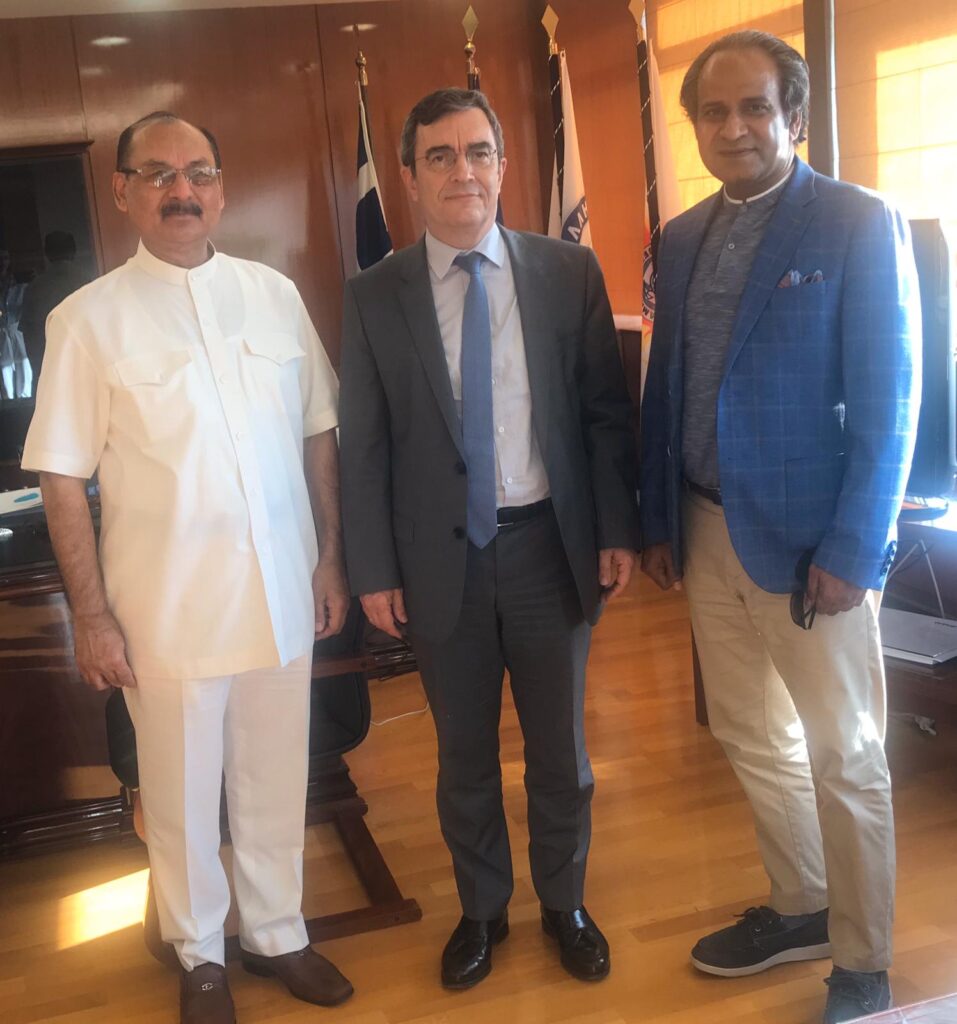 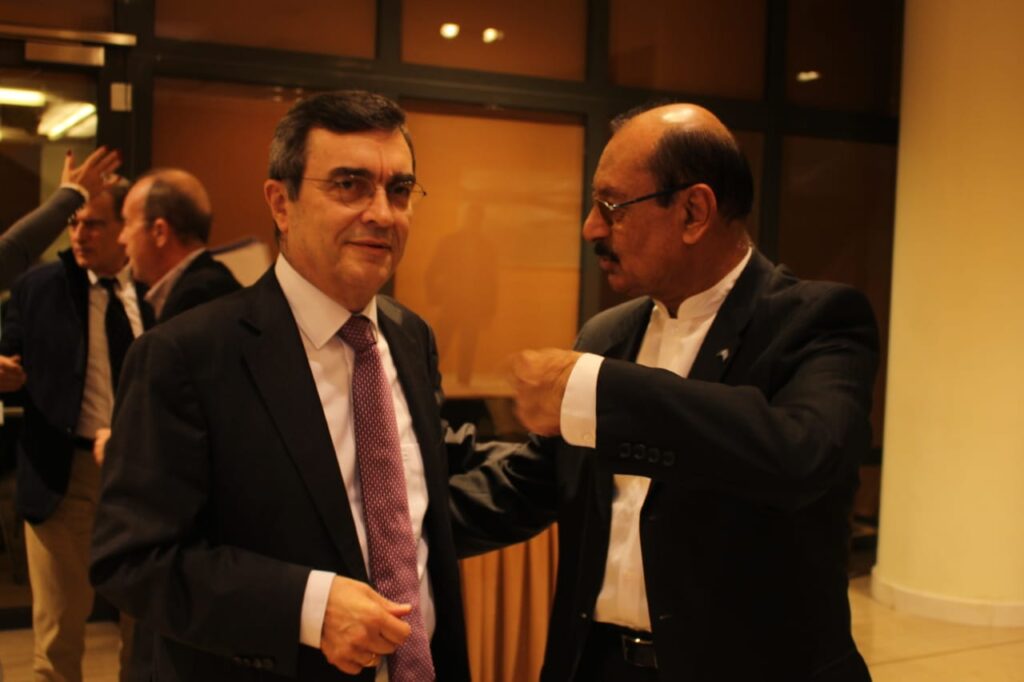 And with MP Sofia Voultepsi 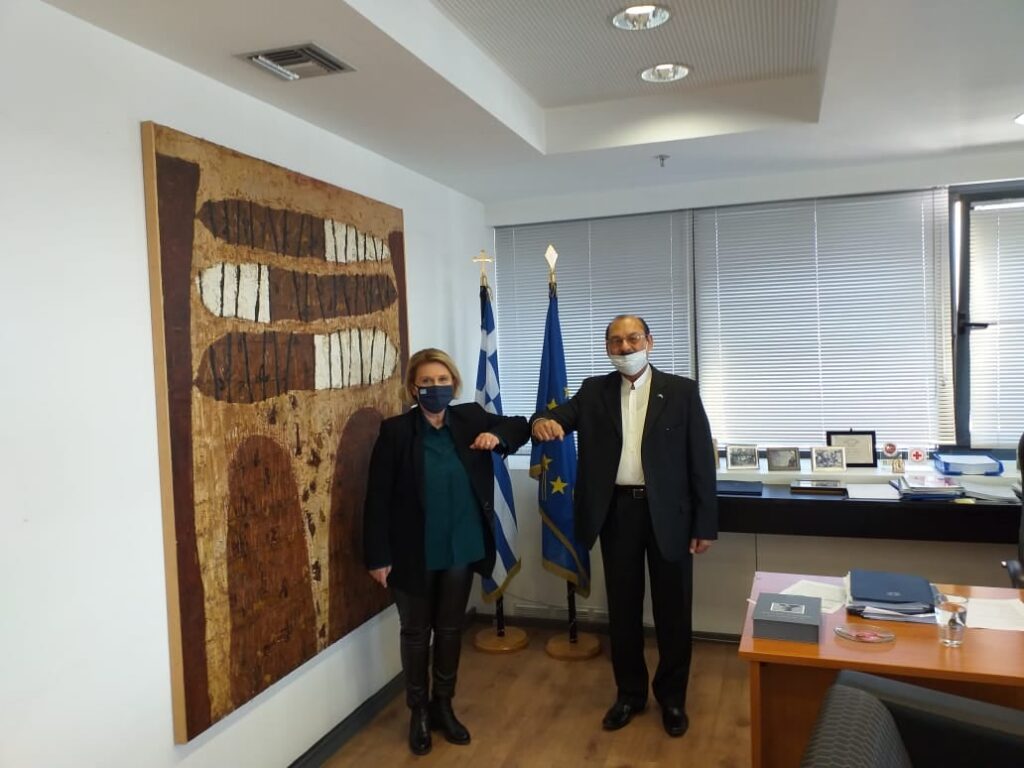 Pakistan is a human trafficking state and a close ally of Turkey. We are legally growing a community at the expense of Greece, a country which is not a friend of Pakistan.

Combined with the alternative state structures that are being created, in ten...twenty years the Muslim element will be so intense that their children will outnumber Greek children.

The show of strength with the marches of a certain group of Pakistanis in the centre of Athens is a dangerous signal that we should not ignore. The Greek government bears the ultimate responsibility.

Pakistan is considered Turkey's #1 ally right now! Turkey and Pakistan have embarked on a joint (dis)information strategy in the media to create a narrative that fits their geographical, political and defence interests in the Mediterranean and South Asia like a glove.

It is clearly a Turkish-Pakistani information alliance in the context of the Turkish hybrid war, which Ankara has been waging against Greece in the Aegean and Eastern Mediterranean for at least two years.

Let's not forget that Turkey and Pakistan are constantly conducting exercises in the Aegean & Eastern Mediterranean. Pakistan and Turkey are getting closer."

The first photos of the Greek Air Force's F-16 Viper fighter jets - "A beautiful day for flying," says US Embassy