Analysing one of the greatest speeches in history: Pericles' funeral oration in 430 BC. The rhetorical devices he used to inspire and persuade are just as effective now as they were then.

Some brief historical context: In 480 BC Persia invaded Greece. The Greek city states put aside their differences and united to defend their homeland. This was when the famous Battle of Thermopylae took place (as made famous by the film 300): 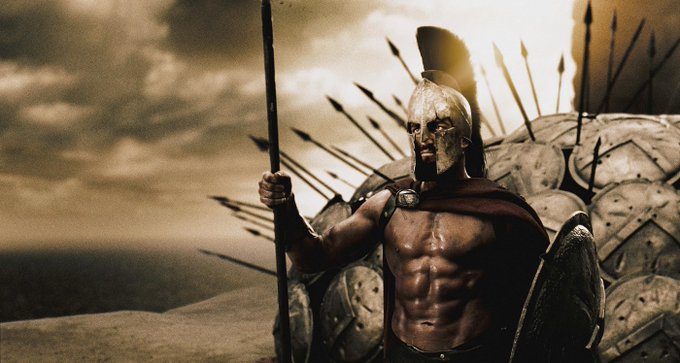 After rebuffing the Persian invasion the Greek cities started fighting one another. A Thirty Year Truce was signed in 445 BC. The truce was broken just fourteen years later and war broke out between the Delian League (led by Athens) and the Peloponnesian League (led by Sparta).

It was an Athenian tradition to hold public funerals for those who had died in war, and for a prominent member of society to give a eulogy. In 430 BC, after the first year of the war, this duty fell to Pericles, the most important man in Athens at the time. 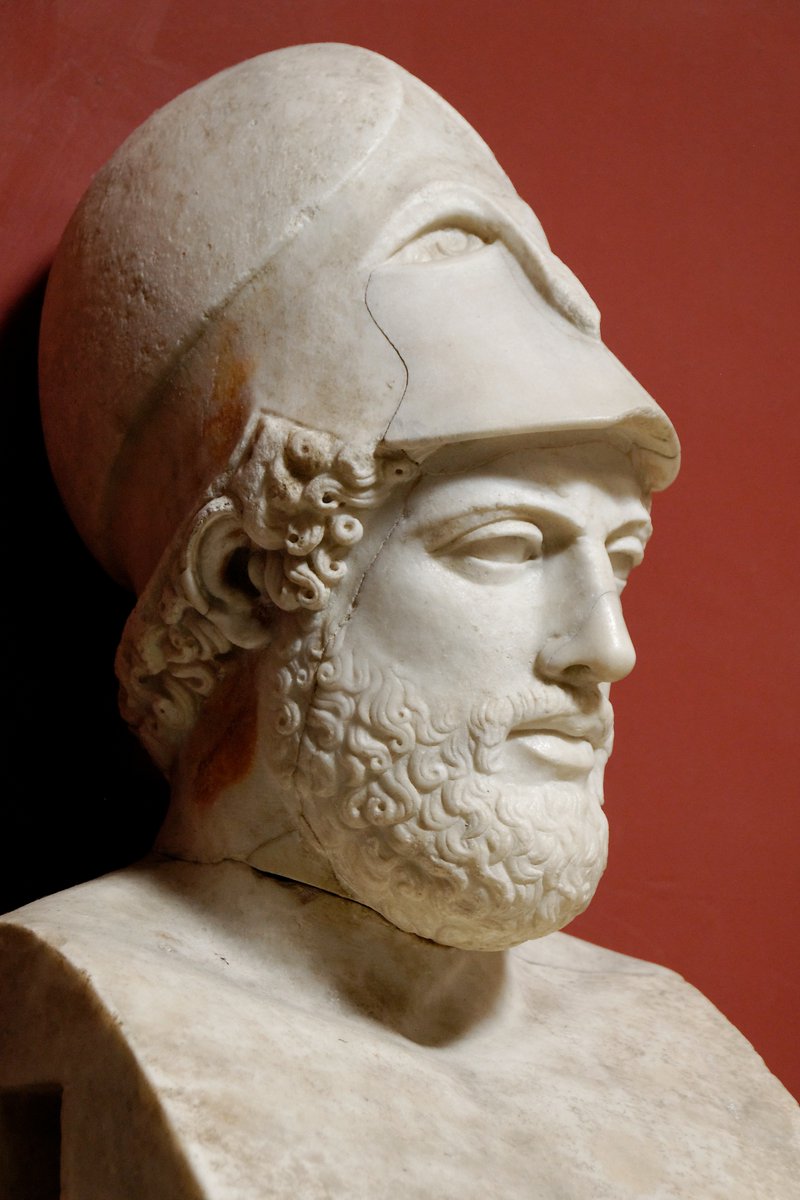 Now let's look at the rhetorical devices he used to inspire and persuade his fellow citizens... (This version of his speech was translated into English by the great classical scholar Rex Warner; rhetorical techniques work in any language)

1. Antithesis The contrasting of two ideas in a single sentence. Contrasting two distinct ideas makes understanding the "right one" easier for the audience.

2. Anacoluthon The unexpected discontinuation in the expression of an idea, mid-sentence. Often accompanied by an abrupt and intentional grammatical mistake. This grabs your audience's attention. Like a wake-up call. And it frames your ideas more sharply.

3. Asyndeton When you skip one or more conjunctions (like the word 'and'). Again, technically a grammatical error. It builds momentum. Removing the conjunction binds each clause together more closely. The audience senses a surging idea in your words. 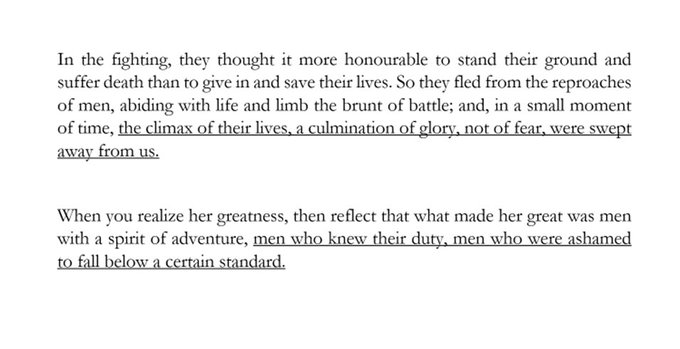 4. Anastrophe When the normal word order of a sentence is changed. This allows you to emphasise a particular word or part of the phrase. It can also add a lyrical, poetic quality to what you're saying.

5. Anadiplosis Repeating the last word of one clause at the beginning of the next. It emphasises that word. It becomes the fulcrum of the sentence.

6. Antanagoge Deflecting potential criticism of a negative by pointing out a positive. It's great to show some humility - recognising a problem. And it's one step better to offer a solution.

7. Asterismos A single word (or short phrase) that calls for the audience's attention at the start of the sentence. A normal example is to start by saying "Listen." It is a way of asking the audience to pay careful attention to what comes next. 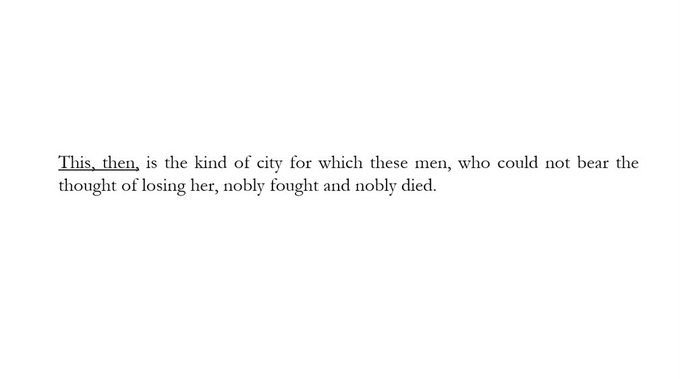 8. Eutrepismus Laying out the order of your speech, either numerically or chronologically. This does a couple of things. It gives your audience an idea of what to expect and it adds an overall clarity and structure to your speech, right from the start.

9. Procatalepsis Raising a potential rebuttal to or problem with your speech and immediately addressing it. This, of course, strengthens your argument. It also earns the trust of the audience by showing an awareness that there are potentially other views on the matter at hand. 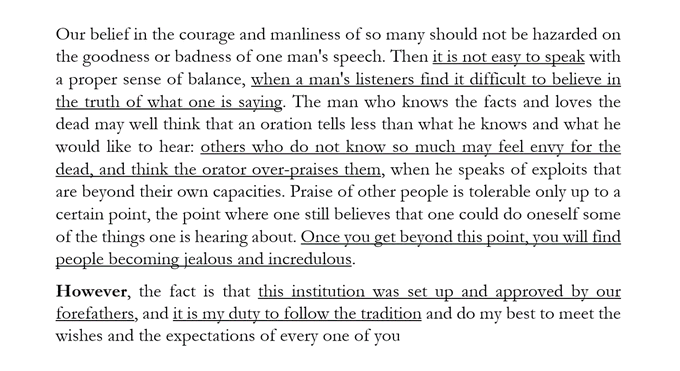 10. Metonymy Referring to something by a concept or object closely associated with it. It sparks in the audience's mind: you can present an argument much more creatively and memorably by using metonymy.

11. Anaphora Repeating a word (or series of words) at the beginning of consecutive clauses or sentences. It does several things, such as building momentum. It can also be used to contrast different ideas relating to those repeated words, or indeed point out similarities. 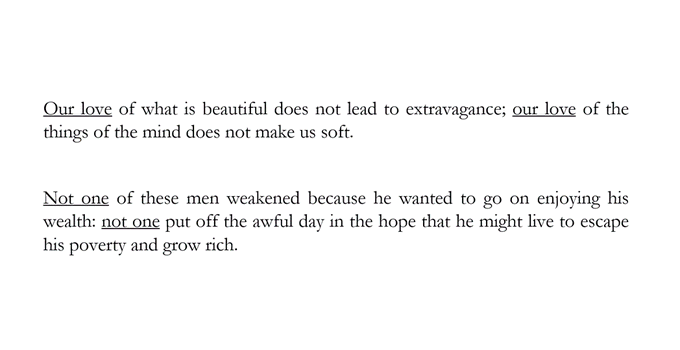 12. Apophasis Bringing something up by claiming you don't want to mention it. This is normally either a humble brag or a sly dig. However, it can also serve as an indirect way of reminding your audience of something without going into detail. 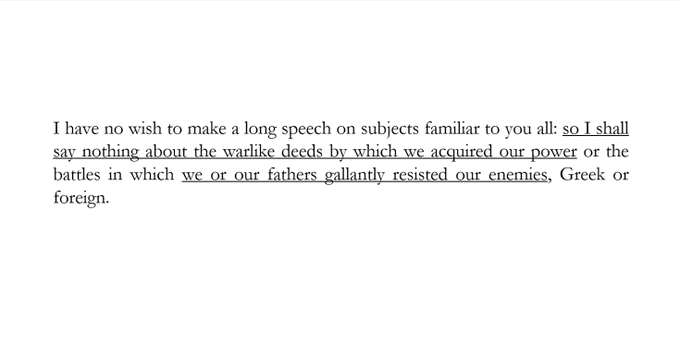 13. Aporia An of expression of doubt, real or feigned, in the whole purpose or nature of your argument/speech. This catches the audience off-guard and intrigues them. It can also set you up to overcome that doubt later on, thereby exceeding your audience's expectations. 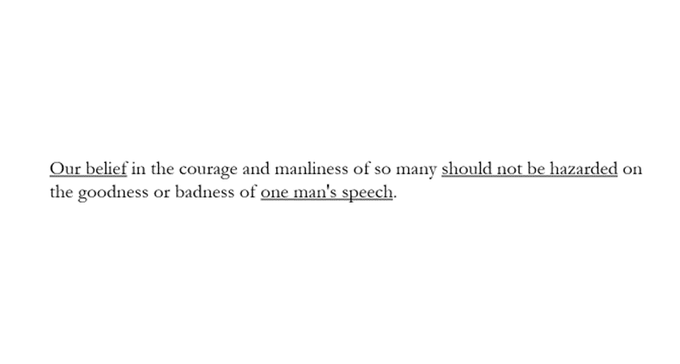 14. Exergasia When an idea is repeated multiple times, but the way it is expressed changes. This allows you to build momentum around a single point or idea. It can create a complex, compelling wave of logic or emotion which is hard for the audience to resist. 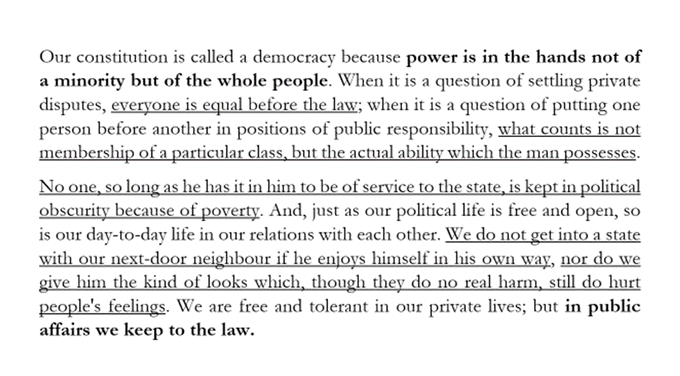 15. Dysphemism When a negative term is used to replace a neutral one. The opposite of euphemism. It can be funny, caustic, or manipulative. It certainly adds some texture - in the form of imaginative language - to your speech.

16. Litotes Using an understatement to emphasise the idea you’re referring to. Often features a double negative. This works because a double negative catches the audience’s attention and forces them to think. It also breaks the monotony of expressing things in the same way. 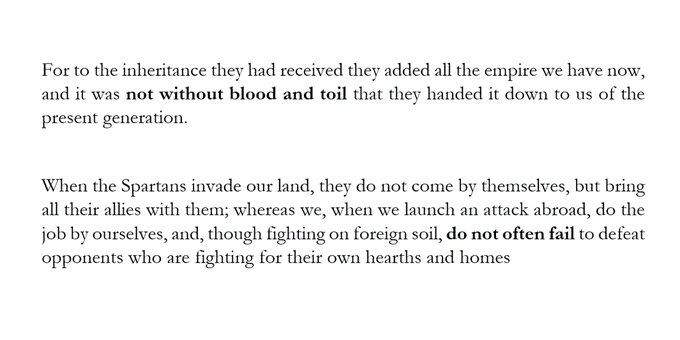 17. Antimetabole The use of a phrase in consecutive clauses but with reversed word order. This adds lyrical quality to your speech. It also slows things down and adds an unexpected emphasis to your point.

And that's enough for now. Rhetorical devices can be layered together, of course, as in many of the examples above. And there are many, many more... But rhetoric isn't just for speaking; it's also for writing. Nobody would fail to benefit from studying the art of rhetoric.

By The Cultural Tutor.

Panagiotis Pavlos: Geopolitical fluidity in Greek-Turkish relations and its impact on the Eastern Mediterranean