New Democracy (ND) maintains a 6.3% lead over SYRIZA, according to the first part of the MRB poll for OPEN, which was presented on Thursday night on the station's main news bulletin. In terms of voting intention, the ruling party has a percentage of 29.1%, main opposition SYRIZA has 23%, and PASOK 11.5%.

The Communist Party of Greece (KKE) is at 5% and Hellenic Solution at 4.5%. It is followed by MeRA25 with 3% and the "Hellenes" Party of Ilias Kasidiaris with 2.6%. Prime Minister Kyriakos Mitsotakis is still leading with 38.1% against SYRIZA leader Alexis Tsipras's 29.2% when asked who is more suitability for prime minister.

The answer "none" got a high of 25.7% while 7% consider some other political leader more suitable. Mitsotakis gathers a greater percentage of support 46% compared to 20.6% of Alexis Tsipras in the management of national issues and 37.6% compared to 27% regarding development issues.

Regarding the support of the income of citizens and the middle class, Alexis Tsipras gathered 34.7% against 28.5% of Kyriakos Mitsotakis. On matters of public concern, accuracy is the most basic problem that most people face. 51.9% mentioned it as the most important issue, while in second place with 11% was the Patsis case. Regarding the Household Basket initiative, only 33% of respondents consider it a positive measure while 61.1% consider it negative. 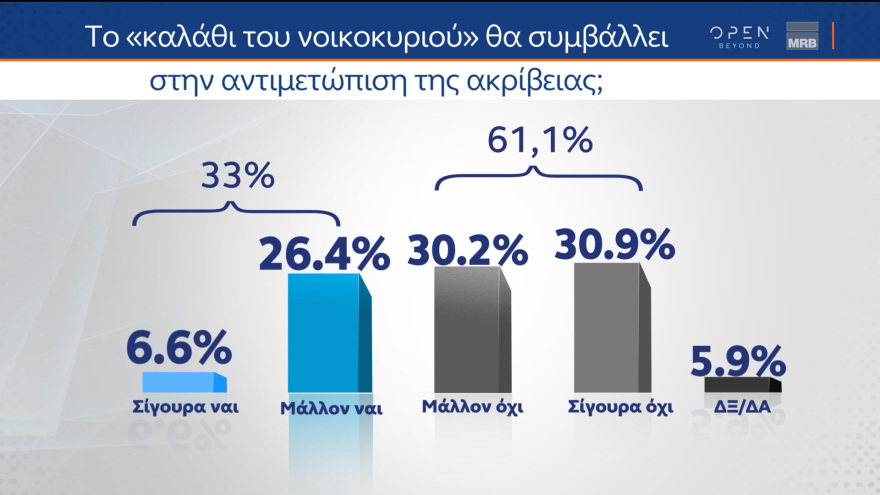 Among the remarkable points of the poll is the fact that 81.4% consider the Patsis case to be very serious. 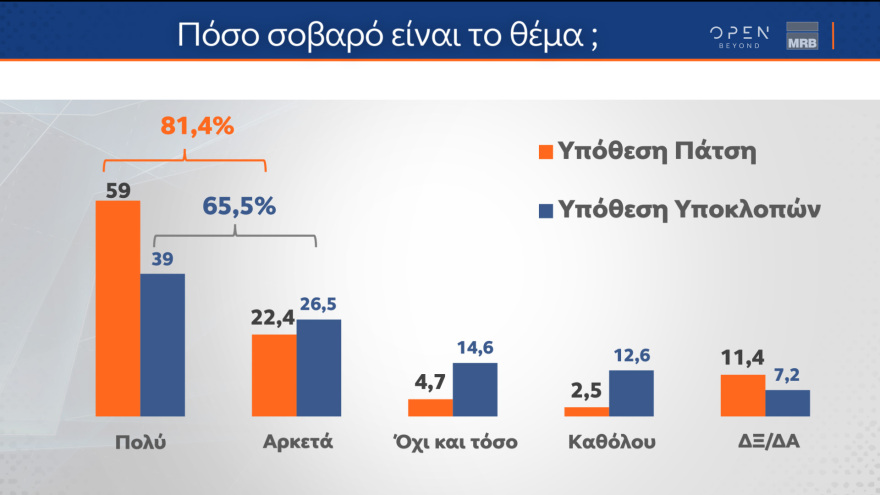 The head of the Financial Prosecutor’s Office on Thursday ordered an investigation into the business activities of lawmaker Andreas Patsis, who was recently booted from ruling New Democracy’s parliamentary group over discrepancies in his provenance of wealth declaration.

The inquiry will be looking for evidence of tax evasion, money laundering or other crimes in any companies that Patsis or close relatives of his may have been involved in.

READ MORE: Mitsotakis on Erdoğan: If Greece had 85% inflation, I would change the subject too.