The Egyptian Ministry of Tourism and Antiquities have announced, with accompanying photos, the incredible discovery of a rock-cut tunnel deep below ground in the area of the Taposiris Magna Temple, west of Alexandria in Egypt.

The massive tunnel, which has been described as a ‘geometric miracle’ stretches over 1,300 meters (4,265 feet). The area has been under investigation in the search for the long-lost tomb of Queen Cleopatra.

The tunnel was discovered 13 meters (43 feet) underground by the Egyptian Dominican archaeological mission of the University of San Domingo, headed by Dr. Kathleen Martinez. During the excavations and archaeological survey of the tunnel a number of ceramic vessels and pots were found under mud sediment, as well as a rectangular block of limestone. Two heads made of alabaster were also found near the temple, one of which dates to the Ptolemaic period. 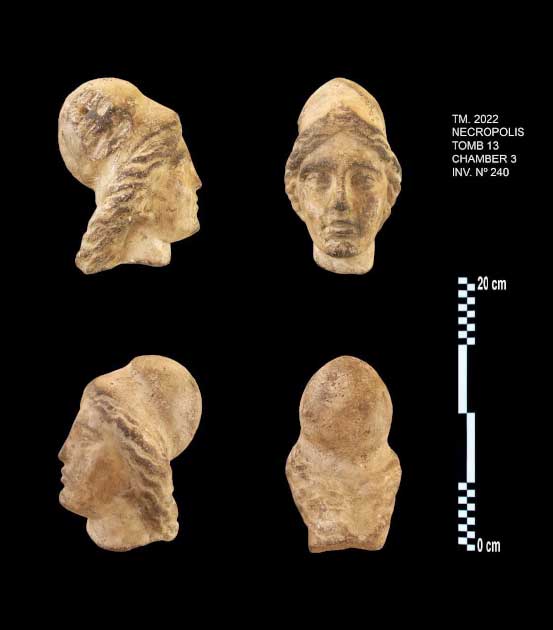 The architectural design of the newly discovered tunnel resembles the magnificent Tunnel of Eupalinos on the Greek Island of Samos, which is considered one of the most important engineering achievements of the Classical world. 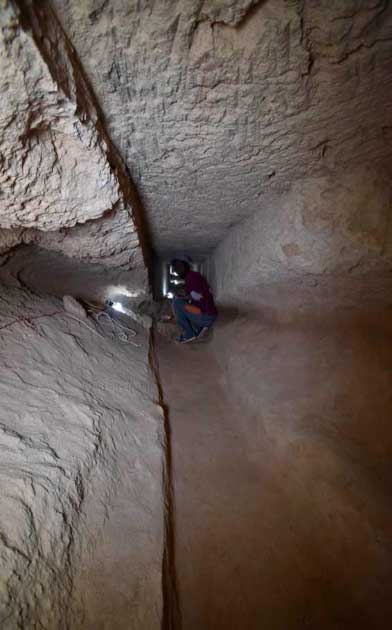 Taposiris Magna, which is a name meaning “great tomb of Osiris”, is an ancient city established by the pharaoh Ptolemy II between 280 and 270 BC. After Alexander the Great conquered Egypt in 332 BC and established Alexandria, the city of Taposiris Magna became a center for the religious festival of Khoiak. The Khoiak festival revolves around the legend of the god Osiris, who was murdered by his brother Seth, and revived by his sister-wife Isis, who conceived their son Horus.

The temple at Taposiris Magna was dedicated to Osiris, who was worshipped by Greek leaders in Egypt who honored the old traditions. 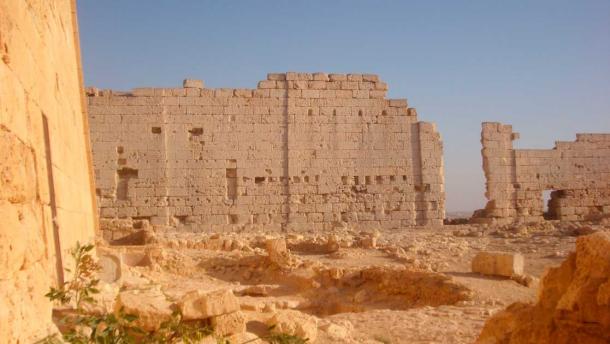 The Final Resting Place of Cleopatra?

For the past 14 years, Dr. Kathleen Martínez has been the head of excavations at Taposiris Magna. The discoveries made during that time have made her more and more certain that she is close to the long-lost tomb of Cleopatra VII and her lover Mark Antony . The famous ancient Egyptian queen’s proposed ties to the site has brought it to international headlines as new and intriguing finds and documentaries are made about the site every few years.

There have been many notable discoveries during the excavations. For example, in 2010, a huge headless granite statue of a Ptolemaic king was unearthed. Dr. Zahi Hawass believes that it probably belonged to Ptolemy IV and was dedicated to the god Osiris, stressing the link between the ancient site and the well-known ancient Egyptian god. Martinez said that the excavations have also found a beautiful statue head of Cleopatra, along with 22 coins bearing her image.

Behind the temple, a necropolis was discovered, containing many Greco-Roman style mummies who were buried with their faces turned towards the temple. This means it is likely the temple contained the burial of a significant royal personality, like Cleopatra.

Could the newly found underground tunnel lead archaeologists closer towards the tomb of Cleopatra and Mark Antony? Only time will tell!

By Joanna Gillan via Ancient Origins

Lefteris Pantazis: "I loved all women, but the relationship that marked me was with Angela Dimitriou"